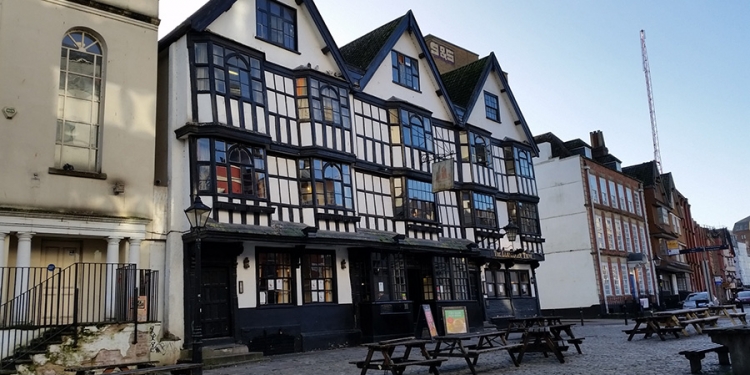 The allegedly very haunted Llandoger Trow in Bristol has been saved following its closure last year and will soon re-open to the city's drinkers.
The future of the historic pub on King Street was left uncertain when its previous owner permanently closed its doors over the Easter weekend in 2019 after 350 years of serving locals.
The harbour side pub is without a doubt the most haunted location in Bristol, boasting 15 ghosts, most famously the ghost of a young boy. The historic pub is located on King Street near the old city centre docks and was named by a sailor who owned the pub. Llandoger is a village in Wales which built a type of flat bottom boat known as a trow.
Bloomsbury Leisure Group, who own several other bars in the city, have purchased the property and plan to refurbish the inn and re-open it.
Although a date has not yet been announced, local paranormal group Shadow Chasers shared their thoughts on the purchase on Facebook. They wrote, "this really is great news, it was a fantastic location to film for season one and we were very sorry to see this historic building close its doors. We wish the new management our very best and every success in these challenging times."
The black and white timbered building has been locked up for over a year, since its previous owner, Whitbread, made the decision to close the inn. At the time, they said they hoped the property would continue to operate as a pub under new ownership. In a statement, the pub chain said "we understand the Trow is a much-loved Bristol landmark and it is being marketed as a going concern. The sale of course means the site will no longer be owned by Whitbread, but we remain absolutely committed to the Bristol community."
The pub was legendary in its heyday and is the place where Daniel Defoe was inspired to write Robinson Crusoe and the pub which Robert Louis Stevenson based the the inn on in Treasure Island.
Many staff and guests to the pub have reported seeing the ghost of a young boy, even more have heard his footsteps. Some say he was murdered in the inn and has been heard wandering around the building ever since. They hear his footsteps going along the landing and up and down an all staircase in the heart of the old building. The boy was said to be disabled which made the sound of his feet clomping on the wooden floor boards even more apparent.
On certain occasions the little boy has been seen coming down the staircase carrying a white enamel pale in his hands.
Tags:
paranormalbristolthe llandoger trow