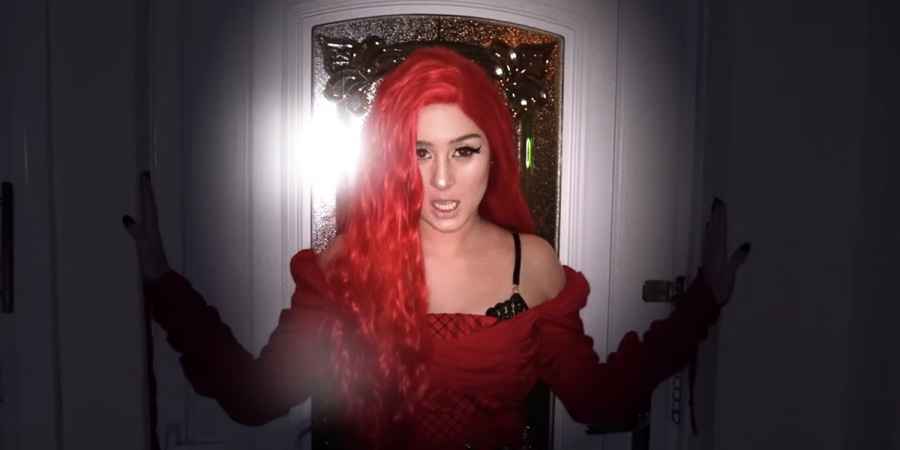 Photo: youtube.com
British singer-songwriter Charlotte Hannah has filmed the music video for her new single, 'Poison' inside of 30 East Drive, a real haunted house in Pontefract.
The creepy music video for the South Yorkshire-based musician's new single, 'Poison', premiered on YouTube just in time for Halloween. The video shows Charlotte performing the song in a house which is said to be the most haunted in England.
The unassuming former-council house in the Chequerfield Estate in Pontefract is use to hosting film crews, but usually they're shooting paranormal documentaries or ghost hunts. This time around it was a music video being filmed within the famous paranormal hotspot.
'Poison', which was released on streaming platforms in September, started out as a piano ballad by the young up and coming artist back in 2017.
Charlotte said, "I sat down at my piano to write and express my conflicted thoughts about a new relationship. I played around with the imagery of alter egos, the temptations of unknown territory and how a relationship can change you for the better or sometimes worse."
The young singer went on to share the song with producer, Tom Barker, at Steelworks Studios and the result is what Charlotte describes as "a dark, eerie pop song with story telling lyrics."
Charlotte says that she was inspired by the Halloween season, "we experimented with scratchy synths, strings and samples." She added, "with Halloween 2020 fast approaching, now feels like the perfect time, with the spooky season on the horizon. I want to share with everyone the world of POISON to get everyone in the Halloween spirit."
Charlotte is quickly building a name for herself on YouTube having notched up almost three million views of her covers of pop songs, including tracks by Lil Nas X, Calvin Harris and Maroon 5.
Choosing to film a music video at 30 East Drive was a brave move, especially around Halloween when the house is most likely to come alive. The story of its haunting started in the 1960s when the family living in the house, the Pritchards, claimed they were experiencing supernatural goings on.
The house is believed to be haunted by the malevolent spirit of a 16th Century monk known as the Black Monk of Pontefract. It's said that he assaulted and murdered a young girl and for his crimes was hanged on the gallows which were said to be originally located on the land the estate was built on. He was then thrown down a well near the house and left for dead.
Over the last few years the house has been made famous by television shows like 'Most Haunted' and 'Paranormal Lockdown', and the movie 'When The Lights Went Out'. It's also become a popular location for public ghost hunts.
We just hope for Carol next door's sake that Charlotte didn't play her catchy new track too loudly while filming there.
Add A Comment
Tags:
musicparanormaltopicalpontefracthalloween 2020