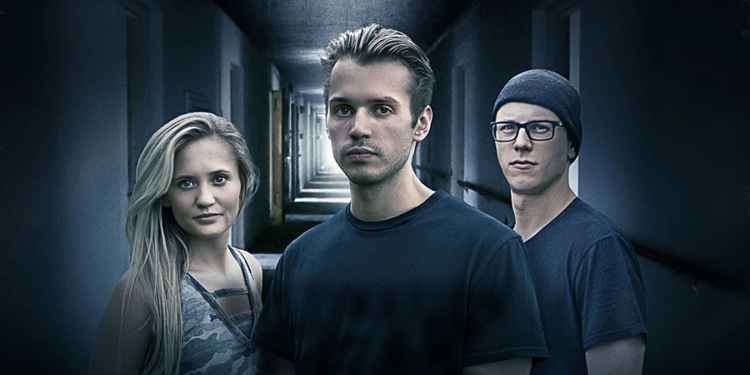 Paranormal explorer, Dakota Laden's, US ghost hunting show has been added to the Really channel's #Freakend. 'Destination Fear' sees Dakota travel the US in an RV with his sister Chelsea Laden, and best friend Tanner Wiseman visiting some of the most locations across the country.
The show could potentially be the most terrifying road trip ever attempted, lead by Dakota, who spent the last few years investigating the frightening unknown with Zak Bagans and the 'Ghost Adventures' crew.
The team will spend the night in these haunted locations, testing the limits of human fear. The series first aired in the US last year, but British fans of the paranormal will get to watch the ten-part series from Friday, 14th February and continuing every Friday at 9pm.
Dakota and his team's goal is to face their deepest, darkest fears and prove their theory that the only way we can understand the paranormal is if we push ourselves to the limits of fear and overcome the terror it creates in us.
In the series premiere, they team investigate Brushy State Penitentiary in Petros, Tennessee. A former prison known as the "Alcatraz of the South". The location has witnessed more than 10,000 deaths throughout its history of incarceration and correction. It famously held the assassin of Martin Luther King Jr., James Earl Ray.
As well as Brushy State, the team will visit the Old South Pittsburg Hospital in Tennessee, where Dakota and Chelsea's sibling bond is tested when Chelsea is confronted by an aggressive entity with a grudge against women on the third floor. From here they move on to their darkest and most-terrifying location yet, Sweet Springs Sanitarium, the site of a horrific Native American massacre.
Dakota and the crew then jump back in the RV and move on to Virginia where the team reveal a terrifying twist when they investigate St. Albans Sanatorium in Radford, they spend a night at Eloise Psychiatric Hospital in Dakota, and they investigate the Madison Seminary - one of the most haunted locations in Ohio.
Later in the series the team visit the historic Statler Hotel in New York, the infamous West Virginia State Penitentiary, Fairfield County Infirmary in Ohio, and the team face their biggest paranormal challenge of the series at the Pennhurst State School in Pennsylvania.
The #Freakend begins on Thursday nights at 9pm, when you can catch Jason Hawes, Steve Gonsalves and Dave Tango's new ghost hunting series, 'Ghost Nation'. This is followed by 'Paranormal Lockdown UK', which documents the adventures of another US paranormal team consisting of Nick Groff and Katrina Weidman.
The network's ghostly offering continues from 9pm on Friday night with 'Destination Fear', and at 10pm 'Most Haunted' makes its return to the #Freakend. Fans of the long-running British ghost hunting show will be sad to hear that these are not new episodes, but are instead repeats from a previous series shown on the channel.
Yvette Fielding and the team are followed by 'Ghost Adventures', which has been pushed back an hour to 11pm, but viewers will be treated to a double bill of Zak Bagans and GAC.
You can watch 'Destination Fear' on Really on your television in the United Kingdom and Ireland on Freeview (17), Sky (142), Virgin Media (129) and Freesat (160), plus YouView, BT TV and TalkTalk TV. Or watch previous episodes of #Freakend shows on demand on dplay.
View Comments
Tags:
paranormaltelevisiontopicaldestination fear