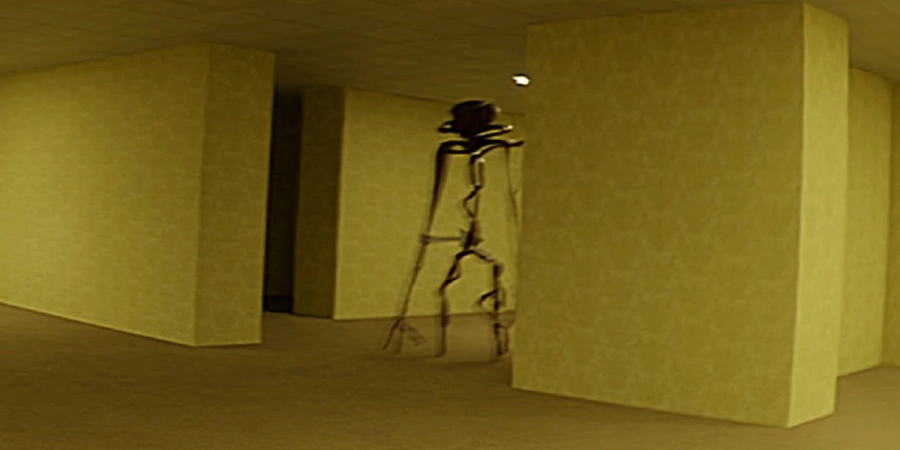 Photo: © Kane Parsons
A terrifying short film set in the backrooms and created by a 16-year-old filmmaker has notched up over 18 million views and has been called "the scariest video on the internet" by one self-proclaimed spooky stuff enthusiast.
The nine-minute-long video entitled 'The Backrooms (Found Footage)' was created by Kane Parsons, who goes by the name of Kane Pixels on YouTube. It's based on the internet myth of a creepy realm called the backrooms.
The legend of the backrooms, an endless monotone yellow maze made up of empty office-like rooms, started being shared online in 2019. It's said that to enter this vast space characterised by the damp smell of wet carpet and endless hum of fluorescent lights, you must glitch out of reality.
The horror meme peaked in January of this year when Kane uploaded what is presented as an amateur video shot in 1991 by a teenager who accidentally ended up in the backrooms and is stalked by an unknown entity.
The teenage movie maker has been praised for the low-budget production, which is created using a mix of live-action video and computer generated imagery. The video feels all the more real due to the camera shake and a VHS quality image.
The backrooms are an odd concept, an ever-growing world based on internet horror stories, which is expanding through various forms of media including video games and YouTube videos.
In Kane's interpretation of this disorientating space, we're taken into the backrooms by the unseen teen behind the camera who has glitched out of reality and landed in the unsettling yellow domain of the never-ending hallways and rooms with no way out.
The eerie plain of existence featured in Kane's video is what's left behind after a failed 1980s government experiment. The Async Research Facility had been trying to create an infinite location, which would have solved the problem of limited storage and provided living space, but something went horribly wrong and now the dank and ominous space hostile beings.
More of the backstory, as dreamed up by Kane, is told in a follow up video entitled 'Backrooms - Informational Video'. The clip which is marked as "for internal use only" builds on the story of the experiment, dubbed Project KV31.
Tags:
youtubetopicalhorror