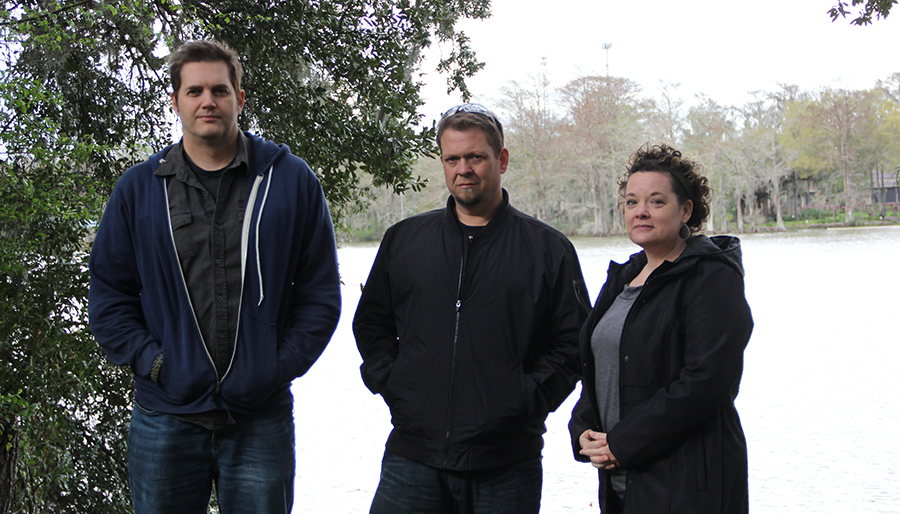 We're a few weeks late to this news here in the UK, but it seems a new American ghost hunting show has caught footage of what appears to be a full-bodied apparition of a young girl in a white dress walking through a house in Louisiana.
The Travel Channel's 'Ghosts Of Morgan City' features paranormal investigators Ben Hansen - a former FBI agent, Jereme Leonard and Sarah Lemos as they search for ghosts in various haunted locations in Morgan City, Louisiana.
The alleged ghost was caught on camera during an investigation for the show's third episode, in which they spent the night at the Idlewild Plantation in St. Mary Parish, Louisiana. The figure was seen walking through the dining room while the house was empty. The incident was caught on a static camera placed in an adjoining room.
The show's lead investigator, Ben, posted a follow-up video on Facebook which gave additional details on the evidence.
If the footage is genuine, then it's very good evidence of the paranormal. The problem is, it's a little too good to be true, making it hard to believe. The figure is so clear that it looks like a living human walking through the house in the dark.
In the Facebook video Ben presents some additional footage and talks us through the moments leading up to the capture of the apparition. Speaking over the footage, he says "about 40 seconds or so before the ghost walks by, a light goes on in the bedroom to the right, at the same time we see movement of someone or something in the mirror on the left-hand side in the parlour."
This footage of movement and the light turning on and then off again, which didn't feature in the episode, Ben thinks strengthens his argument as he think this is also the ghost. But, surely the fact that someone is moving around in the house before the sighting just proves that it was a living person in the property.
Ben also says several times in the video that the figure the team captured is transparent, although this doesn't seem to be the case. As the figure passes the table and chairs in the dining room these items are not visible through the apparition. In fact it's because the figure appears to be so solid that it looks like a human and not a ghost.
'Ghosts Of Morgan City' continues on the Travel Channel in the US on Friday night.
Tags:
paranormaltelevisiontopical