Ghost Communicates With Knocks At Armley Mills In Leeds 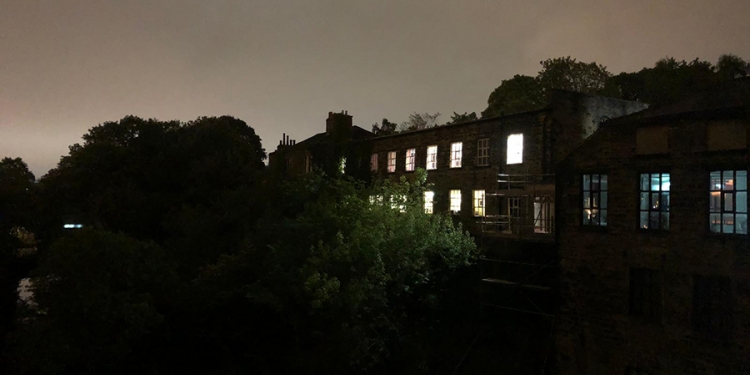 🖤
I've attended a lot of ghost hunts and have tried various methods of communicating with spirits, including Ouija boards and ghost hunting gadgets with varying levels of success, but the one method of communicating I've never had any luck with is the most basic of them all... knocking.
If you've ever watched a paranormal investigation show on TV or been on a ghost hunt yourself then you're probably familiar with the concept of communicating with spirits by encouraging them to tap once for "no" and twice for "yes", but I've never heard the phenomenon in action.
That all changed when I visited Armley Mills in Leeds, a huge woollen mill that dates back to the 16th century and was once the biggest in the world. Since closing in 1969, it is said to house Victorian ghosts and poltergeist activity, as well as disembodied voices and dark shadows.
I was at a public ghost hunting event where celebrity ghost hunters Yvette Fielding and Karl Beattie from the television show 'Most Haunted' were sharing their experience in paranormal investigation. The 'Most Haunted' team are well known for their ability to communicate with spirits via tapping, so I was excited to see if with their energy they'd be able to encourage the spirits to tap for us at Armley Mills.
We started our investigation in a part of the mill which is now known as the cinema room, we had already heard a few knocks, but nothing that could be described as communicative. The room is said to be a paranormal hotspot where two spirits roam. One is an original ghost of Armley, whereas the other has come with the 1930s fixtures and fittings of the cinema. One of the apparitions is said to be sinister and people have reported seeing seats move all on their own. 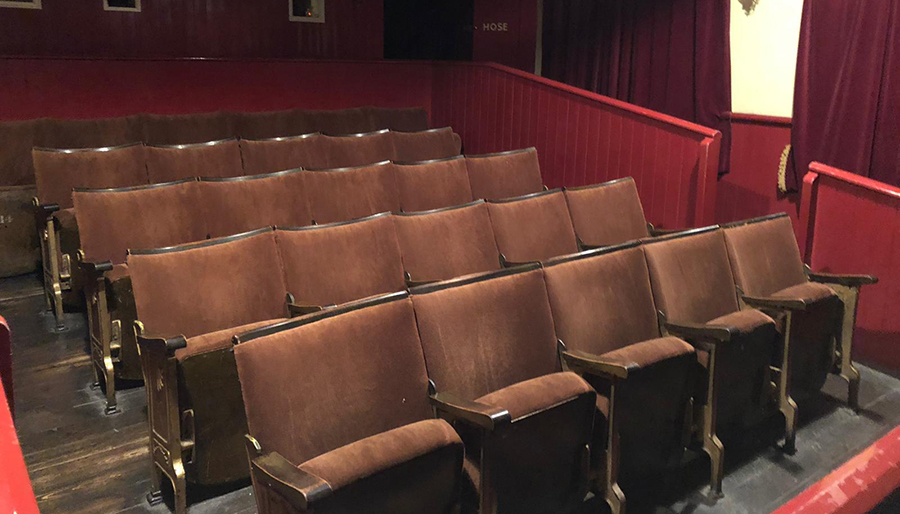 I was excited when Yvette and Karl joined us in this area and began to call out to the spirits of the mill. Yvette started by calling out "is there anybody here that wants to talk to us? Can you make a noise?" And within seconds a fairly loud thud was heard. To me it didn't sound sharp like something hard striking one of the surfaces in the room, it didn't even sound like knuckles rapping on wood. It sounded like a dull thud as if someone was banging a hard surface with the side of a closed fist or like a bang on the wall from another part of the building. From where I was sat it was hard to pin point where the sound was coming from.
Yvette continued, "how many of you are here, please?" The building obliged and three more knocks were heard. Karl then took over and called out "did you die here? Two for yes, one for no" and one knock was heard in response to suggest 'no'.
One of the guests then called out "did you work here?" and again one knock indicated 'no'. Yvette then asked out "are there three gentlemen here with us?" But this time the question yielded no response, so Karl tried a different approach.
He called out, "can you let us know you are still here, can you copy this?" before stamping his foot on the floor three times. Sadly, whatever spirits were with us seemed like they no longer wanted to communicate. It was a short-lived demonstration but an interesting one.
Of course extraordinary claims need extraordinary evidence, so you can't blame some of the guests for thinking that perhaps these knocks were being faked by one of the team. Karl addressed this, "it's always so important to put your torches on if you've got them." One eagle-eyed guest who was next to Yvette and Karl at the front was watching closely and confirmed that they saw no limbs moving during the knocking.
Karl added, "this is your opportunity to do what you can't do when we're on the telly" and check for yourself that there is no trickery going on. Karl then reminded guests how important it is to debunk everything that occurs, "it's as important to find the natural explanation for stuff as it is to find a paranormal one."
So, was I convinced? I have to admit it was an interesting demonstration and it was amazing to experience it in person. Like the other guest, I was also convinced that there was no fakery going on, but as a skeptic I do need to try to debunk things. Like Karl said "it's as important to find the natural explanation for stuff."
The knocks did seem to respond to Yvette and Karl's questions, but not many times. It could have been that another group of guests elsewhere in the building were conducting a similar experiment by asking the spirits to copy their knocks and coincidentally they might have matched up to our requests for knocking.
It was hard to place where the sounds were coming from, it did sound like the dull thud you'd expect if the bang was coming from another room. So, for me to be convinced by this, I'd need to know the rest of the building was empty or for the knocking to last longer in order to eliminate that likelihood of it being a coincidence.
The experience was a good incentive for me to sign up to more events in the hopes that I will experience similar activity in future which might be more responsive. You can sign up for your own ghost hunt with Yvette and Karl at mosthauntedexperience.com. They have events all across the country most weekends.

Tips For Communicating With Knocks

Asking spirits to communicate with two knocks for 'yes' and one for 'no' is the easiest way to talk with a spirit as it doesn't require the use of a Ouija board, spirit box or any other equipment. It's important to only ask questions which can be answered with "yes" or "no" such as:
Did you die here?
Are you male?
Are you stuck in this place?
Don't assume that the spirits understand the principles of tapping, it's important to frequently remind any spirits present that they should knock in order to communicate as often spirits drift in and out of seances.
Tags:
paranormalghost huntsleedsmost haunted experience