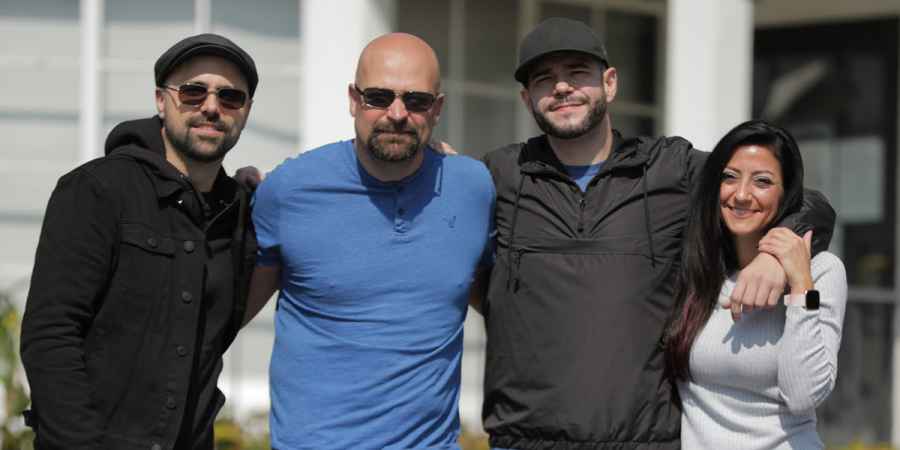 Discovery+ have announced the revival of the "first mega-hit paranormal television show," 'Ghost Hunters', but you may be left thinking how is this a comeback when it's only been a year since the last season?
The show first appeared on our screens in 2004 and starred paranormal investigators Jason Hawes, Grant Wilson, Steve Gonsalves, and from mid-season two onwards, Dave Tango. It terrified and captivated its audience for 11 seasons with its authentic take on paranormal investigation and is one of the most successful paranormal series of all time.
Discovery+ have announced that the show is set to return later this year, but how is this a revival when the show last aired just a year ago?
The show was brought back after a three year hiatus in 2019, fronted by Grant Wilson. He had previously appeared in over 150 episodes of the show and put together a new team to appear alongside him. The incarnation of the show lasted two seasons and spawned 20 episodes, the last of which aired in May 2020.
We hope you're keeping up.
So now, a year on the show is once again being given a new lease of life. Grant is no longer in the lineup, but taking back the paranormal reins are his original co-stars, Jason Hawes, Dave Tango and Steve Gonsalves.
Now, if this lineup sounds familiar, that's because it is. Jason, Dave and Steve all hosted 'Ghost Nation', a similar US ghost hunting series which premiered in 2019 and brought us new episodes as recently as February of this year.
So, the cast of 'Ghost Nation' are essentially taking over 'Ghost Hunters', which was the show they originally worked on together. This change means that Grant will be departing the show, but the new cast will be joined by Shari DeBenedetti, who appeared in several episodes towards the end of the show's original run.
Of course, all this means that 'Ghost Nation' probably won't be returning to our screens... unless Grant's taking it over???
Despite this being more confusing than an episode of 'Line Of Duty', Discovery+ are calling the news "the revival of the series that started it all" and have given the new cast and the iconic series the green light to start production of 13 one-hour episodes, which will begin streaming later this year on Discovery+.
Perhaps this isn't the last we've seen of Grant, the streaming platform have teased the inclusion of some familiar faces, "don't be surprised to see some familiar faces and special guests join the team on the hunt in this all-new version of the hit series."
"Fans are obsessed with the Paranormal & Unexplained hub on the new streaming platform," said Matthew Butler, general manager, Travel Channel. "Bringing back 'Ghost Hunters' with their favorite cast members is a thrill. And fans who want to remember why this show is a classic can watch seasons from the original series - they are available now on Discovery+."
Tags:
ghost huntersghost nationdiscoveryplusparanormaltelevisiontopical