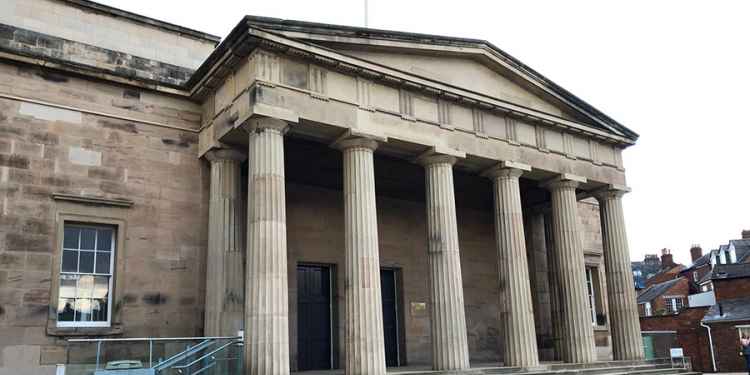 🖤
The Shire Hall in the heart of Hereford is an elegant building that is even bigger on the inside than it appears from the outside. It has everything you could want from a haunted location - ancient underground prison cells, huge wooden courtrooms, and an eerie basement. The only thing it seemed to be lacking on the night I was part of a paranormal investigation there was ghosts.
Shire Hall was built in the early-1800s on the site of the original Herefordshire prison. It's a place of incarceration, judicial execution and misery. Public hangings took place on the steps outside the building's grand front entrance.
Two of the most notable executions to take place at the hall were those of Alfred Watkins and George Armstrong, both of whom are now believed to haunt the building.
Alfred was hanged in 1864 after confessing to the murder of his wife. He was also convicted of the murder of two other men - a crime he never admitted to. Some think Alfred might return to the building to try to clear his name of these two killings.
The other man, George, was also convicted of murdering his wife, Kitty, and was hanged at Gloucester Jail in 1922. George was a solicitor and was also convicted of killing a rival solicitor by means of arsenic poisoning. It is claimed that his final words before his execution were, "Kitty, I'm coming to ye."
Council workers have reported paranormal activity ranging from unexplained noises - including knocks, bangs and footsteps - through to reports of foul odours and loud cries coming from the empty cells. There are even witnesses who claim to have seen dark shadowy figures roaming the building. 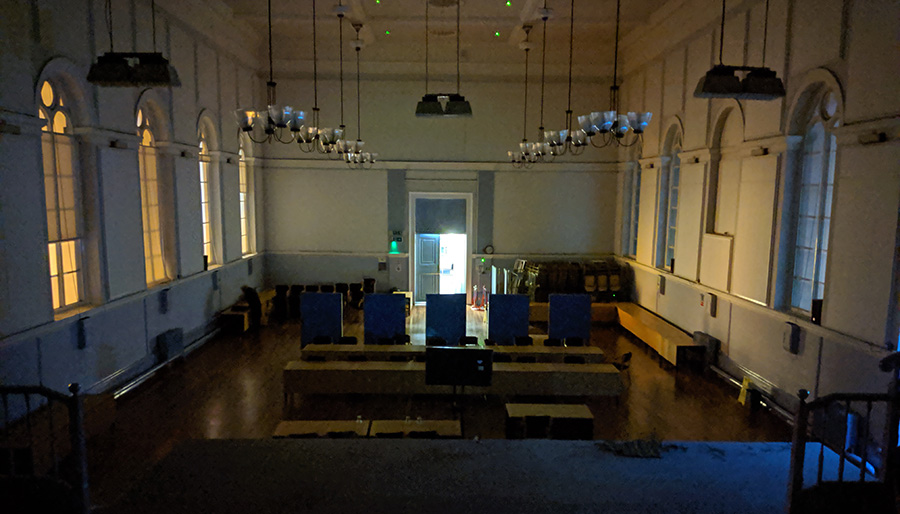 I arrived at the Grade II listed building just after sunset and gathered with the rest of the event's guests in the event's base room. After the usual introduction you get at these sort of events, we were split into two groups and headed out in to the building to start our investigation.
The Shire Hall, which is still used as Hereford Crown Court to this day, isn't short of interesting areas to investigate, some of which date back to the previous building that stood on the land. Such as the old prison cells in the building's basement.
We started our investigation in the building's large hall, which was a weird mix between a hearing room and a performance venue. It had a large stage at one end, but where you'd expect the audience to be sat were office-style desks. The room was atmospheric, but after an hour sat in the darkness, proved to be lacking in paranormal activity.
Next we moved on to the the hall's two courtrooms, both of which are grand and still have their original wooden paneling. We tried Ouija board experiments and smaller vigils in these areas, but sadly, these rooms also proved to be quiet.
Later in the evening we descended a narrow staircase into the old cellar beneath the building. I was hopeful about this area, it was old, stone-built and very eerie. We spent quite a bit of time in the cellar calling out and trying to get the spirits to interact, but other than a few minor knocks and taps, nothing of note happened here either.
As well as these old cells, there are also more modern cells beneath the courtrooms. This is where we ended our investigation, but once again the cells failed to offer up any proof that they are haunted.
Although Shire Hall proved to be a little bit of a disappointment for us, every night and every investigation is different. Shire Hall does have a haunted reputation, just because we experienced no activity during our event doesn't mean you won't if you decide to go on a ghost hunt at Shire Hall.
Add A Comment
Tags:
paranormalghost huntsherefordshire