How Ghostbusters Shaped The Careers Of Today's Parapsychologists

This article is more than three years old and was last updated in February 2022. 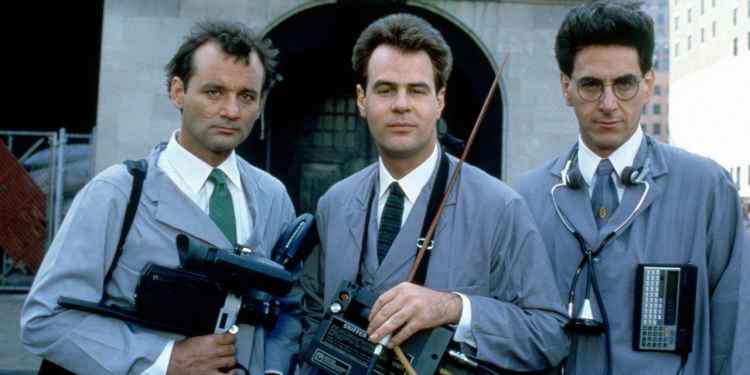 The classic 1980s supernatural comedy 'Ghostbusters' played on many real world paranormal ideas and as a result is responsible for influencing a generation of wanna be parapsychologists.
Three of today's parapsychologists have spoken about their love for the movie and how it shaped their career in a short video, 'Back Off Man, I'm a Parapsychologist!'. The video was produced by paranormal researcher Dylan Jones exclusively for the Wizard World Ghostbusters Fan Fest 2019 in Los Angeles.
The film introduces three prominent names in the paranormal field who explain why the movie was, and still is, key to their careers in parapsychology and the paranormal.
Dr. Ciarán O'Keeffe is the head of the Bucks New University's psychology department and specialises as a parapsychologist. He's probably best known as the once-regular paranormal expert on 'Most Haunted'. Growing up Ciarán most likened himself to Peter Venkman, but says once he hit 40 he realised which Ghostbuster he really is, "now at the tender age of 48, I look back and I go 'I am Spengler, I am the Ghostbuster that never cracks a smile.'"
Like many in the paranormal field, Ciarán credits Ghostbusters as the movie that started him on his journey into the world of parapsychology. Speaking about the movie he said, "that's what really got me involved in parapsychology and kicked started a whole career in it."
He said, "to have a fascination with ghost stories and then to see up on film people that looked like scientists throwing themselves into a haunted environment, I genuinely at the age of 13 pointed at the screen and said 'that's what I wanna do'."
Steve Parson, a British ghost hunter, also loved the movie growing up. He said, "how can you not like Ghostbusters? It's a brilliantly funny film with an astonishingly funny cast that is timeless in its presentation. It's as relevant today as it was when it was first released."
He added, "I was immediately in love with the film, because it was brilliantly funny but clearly the writers of Ghostbusters demonstrated a real and genuine insight into the subject." Steve loved that the movie was rooted in a scientific setting, "it starts in a parapsychology department, it then shows the development of the investigation team."
The movie's scientific realism was also something that appealed to Ciarán, "it was a mix of entertainment and what appeared to be science. So, even from the start, with the team wandering around the basement of the library with their gadgets, but also interviewing the eye witness as well, and then cutting to the Zener cards test in the lab with Venkman - all of that felt sciencey."
In fact, it was the Ghostbuster's association with a university that got Ciarán started on his parapsychology journey. He remembers, "when I saw the film, literally the next week I was on the phone to Columbia University. I had found the number for Columbia University, the psychology department at the time, I spoke to a lady there and she was obviously quite peed off at the fact that somebody else was calling about this silly film."
Rather than dismissing Ciarán's call and shattering his boyhood dream, the woman he spoke to offered him some advice. Ciarán says, "she put me on to the Institute of Parapsychology based in North Carolina." This was his first step in researching the field of parapsychology.
Like Venkman, Dr. Cal Cooper now researchers parapsychology in a university setting. He's currently the module coordinator for the third year module 'Parapsychology and Anomalies Experiences', which is taught as part of the University of Northampton's psychology curriculum.
Cal has founded memories of watching Ghostbuster as a kid, but as he was already actively researching the paranormal, said that things didn't quite add up. "I was watching Ghostbusters hand-in-hand with hearing people's real world claims of seeing ghosts, the two didn't match up. In Ghostbusters you've got these extravagant ghosts flying about in electric chairs, or made of balls of slime and eating food. And yet in the real world, they're described as just other people."
However, other elements of the movie are so true to life the Cal uses the scenes from the film as a teaching aid. Cal, who likens himself to Ray, says "when I teach the students parapsychology, there are actually loads of relevant examples I bring up." One such example is the famous experiment involving Zener cards which Peter Venkman is seen conducting in the first movie. This was a real study that was published in the early-1950s in the Journal of Parapsychology regarding negative reinforcement on ESP ability.
Meanwhile, Steve has been investigating ghosts, haunted houses and the paranormal for over 45 years, but says that the release of Ghostbusters was a turning point for him. He has written numerous books on the paranormal, including the must-read 'Guidance Notes for Investigators of Spontaneous Cases' for the Society for Psychical Research, as well as countless journal articles and magazine articles.
Steve said that Ghostbusters has allowed him to be "more socially acceptable, to allow what I do to be more socially acceptable. Ghost hunting was always spoken about in hushed tones prior to the release of Ghostbusters."
Although Steve doesn't collect moulds, spores and fungus, he likens himself to the science nerd, Egon. He is clearly a huge fan of the film, a fact backed up by his Ghostbuster tattoo and the fact that he even named his son Oscar after a character in the movie.
With a third Ghostbusters movie in the making, a whole new generation could soon be inspired to follow their dreams within the paranormal field.
Tags:
paranormalmoviesghostbusterstopcial