Ghost Hunts: Glasgow & Edinburgh - Most Haunted Cities In The UK 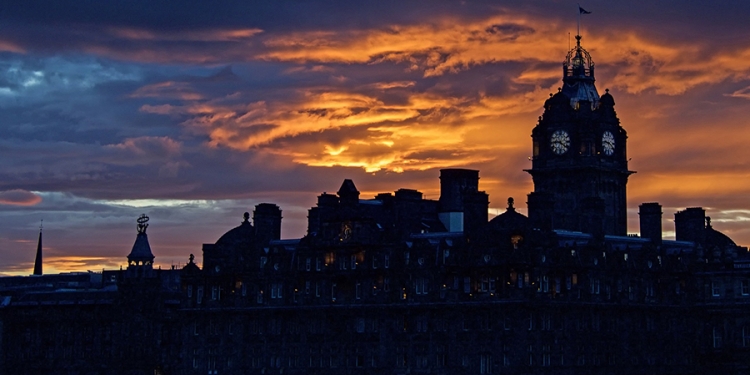 Photo: pixabay.com
There are so many historical places to visit in different countries. While most people visit these locations for their rich significance, some go for the spooky stories that trigger their curiosities. Haunted places become popular destinations for those tourists. They can dig in the dark, mysterious, and horrific paranormal stories lie behind these places.
Scotland is known for its ancient cities, natural beauty, art, music, and literature. However, numerous strange, paranormal, and macabre tales surrounds it. The nation is full of ghosts, ghouls, and all things supernatural. Edinburgh is known as one of the most haunted places in the world. On the other hand, Glasgow is also popular to be one of the haunted cities in Scotland. Whether the stories in both cities are real or myth, these will give you terrifying and spine-chilling feelings.
Here are some of the most terrifying yet most-visit haunted places in Edinburg and Glasgow. Get ready as we explore the paranormal stories behind these destinations. 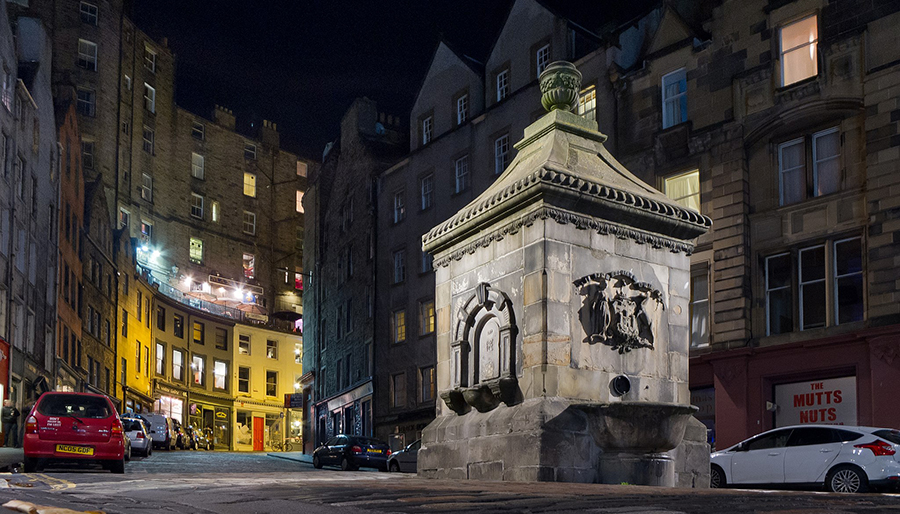 Photo: © Carlos Delgado
The Paranormal Stories Behind Edinburgh Castle
Edinburgh Castle is one of Scotland's most haunted places. It is located high above the Scottish capital. Countless ghost stories and paranormal activities were recorded over the years. One popular tale is about a young piper who disappeared without any trace. He was sent to explore the hidden passages in the tunnel. The reason behind sending him was for the group of men could follow his music from above ground. They planned it to plot the tunnel's route. However, the piping suddenly stopped. The group went to search for the piper, but they couldn't find him anymore. According to the legend, the distant sound of piping can be heard coming from the underground tunnel of the castle.
Another famous legend is about a headless drummer. Many people were terrified upon hearing the sound of ghostly drums within the castle. However, only a few saw the ghost of the drummer. According to legend, the ghost appears when the castle is under attacked. The headless drummer was first seen before Oliver Cromwell attack the castle in 1650. His appearance is said to foretell danger for the castle.
Aside from these tales, the castle has dungeons where prisoners were incarcerated, tortured, and killed. Many French prisoners captured during the Seven Years War were sighted in and around the castle. Other creepy experiences you might encounter include sudden and unexplained drops in temperature and disembodied voices and footsteps. And the worst is an encounter with an unseen entity tugging on the clothes and hair of the visitors.
The Horror Behind Mary King's Close
Real Mary King's Close is also known as Scotland's Spookiest Street. It is a hidden underground street beneath Edinburgh's Royal Mile. The place used to be home to the very poorest community, as well as thieves, beggars, and other abominable. During the great plague in 1645, the street was bricked up. The victims were quarantined and left to die in the street.
The close was abandoned for years and reopened for the public in 2003. Many residents claimed that they witnessed accounts of supernatural sightings and paranormal encounters since then.
One of the remarkable stories is about Annie. In 1990, Aiko Gibo, a Japanese psychic, visited Mary King's Close and came into contact with a little girl. She felt someone tug on her coat as she left one of the rooms. Gibo looked back and saw a little girl crying in the corner. It was the ghost of a child called Annie, who died in the plague. The ghost talked about the doll she lost and felt lonely without it. Gibo felt moved and gave her a Barbie doll. Since then, many visitors felt her spirit grabbed their hands in the darkness. It became a tradition for visitors to leave dolls and gifts in the corner of the room.
The Gruesome Tale Of Greyfriars Kirkyard
This haunted spot in Britain is not for the faint-hearted. Located in Old Town, this became a buried place for notable residents such as James Hutton, Robert Adam, and Mary Erskine. It was also the resting place for Henry Mackenzie and the famous resident furry, Bobby. The dog was beloved for guarding the grave of his owner for more than a decade after his death. Up to this day, some can still hear his disembodied bark echoing throughout the graveyard. Some passerby can see the dog still guarding the grave of his master.
However, in the late 1990s, a famous tale terrified a lot of people. A homeless man seeking shelter broke into George Mackenzie's mausoleum. Mackenzie is a wealthy lord who was tasked with torturing and killing hundreds of prisoners who refused to change their religion. The homeless man tried to rob his grave. Before he can open the coffin, a sinkhole developed beneath him. He felt into a pit filled with the bones of peasants tossed into a mass grave during the plague.
After the incident, many paranormal encounters took place. Some visitors left the tomb with bruises, injuries, and scratches. Others felt a strong unease feeling. There are also people suddenly collapsing. A woman was found unconscious with bruises around her neck. 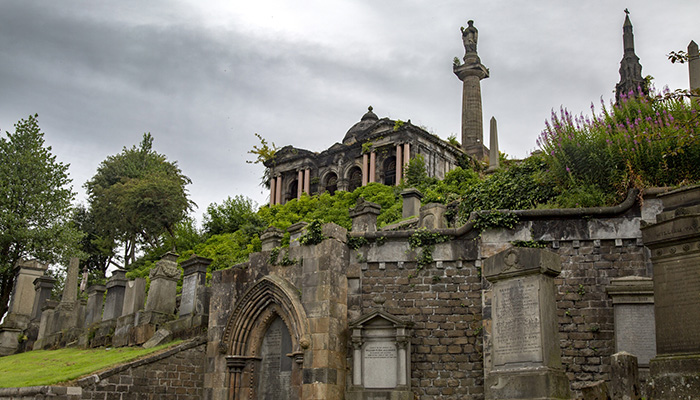 Photo: publicdomainpictures.net
The Creepy Tale Of Necropolis Graveyard
In 1954, a group of children from the Gorbals area gathered in the graveyard to hunt for a vampire. They blamed the vampire with iron teeth for the disappearance of two other children. The story caused panic in the area. However, it was reported that no children were missing that time.
This tale led to the Children and Young Person (Harmful Publications) Act 1955 to pass. This law aims to specifically ban the sale of magazines and comics portraying incidents of a repulsive or horrible nature to minors.
The Haunted Glasgow Royal Infirmary
When you think of haunted places, hospitals are definitely on the list. This Royal Infirmary was originally built in 1794. It witnessed sick and dying patients for more than 200 years.
It is said to be haunted by a Grey Lady, who's seen roaming the hospital corridor by countless doctors and medical staff. Many assume that the woman draped in grey is a patient trying to flee the hospital, but after following her and cornering her in a room, they find she's disappeared and a subsequent headcount reveals no missing patients.
Many legends from these haunted cities in Scotland cause fear too many of the people. Others felt terrified as they hear these stories. While some might felt thrilled and intrigued. Whether these tales are real or myth, shaped the history of the nation. These are also part of the Edinburgh and Glasgow's rich traditions. If you're planning to visit these places, prepare your heart. You might encounter a paranormal phenomenon once you enter this nation.
Add A Comment
Tags:
scotlandparanormal

How Many Of These Paranormal Hotspots In Edinburgh Have You Visited?

10 Most Haunted Places In Glasgow