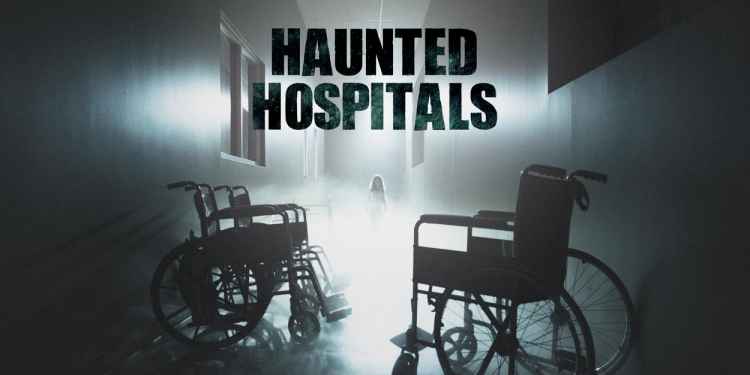 Quest Red, home of #HauntedThursday, adds a chilling new 13-part show featuring real life supernatural stories from medical staff and patients, who recount their chilling encounters with paranormal activity inside hospitals, nursing homes, morgues and medical institutions.
'Haunted Hospital' starts on Quest Red on Thursday 8th November, 2018 in the UK and Ireland and each hour-long episode will delve into various stories from the wards, where past patients come back from the grave to seek revenge, medical professionals insist on tending to their ward - even in death, and spirits stalk corridors to warn against impending danger.
The tales are all told first-hand by doctors, nurses and patients are personal testimonies from medical professionals, keeping the storytelling authentic and the horror close at hand. Every story is a nightmarish mix of paranormal encounter and hair-raising mystery, as the show unravel the tale of the troubled souls behind the hauntings.
Jamie Watkins, speaking for Quest Red, said, "paranormal happenings are a universal topic of fascination for all of us," he adds that 'Haunted Hospitals' is "sure to hold huge appeal for our viewers in the UK who are constantly searching out eye-opening, jaw-dropping content."
Stephen Joy, who represents the show said, "we're all familiar with that inevitable feeling we get walking into a hospital, but this show shines a spotlight on the reasons why. Chilling, uncomfortable and spookily relatable – I have no doubt this series is going to strike a chord with UK viewers."
Each episode features stories from two different eye witnesses, which are told by the witness themselves and through a dramatic recreation using actors. The episodes start with the message "this story is based entirely on eyewitness testimony. Some names and details have been changed to protect privacy."
The first episode tells two stories, the first entitled 'Demonic Invasion', is told by Garrett Foutch and Maria Weaver who were nursing assistants working in Fulton County, New York at a "large rural hospital," sadly we aren't told the actual hospital's name. They experienced odd goings on in their workplace, that eventually followed them home.
In the second half of the episode, Eileen Perfette, a licensed practical nurse, tells her story entitled 'Angel Of Death', which occurred in another anonymous hospital this time in Mahoning County, Ohio.
The show generally received negative feedback after the first episode. Viewers comments included:
"I've never been so disappointed in my life 😂 absolute 💩💩💩"
"I switched it off half way through!"
"Absolute rubbish. Very disappointed."
"I was a bit disappointed to be honest, not much difference to all the other talk about ghost shows. I thought they were going to walk around hospitals and do ghost hunting."
"First story was fine, last I turned off ten minutes in wasn't as good as expected but give it time."

'What happens next defies all reason..' 🙈 Are you feeling brave? #HauntedHospitals starts tonight at 9pm! pic.twitter.com/f6VHUVYE8K

The UK's Most Haunted Hospitals