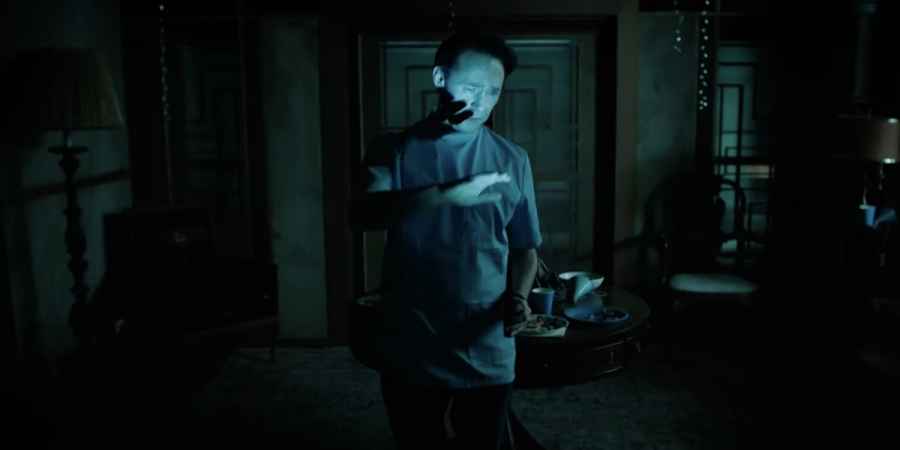 It's been over a year since we last saw Reece Shearsmith and Steve Pemberton front their dark anthology show, 'Inside No. 9', but the series returns to the BBC for a new six-episode run this Spring.
Each of the six half-hour-long episodes will bring viewers an original standalone story, surprising twists in the most unexpected of places, and a cast of new characters played by the likes of Sian Clifford, Adrian Dunbar, Paterson Joseph, Lindsay Duncan and Kevin Bishop.
The news series of 'Inside No. 9' starts on BBC Two and iPlayer this Spring, but a teaser trailer for the series has already revealed some of the guest stars who will appear across the six new episodes and some of the situations the unsettling action will unfold in.
The show often dives into supernatural themes, with episodes revolving around a Victorian séance, witch trials, and even a pair of schoolgirls who find themselves babysitting the Devil. Not to mention the spooky 2018 Halloween special, a one-of-a-kind broadcast, the likes of which has never been seen before.
The special, entitled 'Dead Line', featured footage of the cast in the studio mixed with real and mocked up archive footage in order to tell a compelling story, which was based on the real life stories of hauntings and mishaps at a famous television studio.
Reece Shearsmith and Steve Pemberton told Empire, "we started filming in March last year but had to hit pause due to the pandemic. After a nine-month gestation it’s a relief to finally deliver our sixth series to the world. As proud parents we couldn’t possibly choose a favourite, but like any youngest sibling this series is cheeky, funny - and can get away with murder."
Shane Allen, controller of BBC comedy, said, "Reece and Steve plough yet more fertile genre comedy talent to these modern masterpieces."
Josh Cole, head of comedy and BBC Studios Production said: “We’re delighted to have concluded filming the sixth season of Inside No.9. It's a unique series we could not be prouder of, and we are in awe of Reece and Steve’s extraordinary ability to continually raise the bar. Long live Inside No.9!”
Tags:
inside no 9televisionparanormaltopical