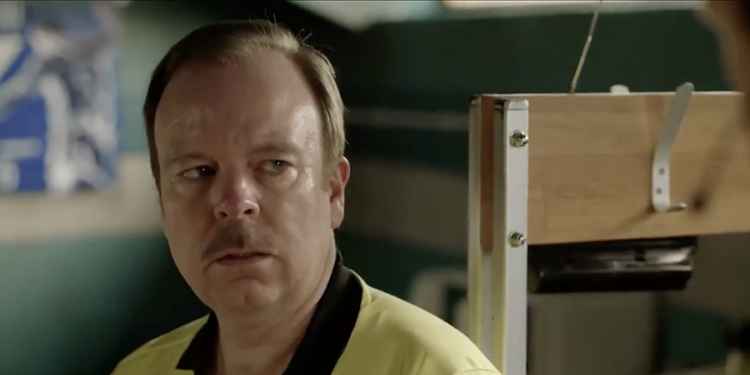 We haven't heard from Reece Shearsmith and Steve Pemberton's since their spooky 2018 Halloween special, but a fifth series of the dark anthology show is due to air on BBC Two in February with six new episodes.
Each of the six episodes will bring viewers an original standalone story, surprising twists in the most unexpected of places, and a cast of new characters described by Pemberton and Shearsmith as a "guest cast brimming with both emerging and established talent, all judiciously chosen to make us look a bit classier by association."
The news series of Inside No. 9 starts on BBC Two and iPlayer on Monday 3rd February. A teaser trailer has revealed some of the guest stars who will appear across the six new episodes. The line-up includes cameos from 'Doctor Who' actress Jenna Coleman, Ralf Little of 'The Royle Family' fame, Jill Halfpenny who appeared in 'Ghost Stories', David Morrissey from 'The Walking Dead', Maxine Peake from 'The Theory of Everything', 'Whitechapel' star Phil Davis, and 'Coronation Street's' Debbie Rush.
Not much is known about the new series, other than a confirmed title for the first episode, 'The Referee's A W****r'. Fans have spotted clips of the football dressing room themed episode in the trailer, which shows Pemberton dressed as a referee.
There's also a police-themed episode called 'The Stakeout', and the trailer suggest that one episode revolves around a YouTube-style vlogger. There also appears to be a fair bit of supernatural activity in the trailer, as we know, Shearsmith especially is a big fan of the paranormal.
The trailer shows what looks like a classic "sheet ghost", levitation, possibly telekinesis, and what looks like some kind of sinister tarot card. We also see a small wooden box being slammed closed, could this be Shearsmith and Pemberton jumping on the trend of dybbuk boxes? These cursed boxes are said to have evil spirits trapped inside of them.
Production began on the series last year and news that the new series was imminent only broke on Twitter this week.

Shane Allen, Controller, BBC Comedy Commissioning, says: "Reece and Steve consistently dazzle and delight with what is undoubtedly the most inventively prolific storytelling series on television. Their ability to subvert and surprise makes each show a unique experience for the viewers. It’s the antidote to a world of familiar cosy TV formats."
One of the six new episodes in this series will be directed by Steve Pemberton, returning to the role after 'Cold Comfort' and 'Nana's Party' from the 2015 series. Guillem Morales ('Julia's Eyes' & 'Decline and Fall') returns to direct three further episodes, with the two remaining episodes directed by Matt Lipsey ('Psychoville' & 'Upstart Crow').
Tags:
televisionparanormaltopicalinside no 9