How To Invent The Perfect Conspiracy Theory 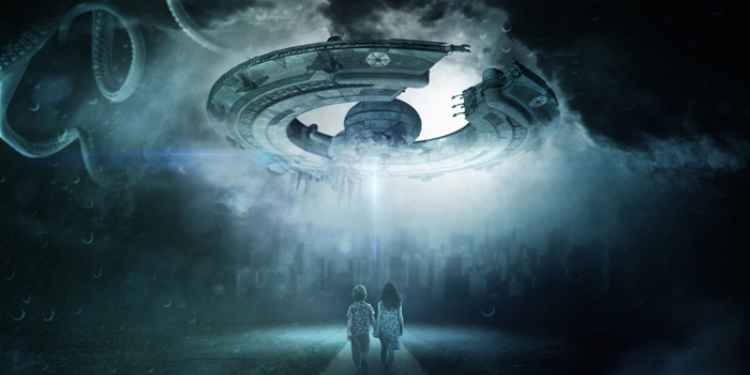 Photo: pixabay.com
Have you ever wanted to be the architect of the next big conspiracy theory and have your mad story spread around the globe via geeky message boards and YouTube videos made by 40-year-old single men wearing tinfoil hats sat at a computer in the dark in their childhood bedroom at their parent's house.
Below are a few pointers to help you put together the perfect conspiratorial claim and ensure it's impossible to people to debunk.

Ironically, when it comes to concocting a conspiracy theory the bigger and more outlandish the better. You may think that going too big is a bad thing, but think about it. The moon landing is fake, 9/11 was an inside job, governments are spraying population controlling chemicals from commercial aircraft. These are some pretty bold claims, they're total madness, but they've stuck.
It seems the bigger the lie, the less likely people are to say "well, why would they make up something like that?" Just last year a Reddit user who goes by the name of Raregans managed to convince people that the whole country of Finland doesn't exist and that maps have been altered to hide this.
The 22-year-old, who's real name is Jack, claimed that the landmass was invented by the Japanese in order to hide a whole area of open waters which they could then fish in, hence the name FIN-land.
So, when coming up with your new conspiracy theory don't just go for "Peter Sissons receives oral sex during disaster reports on the Nine O'Clock News." Pick a big target like a whole country, the moon, or aeroplane. Perhaps the Queen, the prime minister, the president, a global secret society, or large company or organisation.

2. Ignore All The Evidence

As discussed in the previous step, you're going to be using something big as the basis for your conspiracy. This means that there's probably going to be a lot of actual quantifiable evidence that contradicts your conspiracy theory. Don't worry, people with a tendency to get sucked in by conspiracy theories either aren't aware of the contradictory evidence or simply don't understand it.
The one conspiracy theory which is the most blissfully ignorant of the huge amount of conflicting evidence is the barmy notion that the Earth is flat, despite the fact that the Earth's curvature can be easily measured, proved, and its effect can be observed with the naked eye.
If you've ever had any doubts that the Earth is round, then these ten obvious facts should convince anyone with even half a brain cell thhat our planet is in fact a sphere, yet the theory persists.

The crazier your theory is, the harder it is to disprove, so go crazy! If your conspiracy is based around a sinister and secretive government department that are putting drugs developed by extraterrestrial visitors in to soft drinks to dumb down the population, then it fits with your story that there should be no documented evidence of the project in the public domain.
In this example all of the source information should have been leaked out by a high ranking military official who's been discredited by the government and had his identity changed to further discredit him. This makes it impossible to disprove the theory because this lack of documented evidence in this case actually supports the theory.
If a non-believer persistently questions your theory then you can simply tell them that it is there job to disprove what your government informant is saying, which of course they can never do because of the secrecy of his former position within the project.

This is expert level conspiracy theorising, adding an extra layer of protection to ensure no one can ever debunk your claims.
The excellent YouTube channel 'Kurzgesagt – In a Nutshell' developed a way to debunk most conspiracies in just a few seconds with just one simple question. In a video they suggest that all you need to do is ask yourself "does it affect rich/powerful people?"
If the answer is "yes", then it's most likely not true. For example... some claim there is an easy cure for cancer but it's being withheld because it was destroy the profits of big pharmaceutical companies. So, you ask the question "do really rich people die of cancer?" Of course, the answer is yes, so there is no suppressed cure for cancer.
Chemtrails can be disprove in the same way. If world leaders are releasing chemicals into the air in order to control the population, then we need to ask "do these world leaders breath air?" Yes, they do and would therefore be affected by the chemicals in the atmosphere themselves.
So, when coming up with your conspiracy theory, if you can ensure that it passes this test then it will make it harder to debunk.

5. Putting It All Together

Construct your conspiracy with the previous four steps in mind... go big, ignore the evidence, make it crazy, and make it undebunkable.
In case you need inspiration, here are a few examples...
Add A Comment
Tags:
conspiracies