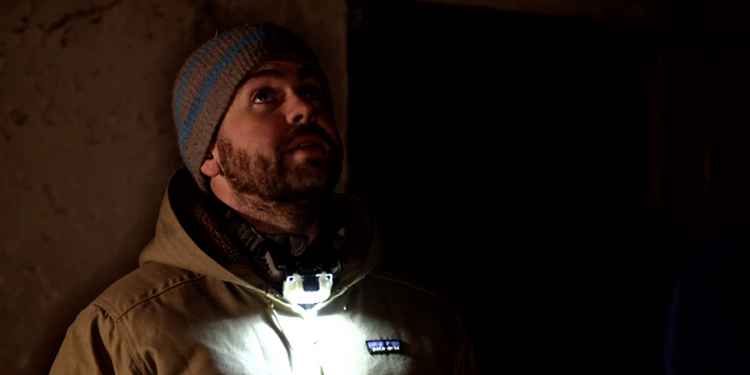 Television ghost hunter, Jack Osbourne, star of 'Portals To Hell' is teaming up with another of the US Travel Channel's paranormal shows, 'Ghost Brothers', for a brand new ten-part series for the network.
'Fright Club' will star Jack alongside Marcus Harvey, Juwan Mass and Dalen Spratt from 'Ghost Brothers' in a discussion show format revolving around clips of alleged paranormal happenings.
'Ghost Brothers' are three friends who investigate the paranormal, but don't take themselves as seriously as some of the other teams seen on television.
There's not yet a date for the premiere of 'Fright Club', which has been green lit by the Discovery-owned Travel Channel, but it's been confirmed that the show will be created by Los Angeles-based Painless Productions. The team responsible for the hit paranormal series, 'The Dead Files' and 'The Holzer Files'.
It seems Jack is giving Travel Channel's current king of the paranormal, Zak Bagans, a run for his money. 'Fright Club' will be the third new paranormal show Jack has appeared in on the network since 2019, putting him next in line for Zak's crown.
Jack has appeared alongside investigator Katrina Weidman in two seasons of 'Portals To Hell'. Earlier this year he roped his legendary parents into appearing alongside him on 'The Osbournes Want to Believe', as he tried to convince 'The Talk' host Sharon and Black Sabbath singer Ozzy that ghosts exist.
Plus Jack starred in a one-off special, 'Watching With The Osbournes', which was shot during the coronavirus lockdown and saw Jack getting his parents to watch an episode of his ghost hunting show, 'Portals To Hell'.
Since there's no details on air dates yet, there's obviously no indication of whether 'Fright Club' will been shown in the UK, but in recent months Travel's British sister station Really has been catching up to the US channel. Once more news on the series is announced, we'd guess that it will be given a home on Really.
The latest collaboration follows a trend of Travel Channel's stars collaborating across projects. It was recently announced that for Halloween this year two of Travel Channel's other shows would join forces for an October 31 special. Jason Hawes, Steve Gonsalves and Dave Tango from 'Ghost Nation' will join with Amy Bruni and Adam Berry from 'Kindred Spirits' for the Halloween special, 'Ghost Nation: Reunion In Hell'.
Tags:
paranormaltelevisiontopical