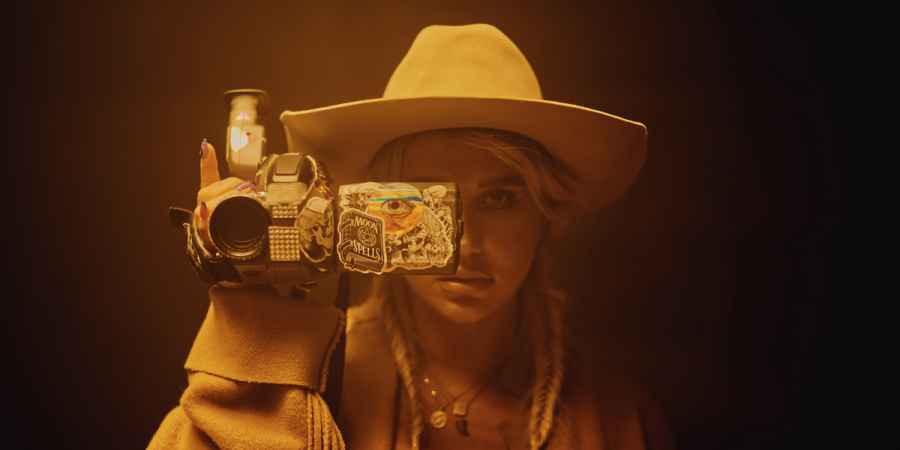 Global pop superstar Kesha and some of the famous friends explore all things supernatural in a newly green-lit series landing on Discovery+ in 2022. The Grammy-nominated singer has a deep passion for all things supernatural and paranormal and has spent most of her life searching for answers to the world's biggest mysteries.
Expanding on her fascination with the unknown and all she's learned from her successful supernatural podcast, 'Kesha & The Creepies', she is executive producing and documenting her exploration in a cinematic, hands-on paranormal series chock full of mysterious adventures. The series which has the working title, 'Conjuring Kesha', has been green lit for six one-hour episodes and will premiere on Discovery+ next year.
Joining the Discovery+ family, the series will be featured on the streaming platforms 'Paranormal & Unexplained' hub. The series follows Kesha as she checks off her creepy bucket list by delving deeper into the unknown with celebrity guests and experts in the supernatural. And at the heart of it all, it is her curiosity that drives the show forward as she and her friends travel to mind-blowing locations in the search for all things unexplainable.
"Over the course of my life, I've always been drawn to the supernatural and the spiritual realm. Making music I've felt was a cosmic connection between my soul and something bigger than me that I couldn't explain," said Kesha. "On this new show, I will bring along my friends to some of the most mysterious paranormal hotspots to explore with me. We will explore life's great mysteries and aim to catch something never-before seen on camera. My hope is to show that supernatural isn't just the thing of myths and fables. We’re embarking on a spiritual and cosmic exploration. Come with me to experience it all."
"We are huge fans of Kesha’s supernatural podcast, and we are excited to partner with her to turn her love of all things unexplained into a new series," said Matthew Butler, general manager, Travel Channel & Paranormal Streaming Content. "We know her natural inquisitive nature and sense of adventure will radiate off the screen and we can't wait to see her – and her famous friends – in action."
Kesha, who dropped the dollar symbol in her name in 2017, once claimed that she was forced to move out of her LA mansion because it was so haunted. Speaking in an interview with Conan O'Brien in 2012, the singer said that the haunting inspired the lyrics for her hit song, 'Tik Tok', as well as the song 'Supernatural'. Kesha said, "I don't know his name, but he was in my house."
The series is produced by Grandma's House Entertainment for Discovery+. Executive producers are Kesha, Dan Newmark and Ben Newmark of Grandma's House Entertainment, Jack Rovner, Lagan Sebert of Magic Seed and Elaine White. For Discovery+, the executive producer is French Horwitz.
Tags:
televisionmusicparanormaltopicaldiscoveryplus