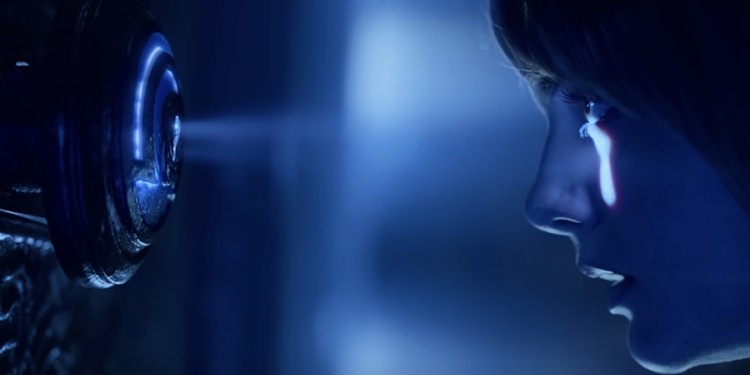 Photo: youtube.com
Netflix's new supernatural horror series based on the best-selling graphic novels series by Joe Hill and Gabriel Rodriguez, comes to the streaming platform on February 7th.
The official trailer posted last month gave fans of the comic book series their first look at the creepy house at the centre of the new ten-part series.
If you can't wait for the second season of 'The Haunting Of Hill House' later this year, then 'Locke & Key' could be the perfect show to tide you over until then, as its executive producer, Meredith Averill, is also behind 'Locke & Key'. Carlton Cuse is also involved in a producing role. He's perhaps best known for 'Lost'. So, we're pretty sure you can expect some scares, intense drama and mystery.
The show will tell the story of three Locke siblings, Bode, Tyler, and Kinsey, who are coming to terms with the death of their father, who was killed in mysterious circumstances. Following the the murder, they move along with their mother to their ancestral home, Keyhouse. They discover the eerie house is full of magical keys, that not only give them a vast array of supernatural powers and abilities, but are also connected to their father's death.
If you like your paranormal shows with a little demonic action, then you'll be pleased to hear that the Locke kids awaken a dark demon, who will stop at nothing to steal their magical keys.
The series stars Jackson Robert Scott as Bode Locke, who's no stranger to supernatural horror after appearing in 'It' and 'It: Chapter II'. He's joined on screen by 'American Crime Story' star, Connor Jessup (Tyler Locke), and Welsh actress and daughter of radio presenter Aled Jones, Emilia Jones as Kinsey Locke.
The pilot was actually the third attempt at an adaptation of the comic book series, the first two were passed up by Fox and Universal Studios. You might be thinking "third time lucky," but even this version almost never saw the light of day. The pilot was originally shot for streaming service, Hulu, but passed on the project, before it was picked up by rival streaming service, Netflix.
As for 'The Haunting Of Hill House', the Netflix Original returns this year, but focussing on a completely different story with no connection to season one. Season two, 'The Haunting Of Bly Manor', will draw inspiration from Henry James' 1898 psychological horror 'The Turn Of The Screw', and will have all new characters - although there will be some familiar faces.
Add A Comment
Tags:
paranormaltelevisiontopicalnetflix