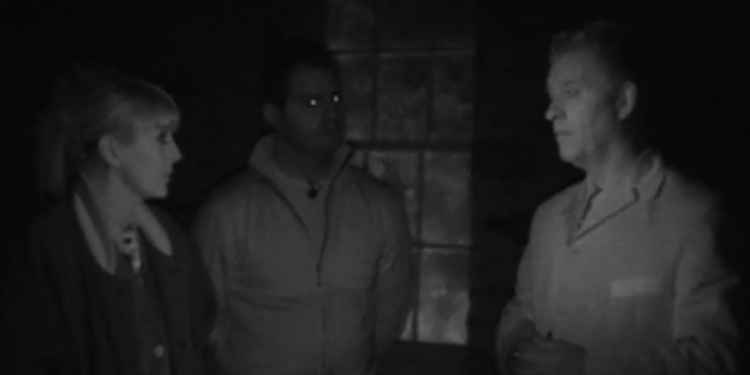 Yvette Fielding and the Most Haunted team go in search of paranormal activity at Aberglasney House, a derelict property in Carmarthenshire, South Wales, where tales of multiple deaths and a plethora of ghosts await them, not to mention a curse. There's a hill near LLangathen and it's said that anyone living in the shadow of this hill is cursed. The manor house the team are investigating this week is situated in that very shadow. Could this curse of Grongar Hill be responsible for the unexplained deaths, dark entities and strange noises at Aberglasney House?
The history of Aberglasney House has never been clear, but according to records ten generations of Welsh men owned the estate before the arrival of Bishop Anthony Rudd in the mid-1600s, who rebuilt and is responsible for the way it looks today. The property was sold at the start of each new century and the strange see-saw pattern of wealth alternating with misfortune emerged.
Each new family establishes itself with great hopes and ambitions, but after a period of time the family found themselves in difficulties and debt. Eventually the male heirs, leaving no male line left and the house sat empty and silent for many years.
There have been many reporting of paranormal activity at the house, including from members of the public, as well as current and former staff at the property. On the first floor, people have reported hearing footsteps in a corridor, as well as seeing the ghost of two hooded men and a little boy.
On a windy night in 1650, five female servants went to sleep in the blue room on the upper floor, the next morning they were all found dead and no one knows why. Since then there ghosts are said to wander and candles have been seen floating on their own in that very room. Some believe they may have suffocated due to fumes from the fireplace, others claim they were poisoned.
Since renovation started on the now derelict building, the ghost of a young girl has been seen throughout the property and workmen and visitors have reported a negative atmosphere in certain areas of the house. The show's historian, Richard Felix, says that some visitors to the property pay their entry fee but only get as far as the door of the house before turning back, due to that negative feeling.

As always, Phil Whyman was the first to investigate the house and take baseline reading, he said "I've heard there's supposed to be 90 to 120 ghosts. I don't believe in that to be honest, that's my personal opinion, but if the reputation lives up to it being 90 to 120 ghosts, there's a good chance of getting something on camera."
The show's spiritualist medium, Derek Acorah, was the last to arrive but once on the scene the investigation began in the grounds of the house, where he quickly picked up on the essence of several spirits and Yvette heard someone talking coming from the darkness near by. The team then saw an unexplained light at the bottom of the land. They ventured further into the darkness to try to find out what the cause of it was, that never became clear but Derek said they were spirit lights and had called them to this location and that there were bodies buried here.
The team then moved in to the house and started off in the blue room, where Derek instantly picked up on a feeling of sadness and the death of the five ladies and identified the cause as being carbon monoxide poisoning, saying they apparently died peacefully in their sleep.
Later in the episode the show's producer, Karl Beattie, and camera man Craig Harman ventured down into the basement on their own. This location is said to be very paranormally active since renovation started at the property. Based on the location's creepy atmosphere, the pair identified the basement as a good location for the rest of the team to investigate.
In the basement, Derek picked up on the spirit of a hooded man. The ghost of a hooded man has been seen many times inside the house and in the grounds and the team witnessed strange sounds, cold spots and a tightness in the throat. After making some odd noises, which required Phil to get involved, Derek asked to leave the basement.
After a few hours of inactivity, Richard was alone in the house's grounds walking through a thousand-year-old yew tree tunnel and eventually venturing into the cloisters below the house, where he felt uneasy, ran out and fell over. Craig had gone back down to the basement, this time with fellow camera man, Rick Fielding, and rigger, Stuart Torevell. Craig became a little overwhelmed, he reported having a headache and after a while said he was close to collapsing.
Meanwhile Yvette and most of the team gathered in the blue room for a séance, where they heard more odd sounds, Yvette felt something blow on the side of her face and after a while they could smell the scent of perfume in the air. During the séance, Karl said he felt drained and tired.
For reviews of all of the new episodes, plus highlights and evidence from the shows, and to find out when Most Haunted is on next, visit the Most Haunted episode guide.
Tags:
paranormalmost hauntedtelevisiontopicalwalesshiver