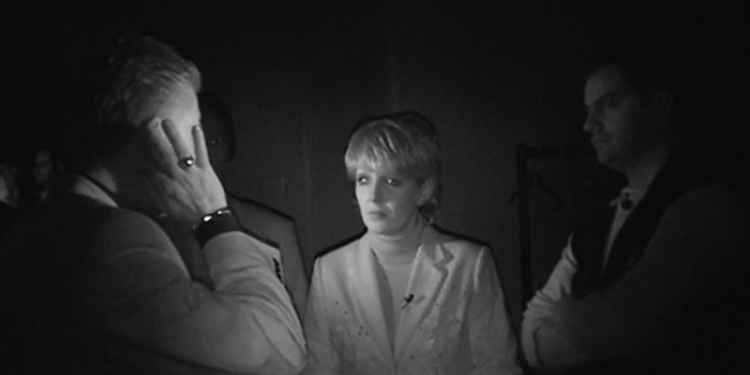 In the second of two episodes connected with the ghost of Ruth Ellis, Yvette Fielding and the team visit Caesar's Club in south London.
The club on Streatham High Street, is owned by Fred Batt whose property, The Clock House, was investigated in last week's episode. During a conversation with Fred, Derek Acorah discovered that a mysterious woman could be a 1950s hostess who is said to haunt his London nightclub. So, Yvette Fielding decided that Caesar's was the obvious next stop for the team.

Caesar's is one of the largest nightclubs in London, and was once the first purpose built ballroom in Britain. It was constructed in 1928 and was known then as The Locarno. It became famous its American big band acts and later infamous in the 60s as favourite haunt of the London underworld.
A woman's scream has been heard on numerous occasions and an oppressive atmosphere is felt in the dressing room. People who works at Caesar's claim to have seen the ghost of a young woman with blond hair wearing 1950s-style clothes. She's thought to be the spirit of former member of staff, Ruth Ellis, the last woman to be hanged in the UK. Her spirit has been seen wandering the building and through a fire exit. Doors are also said to open and close on their own.
During the walk around the team including Derek and Fred came into the dressing rooms, where they heard an odd noise on the ceiling above them. Fred was unable to explain what this noise could be. The team eventually climbed up on to the roof the check nothing was moving around on the roof and it was all clear.
Towards the end of the episode, the team split up and held vigils in different parts of the building. Yvette took production assistant Suzanne Vinton along with her, but despite being pretty terrified, nothing much happened. Meanwhile, elsewhere in the building Karl Beattie was calling out to the spirit of Ruth Ellis. At one point he asked if she could show herself as an orb and seconds later there was a tiny flash of light visible on the camera... as if a ghost from the 1950s would know what the term "orb" means.
For reviews of all of the new episodes, plus highlights and evidence from the shows, and to find out when Most Haunted is on next, visit the Most Haunted episode guide.
Tags:
most hauntedparanormaltelevisiontopicallondonshiver