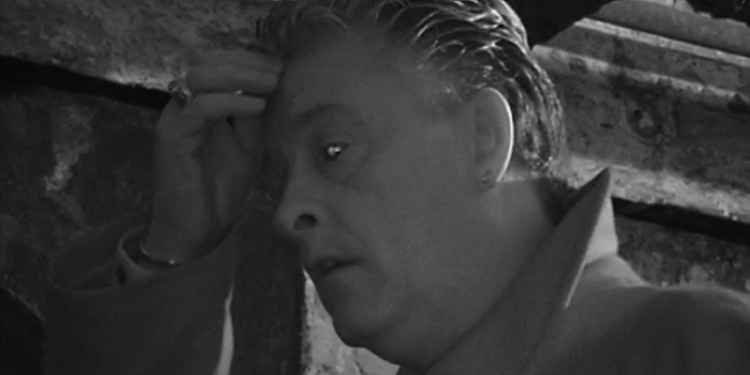 Yvette Fielding and the team of experts visit the House of Detention, a disused prison in the Clerkenwell area of London.
The Clerkenwell House of Detention was built underground at the beginning of the 17th century. It's purpose was to serve as a holding prison to house criminals until they were moved to a more permanent place, like Newgate, where they would await execution.
The prison burnt down during the Gordon Riots in 1780, it was then demolished and rebuilt in 1845 as a remand centre. Up to ten thousand men and women a year were kept, amongst them were highway men, prostitutes and their children. They lived in the most appalling conditions, locks behind the bars in dark damp cells.

Most Haunted are hoping to be the first paranormal investigation team to spend the night in the prison, others have run scared after merely hours in the house. The atmosphere in the former prison is said to be so intense that investigations have had to be halted and camera crews have left before the filming has finished.
The paranormal activity include sightings of dark shadows, the sound of screams and children's cries, and one phantom that likes to lock in unsuspecting visitors by bolting the doors. The most paranormally active cell is said to be haunted by an old woman, who has been seen there searching frantically for something, footsteps and cries of a child has been heard in this room.
Apparitions have also been seen in the washroom, they disappear 2hen approached by visitors or simply walk through walls.
Before the investigation even started, cameraman Craig Harman heard footsteps and movement coming from an empty tunnel while he was shooting cutaway shots in the prison.
When Derek Acorah arrived the investigation began and it soon proved to be a challenging one for the psychic medium. Some of the crimes of the prisoners Derek picked up on were so intense that they could not be broadcast and eventually Derek had to leave the prison and take a break. Yvette said she'd never seen Derek this upset.
During the investigation, the show's producer Karl Beattie was scratched on his head, the team heard disembodied footsteps, huge drops in temperature and the lights mysteriously blowing.
For reviews of all of the new episodes, plus highlights and evidence from the shows, and to find out when Most Haunted is on next, visit the Most Haunted episode guide.
Tags:
most hauntedparanormaltelevisiontopicallondonshiver