This article is more than ten years old and was last updated in December 2018. 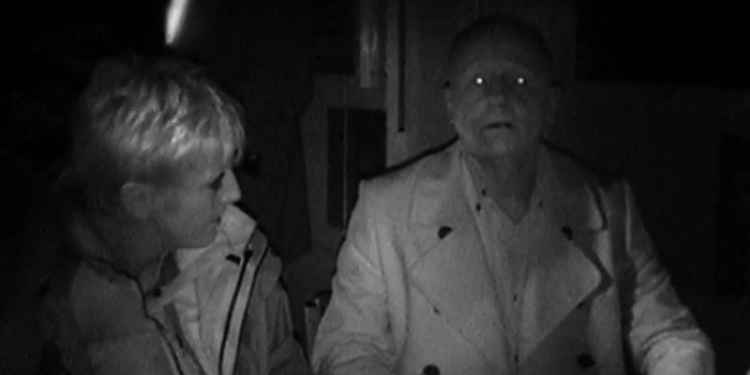 Yvette Fielding her team of ghost hunters visit Exeter Gaol in search of paranormal activity and things that go bump in the night.
The old jail and court rooms were built on the site of an old Roman settlement following the Norman conquest. The courts have a long and often bloody history. Many would have been sentenced to death here over the years and it was the location of the infamous Bideford witch trials, which resulted in the last ever hanging for witchcraft in England.
Given its fascinating history, which in turn has generated many stories of ghostly sightings, it is little wonder that Most Haunted have chosen to investigate.
In the old cells visitors report a feeling of depression and even uncontrollable anger. The ghost of an angry male prisoners is said to lurk here and chains have been heard rattling. Out in the courtyard many have reported seeing the ghost of soldiers and others have seen witches hanging from the gates.
Two spirits are said to haunt the post room, one is a female who is seen distressed and crying, the other is a tall man. This area is also said to be haunted by the ghosts of mischievous children.
This episode marks the first time that Yvette has investigated what was once a working court of law together with parapsychologist Ciaran O'Keefe. Before the investigation got underway, Ciaran said, "it is a very bizarr  location with a lot of layers, a lot of historical layers and a lot of different sorts of phenomenon, and depending upon which part of the location you're in there's different phenomenon that happens."
As always the investigation began with a walk around the property before dark. The show's psychic medium, Brian Shepherd, start the exploration with Yvette in the courtyard. Straight away he picked up on the spirit of soldiers from the 1600s. In the courtroom he correctly named the witches involved in the witch trials. And down in cell, he sketched the image of a large man, who was apparently a murderer name John.
With the lights out, the team held a séance in the basement cells, where Brian made contact with someone called Cornelius Conelly and correctly stated that he was a prisoner who was transported on a vessel commanded by Captain Phillips. Soon after this the team picked up on an overwhelming smell of wee.
While walking around the basement in the dark, cameraman Iain Cash caught an odd black shadow in front of Ciaran, hoping to catch more activity the team split up in to different cells. Karl doesn't last long in the cells alone before running out. But Yvette is convinced that thy have more to learn in this area of the building, so returns with Brian, Ciaran, historian Lesley Smith and makeup lady Catherine Howe.
Almost straight away them team picked up on a foul smell, which they described as smelling eggy or like wee. Yvette started calling out for the spirit of Cornelius when suddenly in the darkness the team started to hear what sounded like strange disembodied sounds coming from around them and then footsteps, which sent the team in to running away. Not helped by Brian shouting, "it's coming our way."
This was the last of the activity for the night and the investigation came to an end.
For reviews of all of the new episodes, plus highlights and evidence from the shows, and to find out when Most Haunted is on next, visit the Most Haunted episode guide.
Tags:
most hauntedparanormaltelevisiontopicaldevon