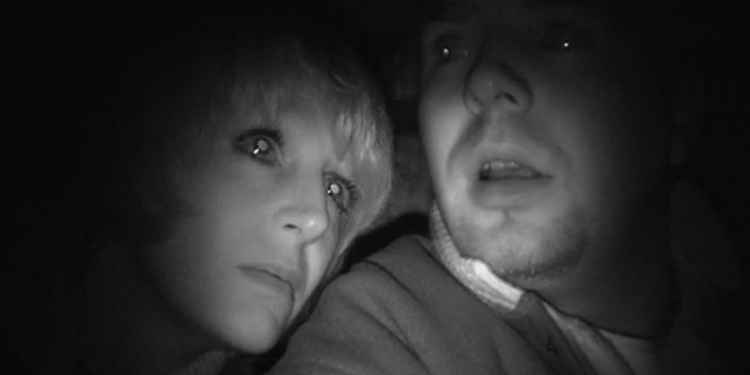 Yvette Fielding and the team visit Fitz Manor in rural Shrewsbury, which is thought to be haunted by a poltergeist. The manor house has experienced ghostly shapes, unexplained noises and allegedly it has two hidden tunnels.
The original structure of Fitz Manor was believed to be a Saxon hall house, which was first recorded in the 12th century. The manor is mentioned in the doom's day book and also in the charter of Henry I. The house has its own church and was once owned of Bishop of Shrewsbury. The church has been connected with the manor for many years, and in one such case a priest was supposed to have been crucified in the drawing room for being homosexual. Since this event moans and groans have been heard in the room on a regular basis.
The manor is now owned by the Bailey family and has been since the late 18th century. Many members of the family and their guests have experienced paranormal activity and seen ghostly apparitions.

The show's historian, Richard Felix, explains how the current owner's pets often pick up on the house's paranormal activity, "it's fascinating, they have two dogs here and on frequent occasions the family are there, they're watching television or working, and all of a sudden one of the dogs stands up, states into the corner of the room and starts barking."
The figure of a Victorian lady has been seen 14 times in the years leading up to the investigation in the red room on the first floor, she's also been spotted in the grounds of the local cemetery. In the orange rumour, the owners have reported the smell of tobacco, despite the fact that no one who lives in the house smokes.
Derek Acorah, as always didn't know anything about the location the team were investigating, but immediately on his walk around he picked up on the smell of tobacco, the residual spirit energy of a child and the essence of the Victorian lady who is seen in the bedroom. In the drawing room, Derek picked up on the energy of the priest who was crucified, as well as the reason he was killed. Derek came up with two names during his walk around, Margaret and Anne.
With these names in mind, Yvette, Derek and the team went to the graveyard to see if they could find their graves. Despite these being fairly common names, there were no headstones bearing the name Margaret or Anne. While walking around the graves Derek picked up on the energy of a young boy called Thomas, who he claims was killed in a collapse of one of the house's secret tunnels.
Derek then led the team to the house's cellar and a wall, which Derek said was hiding the former entrance to the tunnel. Later some of the team gathered in the drawing room with the owner and their dogs. While the pets didn't react to anything, the team did witness strange light anomalies.
Later Yvette and Rick Fielding conduct a vigil in the cellar where they heard several bangs in the darkness, felt the bench they were sat on vibrate and picked up on a foul smell, which Yvette described as smelling like rotting fish. The vigil ended with the pair screaming after Rick saw something whizzing past them.
The episode ended with a séance in the drawing room, where the team reported hearing several loud knocks on the table, they felt the table move and Richard in particular felt something moving around his hands in the darkness.
For reviews of all of the new episodes, plus highlights and evidence from the shows, and to find out when Most Haunted is on next, visit the Most Haunted episode guide.
Tags:
paranormalmost hauntedtelevisiontopicalshiver