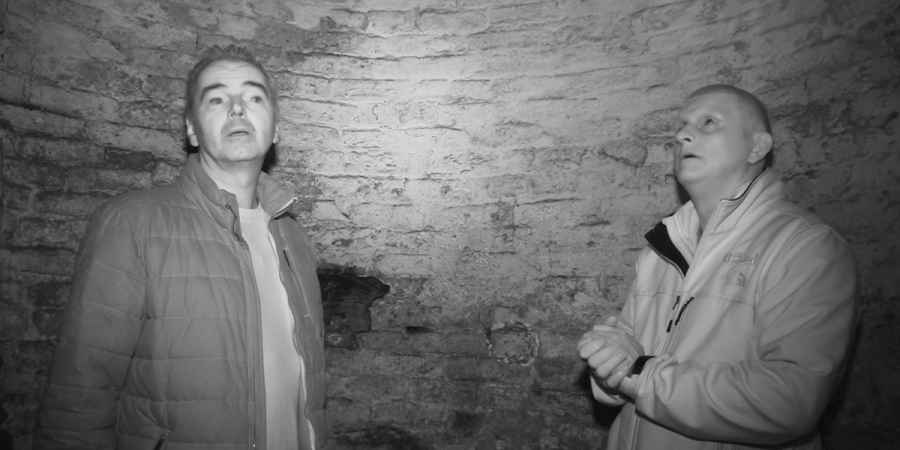 Yvette Fielding sends her team back to a location in South Yorkshire for an exclusive online-only investigation. Hodroyd Hall near Barnsley proved to be a very active location when the team first visited in 2019.
The episode is new to the official Most Haunted YouTube channel and comes as part of the show's Halloweek, a weeklong event bringing fans  new episodes every night over Halloween.
We join Karl Beattie, Stuart Torevell and Gregg Smith as they enter the building's vast basement on a very rainy night as water poured into the cellar posing a risk of flooding. It was in this area on their first visit that coins seemed to appear from nowhere and landed on the floor around them.

In a vaulted brick chamber that was once used as a butchers, Stuart started calling out "hello to who ever is here with us now," he went on "there's three men down here, we'd like it very much if you could come and communicate with us."
Later Stuart singled Gregg out, "the chap here that I'm pointing to, in the nicest possible way, come and do something to Gregg." Gregg laughed and said, "I've never been attacked in the nicest possible way," but just seconds later a short piece of metal pipe was seemingly thrown and hit Gregg's back.
Then the familiar phenomenon of coins falling from thin air returned and the gang found an old penny from 1920 on the stone floor. The whole team were on camera at the moment the coin could be heard landing on the floor, Karl said "I find that absolutely fascinating."
During their time in the cellar the three investigators heard footsteps in the darkness and what Gregg thought might have been the sound of horses hooves. They also saw unexplained shadows moving across the stone walls and even reported feeling threatened by the activity at certain points during the investigation.
Soon after the team's time beneath Hodroyd Hall came to an end, but Yvette and the gang are back tomorrow evening with another new episode exclusive to the Most Haunted YouTube channel. Be sure to subscribe now so you don't miss out on the new episodes as they appear.