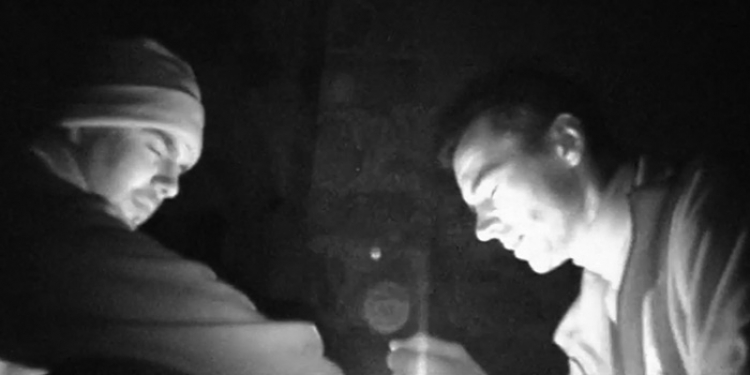 Yvette Fielding and a team of experts visit Ireland's Leap Castle at Roscrea in Ireland, regarded as the most haunted in Europe.
Yvette welcomes us to the ancient place castle, that she says "instills fear into the most hardened ghost hunters." Leap has three main rooms with at least 20 ghosts to investigate.
The castle was built in the 14 century and was used as a stronghold of the O'Carroll family, powerful Irish princes who thought nothing of murder. In fact, the castle's history seems to be nothing but a massive bloodbath. In the 1930, workmen discovered three cart-loads of human bones in the dungeon, thought to be those of 39 people who were slaughtered in the former chapel.
There's a nasty ghost known as an elemental, that enjoys terrorising residents. The show's resident parapsychologist Jason Karl explains that an elemental ghost is said to be half-animal and half-human and is supposed to be formed by negative energy due to the property's grim past. As well as this sinister being, the property's current owner Sean Ryan has experienced what he describes as "copycat" sounds when he's working. Sean says that the elemental often produces foul smells like rotten flesh.
The ghost of a little girl has been spotted throughout the house and was even witnessed falling from the battlements by a visiting American actress. Another ghost, that of an old man, resides in the oubliette but is said to sometimes leave this area and roam the upper halls.

Before the investigation got started, producer Karl Beattie held a lone vigil in the banqueting hall but experienced no activity. Jason's camera battery died and cameraman Rick Fielding heard something whisper in his ear. Jason checked the environment around Rick and found unusually high electromagnetic fluctuations using his EMF meter, but when describing the phenomenon mispronounced the unit of measurement, milliGauss, which detracted from his credibility.
One the show's spiritualist medium, Derek Acorah, arrive the investigation proper began. The team gathered in the gallery where Derek picked up on the essence of a tall woman in a flowing red dress on a balcony that overlooked the room.
Derek commented on the woman's face, saying it had changed and now looked ugly and grotesque. He described the experience as being "inter-dimensional not just spiritual." He eventually concluded that this woman had the learnt dark arts to change herself and started mentioning animal like traits. The property owner, Sean, was worried that Derek had encountered the elemental. Sean may have been right, as Derek eventually described the spirit as a "dual soul" that can shape-shift.
Later in the chapel, Derek picked up on multiple murders and the spirit of a hooded man, he identified this man as a monk. According to the castle's history, a monk was believed to have been murdered while praying.
The team then split up and a very reluctant Rick held a séance with Karl in chapel, after an argument about it. During the vigil several orbs were caught on camera and a candle, which was on the table between them, flickered violently and seemed to respond to them.
The episode ended soon after Yvette burst in to tears. She was already on edge but when Stuart Torevell closed a door on the stairs after she had asked him not to, she had had enough.
For reviews of all of the new episodes, plus highlights and evidence from the shows, and to find out when Most Haunted is on next, visit the Most Haunted episode guide.
Tags:
most hauntedparanormaltelevisiontopicalirelandshiver