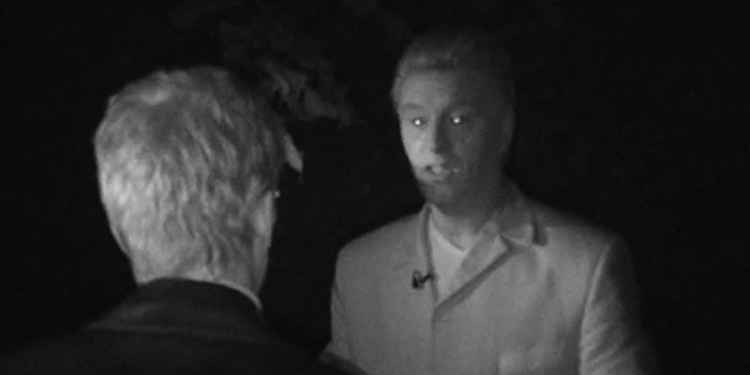 Levens Hall on the edge of the Lake District hosts this hour long special of Most Haunted. Ghosts reported at this historic house, which can trace it's origins to 1350, include a Grey Lady, a phantom black dog and a lady in pink.
Yvette welcomes us to the first ever Most Haunted that was broadcast as a one hour episode, although all the others in the series were re-edited for their DVD release to include "unseen" footage. This first true hour-long investigation takes place at Levens Halls, a property which has been continuously occupied for 700 years and has stories of curses, ghosts and hauntings that date back years.
The house was originally built by the de Redmans and has been past from family to family, each of this has had their own part in making the hall look the way it does today. One notable former owner, Alan Bellingham, lost ownership of the house in a game of cards.
There have been many ghosts sightings that have intrigued and frightened people for many years. The current occupants have reported strange noises and ghostly apparitions. Susan Bagot, the current owner, tells us about the grey lady who's seen with her hair in a bun on the house's grand driveway, as well as the spirit of a little black dog who's seen inside and outside the property.
Susan also tells us about a curse that was supposedly laid down on the house by a gypsy. It's said she knocked on the door begging for food and was turned away and as she lay dying, she cursed the house saying that no male heir shall inherit the house until the River Kent ceased to flow and a white fawn was born in the park. Apparently the house was handed down over several generation through the female line. The curse seemed to be broken when Susan's great uncle was born and the river froze over, thus temporarily stopped flowing and a little white dear was born in the park.
We then meet two new team members, both of which are parapsychologists. They are David Scanlan who says, "I've had a special interest in Levens Hall for quite a few years now because of the amount of conflicting ghost stories here." The other is Vicki Purewal, who says she's been interested in parapsychology since she was 15-years-old, "I believe in something, but whether I'd call it a ghost, I'm not sure."
Jason Karl then talks us through the kit that the team have available to them tonight. Including a bank of television connected to cameras around the house, and a special camera with built in thermal imaging.
Once Derek Acorah arrived, he started his walk around with Yvette, Jason and David. As always, he picked up on many of the historical names and characters that were associated with the house, with help from his spirit guide, Sam. He also identified the mysterious grey lady as member of the de Redman family and picked up on the details of the curse while wandering around the topiary garden.
The team then split up, some in an allegedly haunted corridor messing around with the specialist cameras and other ghost hunting devices such as EMF meters, where Derek though he saw the outline of the grey lady. Karl Beattie and Rick Fielding were out in the garden in the rain, where Karl felt like something touched him.
A terrified Yvette then held a lone vigil on the upper floor, where she witnessed a door open on its own. Yvette radioed through to David who told her it was probably just a draught and suggested she go and investigate. Yvette reluctantly ventured further into the darkness. The door went on to open two more times after Yvette shut it.
For reviews of all of the new episodes, plus highlights and evidence from the shows, and to find out when Most Haunted is on next, visit the Most Haunted episode guide.
Tags:
most hauntedparanormaltelevisiontopicalcumbria