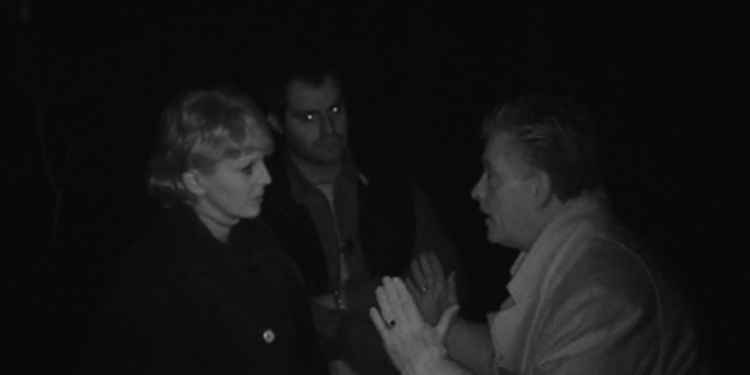 Yvette Fielding, medium Derek Acorah and the experts visit Pengersick Castle in Cornwall, said to be haunted by the ghosts of sailors and monks, in the hope of experiencing something out of the ordinary.
Pengersick Castle has a multitude of ghost, sailors in search of lost treasure, two murdered monks, a demon and cries pitiful souls that have been buried in unhallowed graves. This place has been described as frightening and evil, so much so that people don't want to spend any time here.

The castle is an ancient fortified building, part of the once great manor that existed here in the 12th century. Henry Pengersick, who was the head of the family and was responsible for the construction of the castle, was reputed to be a violent man who dealt in the black arts. It's thought he murdered a monk and wounded the David de Lyspein, the Vicar of Breage. It's said that Henry and his wife's spirit now haunt their former home.
The most haunted room in the castle is said to be the bedroom where a woman in white is said to roam, a woman in great pain is seen at the window and a murdered man walks around angrily.
But as well as investigating the inside of the castle, the team are going to tackle the ground, where the present owners believe that the ghosts of sailors from a wrecked ship, the St. Anthony roam looking for treasure. In order to spend part of night outside, the team erect two tents outside near to ancient plague burial pits.
Derek Acorah, the show's psychic medium arrived at the castle and started his walk around on the battlements where he picked up on the spirit of a little girl who lost her life after falling from here. Later Derek entered a room and mentioned that he felt the sensation of chocking, as he said this, the show's historian Richard Felix had to leave the room as he suddenly had a coughing fit. The crew also experienced strange, unexplained knocks and bangs.
Derek then went out into the castle grounds where he picked up on the spirits of the unconsecrated bodies buried there. He said that some were buried here because of a connection to witchcraft and the dark arts, while others were buried as a result of the plague.
The unlucky team members who had to spend time outside alone were makeup lady Catherine Howe and production manager Victoria Lysaght in one tent, and cameramen Rick Fielding and Craig Harman in the other. Although being pretty scared while sat outside in the dark, it was fairly uneventful other than a bit of rustling, which was probably just wildlife.
Inside, there wasn't much more going on. A couple of bangs were heard, a door was reportedly slammed and an orb was caught on camera. Yvette said herself, "all in all we were a bit disappointed with out evidence of Pengersick Castle."
There was one last scare which came just before 6am, when Karl Beattie and Rick Fielding were walking into the castle to set up some locked off cameras, they heard a noise behind them and spun around to hear something running away.
For reviews of all of the new episodes, plus highlights and evidence from the shows, and to find out when Most Haunted is on next, visit the Most Haunted episode guide.
Add A Comment
Tags:
most hauntedparanormaltelevisiontopicalcornwallshiver