This article is more than ten years old and was last updated in February 2021. 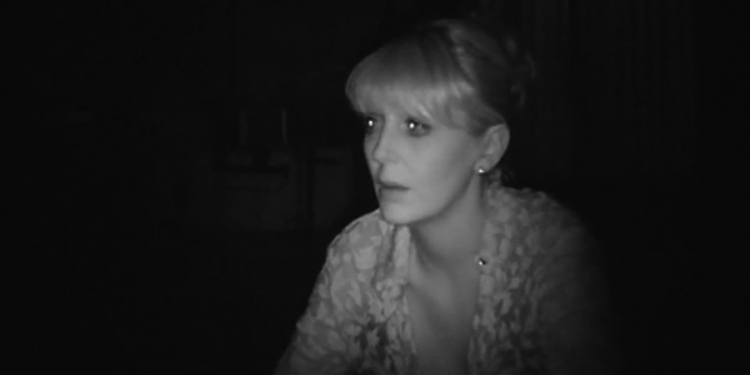 This week Yvette Field and the Most Haunted team have come to Tamworth Castle, a place that's supposed to be haunted by some very malevolent spirits, with spirits causing momentary blindness, strange apparitions staring from windows and a weeping lost soul who walks the castle in search of her murdered lover.

The castle has been occupied throughout most of its 800 year history, as both a fortress and a family home. In 913 Ethelflaeda, King Alfred's daughter built a fort on a mound for protection against the Danes, this was part of the first construction of the castle. Not only did she stop the Danes from entering the fort, she also drove them from Tamworth.The castle has an intriguing past with many different tales to tell about the different families that have lived here. 11 different resided here until 1879, when the town council of Tamworth bought the castle for £3,000.
The show's resident historian, Richard Felix, told us about the castle, "there's been an awful lot of history on this exact site, battles between Saxons and vikings and feuding, siege, and of course with the castle of such antiquity, you're going to have ghosts and spirits."
The hauntings range from reports of figures seen out of the corner of the eye and staff have been calmed out when the security alarm has gone off for unknown reasons. There are also plenty of stories of lights turning on and off on their own, and doors opening and closing.
In the long gallery on the second floor, two staff saw a ghostly apparition, when it approached them one of them felt a sharp pain in his face and was temporarily blinded. They claimed that there was a flash of light and the apparition turned into a blue mist and floated out of the room. Other members of staff have also reported seeing strange mists.
A lady in a long white dress has been seen in the bedroom on the second floor. Legend has it she is the spirit of woman who was captured and held at the castle and she's believed to have thrown herself off of the battlements, where her ghost has also been seen. A black figure, believed to be the ghost of Saint Editha has been seen on the stairs, and was even caught in a photograph in the 1940s.
As always, the investigation began with Yvette walking around the property joined by Phil Whyman and psychic medium Derek Acorah. Only minutes after they began, the team heard a door slam and couldn't find a cause for this. The walk around continued and Derek picked up on the essence of a female spirit and a Spanish executioner.
During the investigation, the team split into two groups and sat in the dark to hold vigils. Just after Yvette called out to the spirits and asked them to give her a sign they could hear her, the castle's fire alarm went off. After a full evacuation, the property's manager said that they hadn't been able to find a cause for the alarm.
For reviews of all of the new episodes, plus highlights and evidence from the shows, and to find out when Most Haunted is on next, visit the Most Haunted episode guide.
Tags:
paranormalmost hauntedtelevisiontopicalstaffordshireshiver