Most Haunted S03E09: The Galleries Of Justice, Nottingham - Full Episode

This article is more than ten years old and was last updated in September 2019. 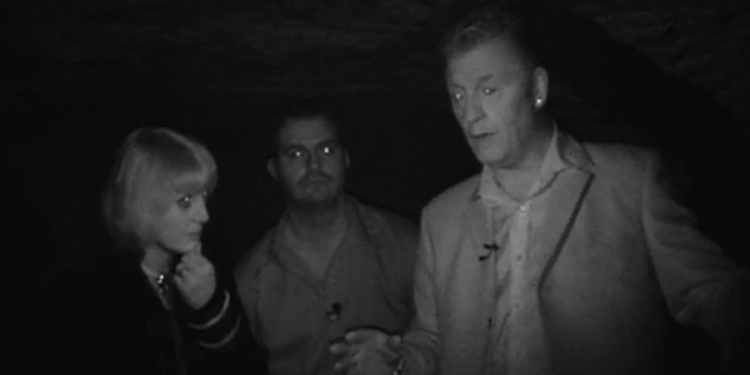 Yvette Fielding and the team visit the Galleries of Justice, a spooky old courthouse, prison and former place of execution. Located the centre Nottingham it's a place that's seen so much death, where full apparition, tortured screams and also ghostly footsteps have all been witnessed by staff and visitors alike.
Over the centuries many thousands of people have entered the building with a sense of dread and uncertainty. The very steps they entered by is the site of many public execution. The Galleries Of Justice are now a Galleries Of Justice, but there has been a court on this site since at least 1375 and prison since at least 1449. The museum houses two Victorian court and the original 18th and 19th century cells.
The building's entrance hall is where people would have waited to be tried, not knowing if they'd executed or incarcerated. Three apparitions have been seen here. The ghost of a Victorian gentleman, a soldier and an old lady. In the old courtroom, which was last used as a crown court in 1986, disembodied groans have been heard and dark shadowy figures have been seen. The court, which looks exactly the same as it did hundreds of years ago, is where the accused learned of their fate and execution were handed out.
Another paranormally active part of the building is said to be the old cells on the lower ground floor. On the corridor outside the cells the sound of keys have been heard and doors slamming by an unseen force.

When the show's psychic medium, Derek Acorah, arrived he started his walk around with Yvette and one of the show's inverstigators, Phil Whyman. Derek picked up on the spirit of a prisoner called William who haunts the courtroom, as well as the cells. He also picked up on the spirit of Elizabeth Simpson, a former employee of the jail.
With the walk around complete, the team conducted the rest of their walk around in the darkness, starting in the exercise yard. The team then made their way into a warren of mediaeval caves under the jail. Here Derek picked up on the essence of a completely different set of spirits, none of which were connected with the courtroom or cells above.
While Derek talked about a the existence of a rumoured secret tunnel to the nearby castle, a stone was seemingly thrown behind them and Phil said he heard something whispered in his ear. Later in the investigation a couple of odd sounds were caught on camera. The first sounded like a scream near the cells, the second was captured in the caves and sounded like someone gagging.
At one point Yvette and the team heard a very loud banging sound. The show's resident historian, Richard Felix said, "it frightened us to death, it really did." Richard opened the door to see if anyone was the other side who could be making the noise, but found no one there. He added, "in my opinion it was real poltergeist activity that took place there."
For reviews of all of the new episodes, plus highlights and evidence from the shows, and to find out when Most Haunted is on next, visit the Most Haunted episode guide.
Tags:
paranormalmost hauntedtelevisiontopicalnottinghamshireshivergalleries of justice