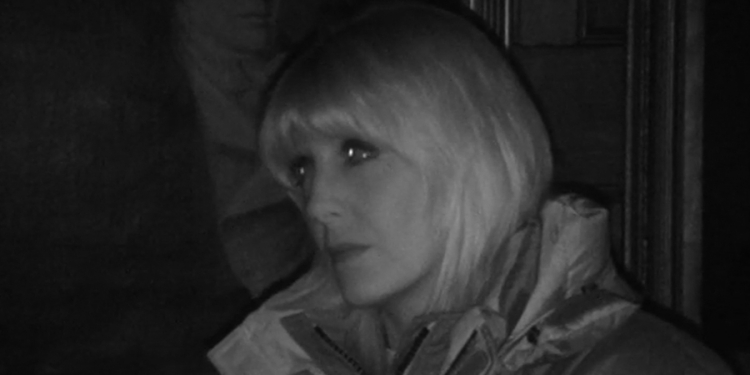 Yvette Fielding and a team of experts visit Greengate Brewery in Middleton, Greater Manchester to investigate ghostly goings-on such as barrels moving around in the cellar, a dark figure appearing in the attic and a security guard getting his face slapped by an invisible presence.
The location was quite different for the show, as it is a working brewery. Inside it resembled an old factory, while the outside of the building looked like it belonged in the television show 'Coronation Street' with its cobbled lanes and red brick buildings.

In 1828, a successful cotton manufacturer by the name John Lees bought the Greengate house premises and set up a brewery. Although new to this line of work, John succeeded in creating a thriving family business. In 1876, ale product was so good, that a new brew house had to be built to cope with demand. Two years later, the founder's sole surviving grandson, John Willy Lees, took the helm and the brewery became J.W. Lees & Co. The brewery has managed to change with the time and remained a successful independent company.
The show's historian, Richard Felix said, "it's so refresh to find a place that is not shrouded in mystery and murders and death, it's just an ordinary place of work".
The brewery has a high level of reported paranormal activity and of special interest to the Most Haunted team, is that so much of it is recent. Poltergeist activity, phantoms and footsteps have all been witnessed here.
A figure has been seen walking across the tank room in a long white coat, but when challenged the figure disappears. Many staff have reported hearing footsteps walking across this room. The filing is also the site of a reported apparition. A tall dark cloaked figure has been seen here walking between the filing shelves. The board room is also said to be haunted, the ghost of a lady has been seen sitting at the meeting table and a security guard reported being hit across the face by an unseen hand, and objects have been seen flying across the fermenting room.
Yvette, Derek Acorah and Phil Whyman started their walk around in the sampling room, where Derek picked up on the energy of a murder victim who he claims was thrown down a well. The well is known to exist but is now buried under the floor in this room. They then heard five clear bangs in quick succession coming from the barrel room, they went to investigate and in the distance heard a door banging.
The team then turned all the lights out and switched to night vision to continue their investigation, starting in the board room. As so much activity had been reported in the room, the team tried a séance using a glass on the table. They placed their fingers on the glass and encouraged the spirits to move it, but the experiment proves unsuccessful. Instead they left the glass on the table and locked the room, in the hopes that it might move while they're not around.
It was team members Catherine Howe and Suzanne Vinton who had the worst ride in this episode. While on a lone vigil on the upper floor, they heard various sounds around them, but stuck it out for a good length of time.
Yvette and hubby Karl Beattie were alone in the dark in the barrel room, where they heard the sound of something being thrown at one of the barrels. Yvette, thinking things were being thrown at them, had had enough and left, leaving Karl alone. He went to track down Stuart Torevell and Jon Dibley as no one had heard from them for a while, but they soon returned after a seemingly uneventful vigil.
Derek, Richard, Phil, Tom O'Carroll and guest psychic David Wells went to the filing room. After David made contact with a spirit called Tomas, he felt like something had tapped him on back. Then a cabinet behind Derek started violently rocking. Richard described this as "pure unadulterated paranormal activity at its best," but no other activity occurred in this area, so they went back to the boardroom, where they found the glass they'd left had not moved.
Then episode ended with Stuart solo investigation in the barrel room, he started by calling out to the spirits of the brewery and asking them to make their presence known to him. Stuart was in total darkness, but as this is a working brewery, it wasn't silent. The sound of machinery could be heard in the background.
Then in the distance he heard what sounded like something splashing in a puddle and then several loud noises like barrels rolling or moving around. Stuart called out "is anybody down there?" as the noises continued. He shouted "there's something there, there's something there!" Then he saw what was coming out of the darkness. A beer barrel had rolled the full length of the corridor, coming to a halt when it his something at Stuart's feet.
The Greengate Brewery has to be one of the Most Haunted team's most active investigations to date. The activity proved too much for Yvette, Cath and Suzanne, and the activity that Stuart experienced in the barrel room is some of the best evidence the team have caught to date.
For reviews of all of the new episodes, plus highlights and evidence from the shows, and to find out when Most Haunted is on next, visit the Most Haunted episode guide.
Tags:
paranormalmost hauntedtelevisiontopicallancashireshiver