This article is more than ten years old. 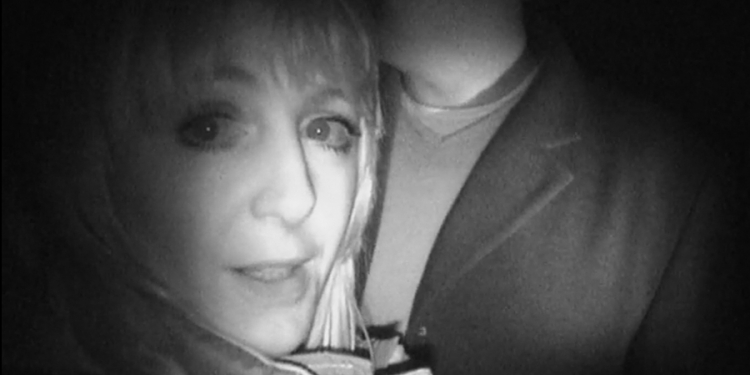 Yvette Fielding and the Most Haunted team come to Leicester to investigate the Guildhall, which was once a court house, a police headquarters and a school. There have been reports of loud, inexplicable footsteps and apparitions including a white lady and a monk.
Built in 1390, the Guildhall is one of the best timber-framed halls in the country. It dates back 600 years and has had many different uses, a meeting a place, library, courthouse and lock-up, a theatre, a school and the headquarters of the Leicestershire police force.

Over the years, so many people have occupied the beautiful building for many different reasons. Could these past occupants and visitors be still walking the rooms and corridors of the Guildhall?
In the library on the building's first floor a phantom known as the White Lady has been seen on several occasions. Furniture, including tables, has also been known to move on its own and doors are said to unbolt themselves once they've been locked. Another apparition, that of a monk, has been seen standing over a large King James I bible on display in the room and the pages are said to mysteriously turn on their own.
The great hall is said to be haunted by the ghostly black cat, see sitting on the stairs and in the jury room, loud footsteps have been heard, objects are said to move around on their own and the apparition of a police man has been seen. Cries and moans have been heard coming from the old cells and the figure of an old man wearing rags has been seen swaying from side to side.
As always, psychic medium Derek Acorah was on-hand to shed some light on the paranormal activity that plagues the building. Derek picked up on a lot of the energy of the spirit who haunt the building and re-told their stories. Yvette was also joined by guest psychic, David Wells, who corroborate and added to what Derek had picked up on.
Later, the team split up to investigate the building. In the old cells, David picked up on all sorts of negative feelings and emotions relating to the brutal incarceration that would have taken place here, and Cath Howe reported feeling strange, got a headache and felt sick. The team heard strange knocking sounds coming from upstairs and several of the team members, including Yvette, also reported picking up on getting an unpleasant taste in their mouth.
Karl Beattie and Stuart Torevell later took over in the cells. Karl locked Stu in a cell and then found a cell of his own, so that they could both hold individual lone vigils. Stuart was struggling to keep his eyes open, but Karl heard a strange clicking sound inside his cell. Moments later, Stuart heard something land on the floor outside his cell.
In the library, Phil and his team caught on camera what Yvette described as "the most audible ghostly footsteps ever witnessed on Most Haunted." The creepy footsteps were very clear and seemed to be coming from above them.
Richard Felix finally achieved a personal goal of finding the bravery to conduct his own lone vigil. Normally his time alone lasts for just a few minutes before he runs to safety, but the historian spent an hour alone in the cells at the Guildhall, but was a little disappointed that nothing out of the ordinary occurred during this time.
For reviews of all of the new episodes, plus highlights and evidence from the shows, and to find out when Most Haunted is on next, visit the Most Haunted episode guide.
Add A Comment
Tags:
paranormalmost hauntedtelevisiontopicalleicestershireshiver