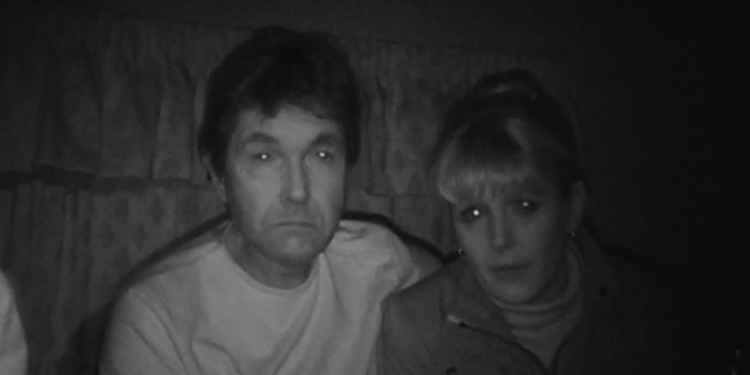 Yvette Fielding and the Most Haunted team investigate the Manor House situated in the heart of County Durham in the North East of England, close to Durham city centre. It was built in Ferryhill in the late 1500s and was once a manor house, before becoming an orphanage, now it's a hotel.
The house started its life as a farmer's dwelling in the late 16th century. The house past through many different hands over the years until 1913. The vicar of St. Luke's parish church had the house converted into an orphanage, it was soon realised that it was too small for this purpose and it was reverted to a private residence owned by a local doctor. There followed several further owners before 1989 when it became a small hotel.

The ghost of a tall woman has been seen walking up the stairs, searching for her baby that is said to be buried in the grounds of the manor. On the first floor in guest room six, the ghosts of children and a sinister figure have been witnessed. In room seven, the image of a large man has been seen staring angrily at guests, before slowly disappearing and lamps have been seen flying across the room. And, in room eight also has its own spooks, including dark shadows and a young boy who was staying in the room awoke in the middle of the night to find an invisible entity grabbing his throat.
The show's spiritualist medium, Derek Acorah picked up on the residual energy of a male who he said was a murder. In room seven, he felt the spirit energy which regularly comes into the room, including that of the murder he'd already picked up. Derek was then drawn to room eight, and despite not knowing the story of the boy being attacked, Derek picked up on the memory of this event.
Once the lights were turned off and the cameras were switched to night vision, the team headed down to the cellar where camera man, Jon Dibley, felt something touch the back of his head and Derek felt the presence of a negative spirit. Moments later, Yvette heard something growl in her ear.
Later on the first floor, Phil Whyman's famous clipboard, which he'd placed on a sideboard was seemingly thrown on the floor. Yvette then tried to provoke the spirits in room six, but got no response but then all of a sudden Derek became possessed by an aggressive presence. Derek believed it to be the spirit of a child killer, he was left feeling drained and it took several members of the crew to calm him down.
Later in their investigation, Yvette and the team were joined by guest psychic, Ian Lawman. Ian became quite emotional at one point when he started channeling the spirit of a wealthy gentleman who was associated with children, presumably this was the spirit of the vicar who funded the orphanage.
At one point in the show, producer Karl Beattie got the fright of his life while in room eight with Rick Fielding and Stuart Torevell. All of a sudden there was a bang and the television in the room seemed to turn itself on. The show's historian, Richard Felix, called this "classic poltergeist activity."
The episode ended with Ian Lawman performing a spiritual cleansing ritual at the house. Yvette says that since this, the owners of the property haven't reported experiencing anything else going bump in the night.
For reviews of all of the new episodes, plus highlights and evidence from the shows, and to find out when Most Haunted is on next, visit the Most Haunted episode guide.
Tags:
paranormalmost hauntedtelevisiontopicalcounty durhamshiver