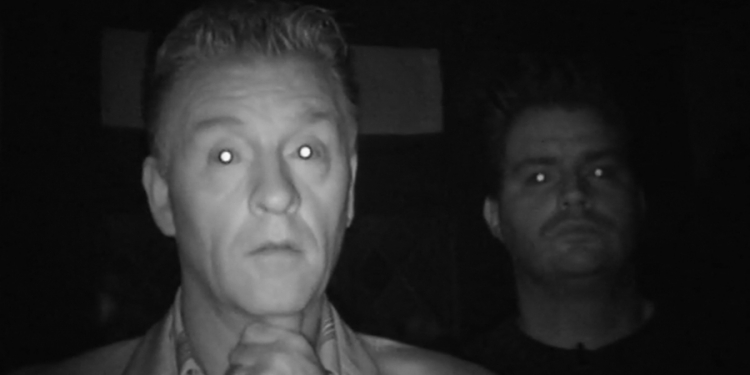 Yvette Fielding, Derek Acorah and the crew visit a 16th-century manor house in Ferryhill, County Durham, to discover the truth behind stories of a mysterious woman who roams the building.
The Manor of West Bromwich is listed in the Doom's Day Book, under the possession of William Fitz-Ansculf, the Baron of Dudley. The manor house was constructed in the late 13th century and has had many residents. It was passed through the heir of William until 1713, when it was put up for sale due to financial difficulties. Eventually it fell into a state of disrepair in 1823.

In 1836, it was converted into tenements where three families lived until the 1880s. These flats concealed the manor house. It was rediscovered whilst under demolition in the 1950s. The manor house has been restored and is now a restaurant, during this work rooms which had been sealed for decades were re-opened. The show's historian, Richard Felix, describes the building as "a unique medieval hall house".
The building has almost 800 years of history, many people have lived and died here. It said that the spirits of many them still remain and have been blamed for the sightings of dark figures, unexplained power cuts and strange disembodied voices.
In the main bar area, people have heard their name called out, despite the fact that no one is there. The old chapel is now part of the restaurant and in this area lights seem to turn themselves on and off. The apparition of a bearded man has also been seen looking out of the window. Even the ladies toilets are said to be haunted, a ghostly apparition dressed in clothes from the Middle Ages has been seen in one of the cubicles.
Before the investigation guest medium, David Wells, said "I think it could be quite a busy night, certainly from my point of view of sensing things. Whether of course we can get them to actually activate will be a completely different thing." He added that there "seems to be a lot of presences around, inside and indeed outside the building."
As always, paranormal investigator Phil Whyman conducted his baseline tests before the investigation got underway. He said, "the main activity here tends to focus on visual apparitions and figures, those figures include a man with a black beard looking forlornly out of a window and also that of a grandmother-type figure, who's been described as being in her 80s and mostly been seen by children."
One the show's psychic medium, Derek Acorah, was on the scene, the team started their walk around in the part of the restaurant that was the old chapel, where he picked up on the death of a old woman and a young girl by fire, as well as a tormented male spirit. They then moved on to the museum room, where Derek picked up on the energy of a brutal murder. He says the victim's body was cut up and hidden on the land and hasn't been found to this day.
Later, with the lights out, the team switched to night vision cameras and continued their investigation. They started in the bed chamber, where Derek picked up on the energy of flames and fire. He eventually said that the young girl seen was called Emily and that she had died when an accidental fire broke out in the building.
The team then split up, Yvette, David and some of the crew conducted a séance in the restaurant area, while Karl Beattie and Stuart Torevell held a vigil in one of the bedrooms, where they heard several strange bangs, scratching and footsteps. The teams then swapped places, Yvette and co went to the first floor, where twice a latched door seemed to open on it's own.
They then moved down to the haunted women's toilets, where Yvette had a massive fright when she thought something had spat at Jon Dibley, but it turned out to be nothing more than an automatic air freshener pumping fragrance out into the room. Towards the end of the episode, Richard, David and Tom O'Carroll were in the museum room, where they heard footsteps and Richard saw the shadow of something moving through the gap underneath the door.
For reviews of all of the new episodes, plus highlights and evidence from the shows, and to find out when Most Haunted is on next, visit the Most Haunted episode guide.
Add A Comment
Tags:
paranormalmost hauntedtelevisiontopicalwest midlandsshiver