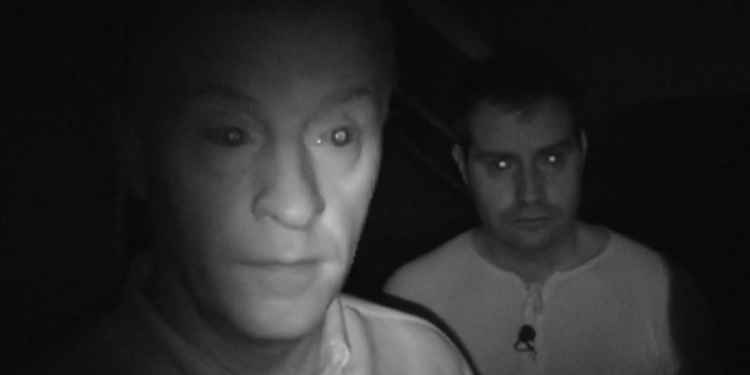 This week Yvette Fielding and the Most Haunted team investigate the Schooner Hotel in Alnmouth on the Northumberland coastline. The former coaching inn dates back to the 17th century and boast over 3,000 sightings of reportedly 60 different ghosts since 1998. The team hope to find out if the hotel is as paranormally active as the owners and its guests make out.
The inn has been the hub of Alnmouth village since the first customer back in the 1600s, it sits on the coastline and has been connected with murderer, suicide and smuggling. It even has a secret tunnels in the cellar which would have once allowed smuggler access to the sea from the inn. It's now blocked up, but a dark shadowy figure has been spotted near the former entrance.

"The place for hundreds of years was a famous seaport," historian Richard Felix tells us, "all sorts of famed people stopped off, stayed here and there's been reports of murders, suicides, hangings, all sorts of things have gone on here."
Staff have reported seeing a figure walking through the corridors at night, it appeared so real that they thought someone has broken into the hotel, a maid is also said to haunt the corridor. Almost all of the 32 rooms in the hotel has alleged spiritual activity, but room 28 is said to be the most haunted. It's in this room that a family massacre is said to have occurred in the room. A father who were staying there came back to his family in the room to find them all slaughtered with an axe, as a result guests have reported strange nosies, dark shadows, temperature changes and the feeling of an evil presence.
Room 17 and 18 are also said to be very haunted, guests have reported odd sounds, sensations and shadows here too. We've also these stories, it might be easy for the team to get carries away, but Phil Whyman said "we've got to remember, we are in supposedly the most haunted hotel in England. We've got suicides, we've got massacres, we've got things that are seen regularly. Part of my job tonight, I feel will be calming the crew down."
When the show's medium, Derek Acorah, arrived he was immediately draw to room 28, the site of the massacre. Upon entering the room Yvette panicked after she said she felt the bed move, but Derek continued and picked up on the residual energy of the hauntings in the room, including the brutal murder of the family. Yvette felt an unusual hotspot on the wall in the room and several of the team reported seeing a shadow.
Yvette and Derek then moved on to room 16, where the ghost of a soldier has been seen watching a guest sleep and objects have moved on their own. It didn't take Derek long to pick up on the energy from these hauntings.
During the walk around the crew has several odd experiences themselves including lights that seem to turn themselves on and off, the sound of phantom people outside of a room and locked doors opening of their own accord. The team also noticed that the alarm clocks in several rooms were flashing, as if they had been unplugged.
Later Yvette and Richard held a vigil in the pitch black cellar where they heard unexplained knocking sounds and bangs, which seemed to come from all around them. They got so scared by the activity, that after a while they were forced to light a candle to see what was going on around them.
For reviews of all of the new episodes, plus highlights and evidence from the shows, and to find out when Most Haunted is on next, visit the Most Haunted episode guide.
Add A Comment
Tags:
paranormalmost hauntedtelevisiontopicalnorthumberlandschooner hotelshiver