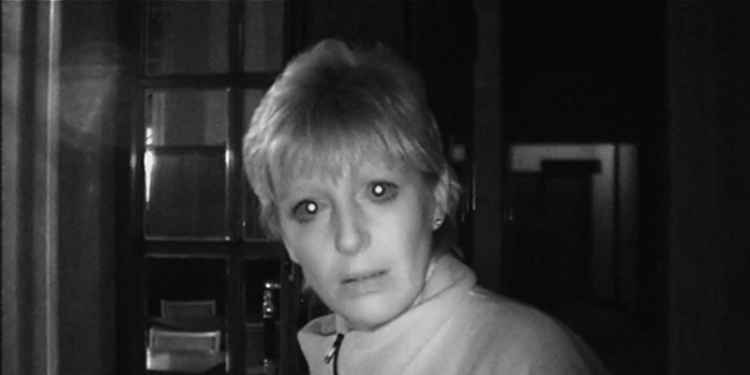 Yvette Fielding and a team of experts visit London's reputedly haunted Theatre Royal, Drury Lane, where staff claim to have caught a ghost on film.
Yvette welcomes us to the famous theatre in the heart of London's West End, "according to theatrical folklore, it's incredibly lucky to have a resident ghost in a theatre, which must make this week's location one of the luckiest theatres in the world because it has at least five ghosts."
The Theatre Royal is London's oldest working theatre, there's been a theatre on this site since 1661. The theatre's most famous ghost is known as the Man In Grey, a spirit who is seen limping through the theatre in a grey cloak and three-cornered hat, he's usually seen at the beginning of a successful West End run.
Whoever this ghost is, he seems to be friendly, it's often been said that he'll give actors a helping hand by pushing them in to position and can often be seen walking past the stage in front of the entire audience during matinee performances. Amazingly, he was once seen by 70 actors at once while they were on stage having a group photograph taken.
Dan Leno, the famous pantomime dame who died in 1904, is reported to haunt the backstage areas, having performed in around 20 pantomimes here. There's also the Lavender Lady who makes her presence known through the scent of the flower.
The ghost of the comedian, Joseph Grimaldi, is also said to haunt the theatre. He's said to give actors a kick up the bum on stage if they're not pulling their weight.

To start with, spiritual medium Derek Acorah didn't pick up on any ghostly inhabitants in the theatre's lobby, but upon moving into the circle, he started to become aware of the energy of the spirits that haunt the building, including that of a man and Arnold Woodruffe, who some believe could be the Man In Grey. Derek then went into a weird trance like state and had to be removed from the room. Derek eventually returned and made contact with more of the theatre's spirits.
After the lights were turned off, the crew split into two teams. Yvette was with Jason, Karl Beattie and Rick Fielding, and the were all convinced they saw someone carrying chains walk behind Karl, and also heard the sound. After a search, no one was found.
While Mark Ellison, Martin Huntley and Ian French were high above the stage, Yvette and Jason held a vigil in the auditorium, where Yvette was sure someone had blown in her ear. Later Yvette and crew were walking through a corridor when they saw a pair of legs walking at the end of the corridor.
Although it wasn't caught on camera, Yvette said this was the first time the team had seen an actual ghost. Which is a little odd as earlier in the episode they seemed convinced that the man they'd seen carrying chains was a paranormal occurrence.
The episode ended with Rick sat in the specific chair which is often said to be occupied by the Man In Grey, Stuart Torevell was sat next to him, while Karl was off filming on his own and caught an orb on camera.
For reviews of all of the new episodes, plus highlights and evidence from the shows, and to find out when Most Haunted is on next, visit the Most Haunted episode guide.
Tags:
most hauntedparanormaltelevisiontopicallondonshiver