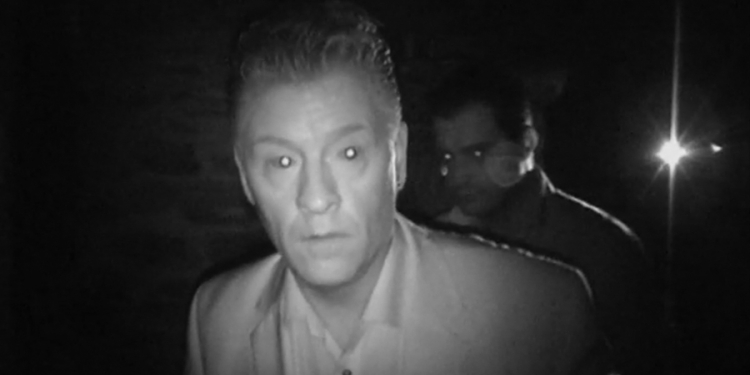 Yvette Fielding and a team of experts visit the Wellington Hotel, a 17th-century coaching inn at Boscastle in Cornwall, has been the scene of murder, suicide and great sadness.
The castle originally serviced the Boscastle to Bude coast road in North Cornwall. It wasn't until the death of the Duke of Wellington that it became the Scott's Wellington Hotel, then eventually the Scott's was dropped and it became known as The Wellington.
Many lords, ladies and famous people have stayed here over the years, including Thomas Hardy and Guy Gibson, who was the leader of The Dam Busters. Some guests love staying so much, that their ghosts are still said to roam here.

The show's historian, Richard Felix, says "most hotels have a haunted bedroom, this hotel has got at least four haunted bedrooms. Room nine, room ten, room 23 and room 21. Why so many things haunt these rooms, nobody knows."
The ghost of an old lady, sometimes described as a maid, is supposed to haunt the most of the rooms of the second floor. She's been witnessed many times walking through the door of room nine, without evening opening it.
The ghost of a little boy has seen walking up and down a corridor that runs alongside the cellar. The story goes that the boy was trying to save his friend from drowning in the river that runs underneath the building. As well as an evil presence, dark shapes have been seen in the cellar. Is it the spirit of a young man who killed himself or the tortured soul of a murder victim? The apparition of a tall man with a ponytail wearing a Victorian-style clothing is seen on a regular basis in one of hotel's corridors.
Talking about the hotel's rich history in a town which is famous for its tales of witchcraft, paranormal investigator, Phil Whyman said, "it's got a fantastic history, but that doesn't automatically make it haunted, so we have to remember that."
Once the show's spiritualist medium, Derek Acorah arrived, he and Yvette started their investigation, along with Phil and the rest of the team. Starting on the upper floor, in room nine. When Yvette walked into the room, she said "oooh, this is a horrible room", which isn't the best advertisement for the hotel, Derek was more concerned by the energy of the spirit that is said to pass through the door of this room, as well as another female spirit. He revealed that one of the women was murder, while the other, a maid, took her own life by jumping from the building.
All together, Derek picked up on the energy of eight or nine active hauntings in the hotel.
Part-way through the investigation, Yvette, Karl and Derek went out into some nearby woods, which are said to be haunted. Yvette initially got the fright of her life, when camera man Simon Williams jumped out on her. It was a bit cruel but an entertaining moment.
Derek picked up on the energy of people who had lost their lives, he said there bodies were found in the river that runs through the woods. However, there is apparently no record of bodies ever being found here.
Yvette and Derek then headed back inside the hotel as the team split into groups to conduct vigils around the building and in the woods.
Catherine Howe and Suzanne Vinton were along in the Thomas Hardy room, where they saw a lamp rattle and vibrate without an obvious cause. The lamp was later caught moving on camera. Cath and Suzanne were later joined by Yvette, Phil and guest medium, Ian Lawman to conduct a séance in the room. During the vigil, Ian made contact with the spirit of a four-year-old girl named Elizabeth Marks.
Meanwhile, Stuart Torevell and Rick Fielding were exploring the nearby haunted woods alone. Rick was scared after picking up something odd on his camera. The replay of the video does seem to show something moving in the foliage, but the team weren't convinced it was the result of something paranormal, but the incident scared the pair none the less.
The episode ended with Phil getting freaked out while exploring the woods on his own.
For reviews of all of the new episodes, plus highlights and evidence from the shows, and to find out when Most Haunted is on next, visit the Most Haunted episode guide.
Tags:
paranormalmost hauntedtelevisiontopicalcornwallshiver