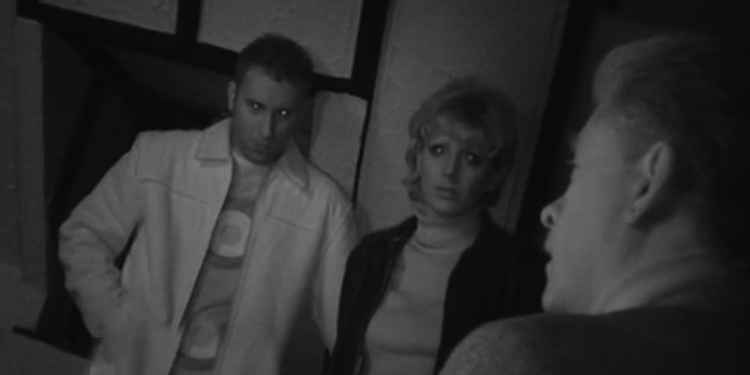 Yvette Fielding and a team of experts visit the Treasure Holt, a former inn located in Clacton-on-Sea, Essex, which has been connected with witchcraft and smuggling.
Yvette opens the episode walking through some woods, which she says "is just one of the settings for the dramatic story of this week's location. Witchcraft, murder, robbery and human sacrifice are just a few of the things that are alleged to have happened here."
Treasure Holt, on the Essex coast is one of the county's most infamous properties. There's been a building on the site since the 1100s. It's been a haven for smugglers, an inn of disrepute, a hiding place for the king's supporters, and the scene of Satanic rituals.
There are supposed to be several ghosts that have been seen here on many occasions. The property's current owner Charlie Sambridge has experienced all sort of odd occurrences including the ghost of a girl wandering the house at night, the figure of a little boy stood in an upstairs window looking out, and a dark shadowy figure with a red beard who's seen walking up the stairs wearing grey. He's been given the nickname Uncle Percy and is believed to be Percy Hayward, a former resident.
It's not just the house itself that is haunted, there have been reported sightings in the grounds, including the small woodland, and on the track the leads down to the road. These include the spirits of a cavalier and a round head who are seen duelling, there's also said to be the ghost of a monk in black. The monk is said to have come to the house when it was an inn, to stop the murderous landlords from killing their guests, it's alleged they threw their victims bodies through a trapdoor into a well under the house. It's said the monk fell from grace after getting involved in the couple's evil hobby.
There's also said to be a ghost known as the Crinoline Lady who haunts a bedroom in the house. The show's resident parapsychologist set up a laser-based motion detector in the room to try to catch the spirit dead in her tracks.

The show's psychic medium Derek Acorah then arrived and was shown around the house by Yvette and Jason. Derek quickly picked up on the spirit of the monk in the living room, who he called Simon. Derek claims that Simon died in a tunnel under the property, which is now sealed off.
He also picked up on the spirit of the cavalier, and the male and female landlords, as well as several of their victims. Upstairs Derek could feel the presence of the Crinoline Lady, before hearing the ghost of Uncle Percy calling him from downstairs. He described the red beard and the grey suit.
As always, once the walk around was complete, the team turned out the lights in the hopes they'd experience more paranormal activity. Derek saw a female ghost in the bedroom sat in a small child's chair. Jason went and sat in the chair in the hope that he might be able to experience her being, but he couldn't feel anything at all.
Meanwhile, Karl Beattie and Rick Fielding went for a walk in the haunted woods and were spooked by noises all around them, eventually getting freaked out by the sounds coming from the darkness.
Back inside the house, Derek had led Yvette and the team to another bedroom, the one where the Crinoline Lady likes to walk, but Derek had picked up on the essence of a little boy. Jason then attempted a communication experiment with an EMF meter and thermometer. The team joined hands to link their energy and focussed on a candle in the middle of the table they were sat around.
Jason called out to the spirits and very soon they felt a cold breeze, moments later makeup lady Marcelle Lipman felt something touch her hair. Yvette then said she felt something tickling the top of her head and the rest of the team noticed that her hair was standing on end as if statically charged. Despite feeling a drop in temperature throughout the séance, the equipment revealed that the temperature had actually risen.
Lead by Yvette, a small group of the team then went out for a walk in the woods, including director Bev Parr, Marcelle, and Jason. They'd only been in the woods for a few seconds when Marcelle screamed and panicked, it turned out to just be some pheasants taking off from the undergrowth. Most of the sounds they heard were probably animals, but it was enough to freak them out.
With that, the team's investigation of Treasure Holt came to an end.
For reviews of all of the new episodes, plus highlights and evidence from the shows, and to find out when Most Haunted is on next, visit the Most Haunted episode guide.
Tags:
most hauntedparanormaltelevisiontopicalessexshiver