Most Haunted Episodes Filmed In London 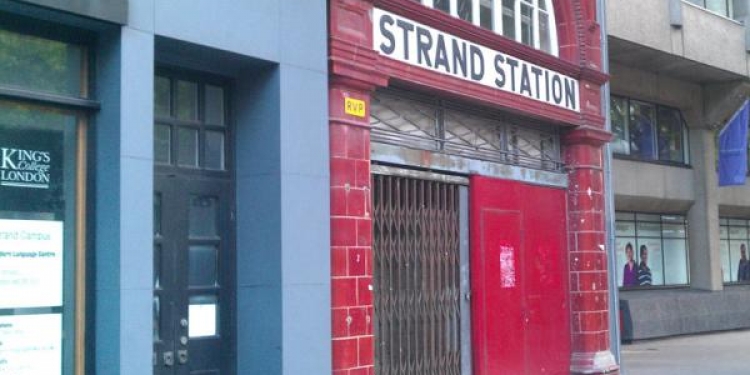 Since Yvette Fielding and her team of ghost hunters first appeared on our televisions in 2002, they've visited hundreds of haunted locations around the country, including a total of eight episodes in the nation's capital city.
London has many haunted locations, most of which can be found in London's theatreland. The city is also home to haunted underground stations, nightclubs and even a couple of haunted tourist attraction, which are said to have resident spooks.
The team first visited the city in series one, when they investigated Aldwych Underground Station, a disused station on the Central Line.
The team re-visited Aldywch for a 'Most Haunted Live!' show in 2008, just one of many live shows in London. The also broadcast from the Midland Grand Hotel and St. Pancras, Spaniards Inn and Hampstead Heath, London Tombs and Churchill War Rooms.
For Halloween 2005 the team returned to London for the first ever 'Most Haunted Live!' to be aired for more than one night. The four-night-long investigation took in four haunted location in the city, Tower Bridge, Commercial Tavern, Clink Prison Museum, Southwark, and The Blind Beggar Pub.
Below is a complete list of every location in the London that the team have visited.

Most Haunted Locations In London

WATCH: Amazon Prime • YouTube
06 May 2003 • Review
Yvette Fielding and the team of experts visit the House of Detention, a disused prison in the Clerkenwell area of London.

WATCH: Amazon Prime • YouTube
10 Jun 2003 • Review
In the second of two episodes connected with the ghost of Ruth Ellis, Yvette Fielding and the team visit Caesar's Club in south London.

17 May 2005
The team explore the maze of dark dangerous corridors of the London Dungeon and try to unearth its remaining spirits.

WATCH: Amazon Prime • YouTube
06 Mar 2007
Yvette Fielding and a team of investigators visit the historical site of Sutton House in search of apparitions and poltergeists.

WATCH: Amazon Prime • YouTube
10 Feb 2009
Yvette Fielding and the team visit Madame Tussauds, one of London's most popular tourist attractions that is also said to be a site of paranormal activity.

29-31 Dec 2003 • 3 Nights • Review • The Best Of Most Haunted Live: Volume 2
The team commence a three day live investigation of the story of legendary highwayman Dick Turpin. They start upon Hampstead Heath and at the nearby pub which Turpin's father may have been the landlord of, the Spaniards Inn.
Hampstead Heath, London
Spaniards Inn, London
Epping Forest, Essex
York Dungeon, York
George Street Cemetery, York
Knavesmire, York
York Racecourse, York

Most Haunted Live! Nightmare On Elstree

Most Haunted Live! Eerie In The Eastend

28-31 Oct 2005 • 4 Nights • The Best Of Most Haunted Live: Volume 4
For the first time ever Most Haunted carry out a four night live event, Yvette Fielding, with the help of medium Derek Acorah, investigate things that go bump in the night in London's eastend on the trail of Jack The Ripper.
Tower Bridge, London
Commercial Tavern, London
Clink Prison Museum, London
The Blind Beggar Pub, London

29-31 Aug 2008 • 3 Nights • The Best Of Most Haunted Live: Volume 7
Yvette Fielding and the Most Haunted team return to London for a three night long live show. While in the capital, the team venture into the London Tombs, brave the darkness of the disused Aldwych tube station and explore Churchill's Cabinet War Rooms.
London Tombs, London
Aldwych Underground Station, London
Churchill War Rooms, London