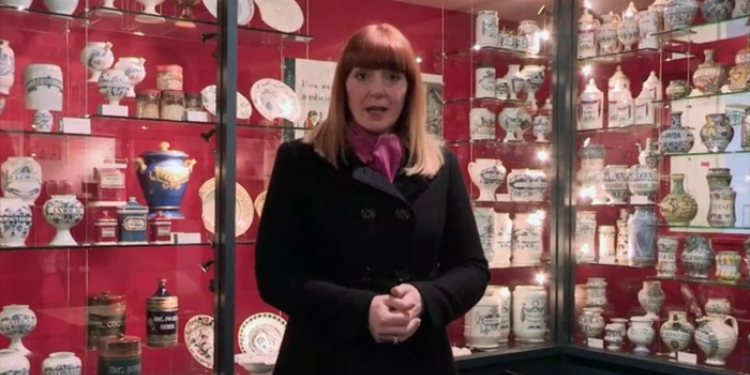 Yvette Fielding and her team of expert tackle more of the spookiest locations in the country, including the infamous poltergeist house at 30 East Drive.
The series started with two episodes filmed at the haunted house in Pontefract, where they had one of their most eventful investigations to date. So much so, that the team returned for a live episode broadcast on Halloween night 2015.
They also visited the very creepy Hill House, where one of the team got trapped in an attic room, and the paranormal activity in an old school room at the Black Country Living proved to be one of the show's most terrifying moments to date.
With all these fascinating locations to explore with their grim histories, how much can you remember about the series? Test your knowledge with these 20 tricky questions...

1. What was the name of the spirit the team made contact with at the Thackray Medical Museum?

2. Karl and Stuart heard several repeated pings on which kitchen items hanging from the wall in the Withern Cottage at the Village Church Farm?

3. Who was the celebrity guest for the Most Haunted Live! investigation at 30 East Drive?

4. Which member of the team was convinced that he saw a shadowy figure on the stairs at Hill House?

5. Which of these locations did the team NOT visit in series 18?

6. What hit Karl Beattie in the head after being thrown at Hill House?

7. EVP expert Eamonn Vann-Harris told the team he was using UV lights as part of an experiment to generate what?

8. Which member of the team collapsed after reporting a tightness in his chest at the top of the stairs at 30 East Drive?

9. What was the name of the male spirit the team made contact with during a ouija board session at the Black Country Living Museum?

10. Rylan Clark was the studio host for the Halloween night Most Haunted Live!, but who was in a broadcast truck reading out messages from listeners?

11. Which members of the team received identical burn marks on their arms at 30 East Drive?

12. What name did Eamonn Vann-Harris capture on his EVP equipment as the Old Nick Theatre?

13. What did Paul O'Grady shout to the poltergeist at 30 East Drive?

14. What did the team find wedged between the cushions of the sofa at 30 East Drive?

15. Which property that the team investigated is said to be haunted by the ghost of an executed jester?

16. During an EVP recording at the Thackray Medical Museum, a voice seemed to respond to Yvette's question, but what did it say?

17. What name was spelt out during a spirit communication experiment in Dianne's room at 30 East Drive?

18. Which member of the team almost had a panic attack after being locked in a room in the attic of Hill House?

19. Which member of the team shouted "oh feck off, feck off!" to the poltergeist in Pontefract?

20. In which part of the Black Country Living Museum did Yvette and Karl witness a bench they were sat on moving?