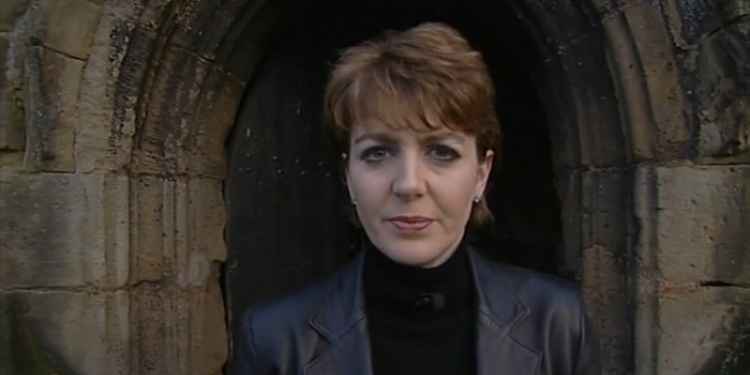 Most Haunted returns for a second series and the team, lead by Yvette Fielding, spend the night in 11 more haunted locations across the UK, but how much can you remember about the series?
As this is the first in a new series, there were a few changes to the team. Along with Yvette, a few familiar faces remain including Karl Beattie, Stuart Torevell and camera man Rick Fielding. But parapsychologist Jason Karl has left the show and has been replaced by paranormal investigator, Phil Whyman.
Richard Felix also joins the team, he may be a familiar face to some as he appeared in the first series of the show as the owner of one of the locations the team investigated, Derby Gaol.
With all these new faces and another list of spooky locations, how much can you remember about the series? Test your knowledge with these 20 tricky questions...

1. Which infamous judge did Derek Acorah pick up on the presence of at the Skirrid Inn?

2. While Karl Beattie and Rick Fielding were holding a vigil at the Skirrid Inn, the door to the room they were in opened, but which room were they in?

3. In which room of Tutbury Castle are guest said to fainting for no apparent reason?

4. Which future member of the Most Haunted team did Yvette Fielding meet at Tutbury Castle where she was the curator?

5. A bed and what other object was caught moving on camera in room 214 of the Station Hotel in Dudley?

6. Which member of the team found unexplained scratches on her cheek during the investigation of the Station Hotel?

7. What paranormal activity is said to happen in the birthing room of Llancaiach Fawr Manor?

8. Which member of the team was scratched on their heard during the their investigation of Clerkenwell House of Detention?

9. Which notorious highwayman did Derek Acorah pick up on the spirit of Clerkenwell House of Detention?

10. What object was found in the cellar at Lafferty's Pub in Derby, which is said to be the reason why the pub experiences paranormal activity?

11. Which of these was NOT a location the team visited during there three-stop investigation in Derby?

12. What was the name of the aggressive spirit that possessed Derek Acorah at Brannigans Nightclub in Manchester?

13. An EVP record caught a strange sound on tape in the tower above Brannigans Nightclub, what did the recording sound like?

14. Which member of the team had an odd coughing fit, which coincided with Derek's mention of a chocking spirit at Pengersick Castle?

15. Which unusual form of accommodation did the team make use of while investigating the grounds of Pengersick Castle?

16. The owner of The Clock House, that the team investigated, will eventually going on to become a regular member of the Most Haunted team, but what is his name?

17. What is Ruth Ellis, who is said to haunt Caesar's Nightclub, famous for?

18. Which comedian joined the Most Haunted team for their investigation of Belgrave Hall in Leicester?

19. Which member of the team did Derek Acorah attack while possessed during a séance at Belgrave Hall?

20. Which member of the team collapsed during that same séance at Belgrave Hall?