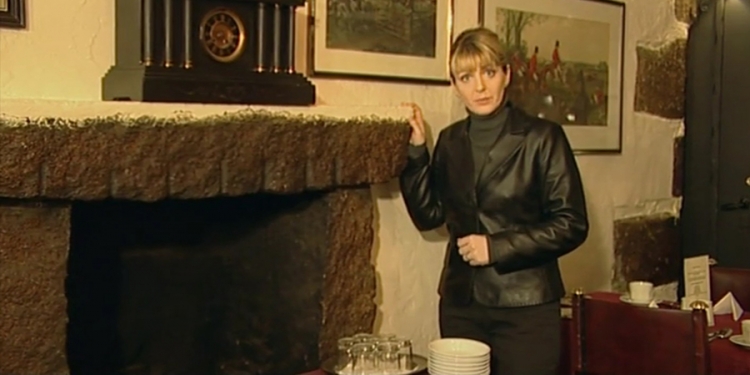 The fourth series of Most Haunted saw Yvette Fielding, Derek Acorah and her team visit the most haunted pub in Cornwall called the Jamaica Inn, a working brewery in Lancashire, and the huge Croxteth Hall in Liverpool.
The team also ventured underground into the eerie Hellfire Caves in West Wycombe, a site of occult rituals and murder.
Throughout the series the team tackled 12 more of the most haunted locations across the UK, but how much can you remember about the haunted locations and the paranormal activity the team experienced?

1. At which series four location did psychic Ian Lawman join the team for the first time?

2. What hit Karl Beattie in the back of the head, having been seemingly thrown by an unseen force at Owlpen Manor?

3. According to Phil Whyman, which part of the Jamaica Inn is the most spiritually active?

4. What is the name of the ghost seen wandering the Hellfire Caves in a wedding dress?

5. Which of these buildings did the team NOT investigate while at Chatham Dockyards in Kent?

6. What seemingly turned itself on in one of the guest bedrooms at the Manor House Hotel in Ferryhill?

7. Which member of the team lasted about two minutes on a lone vigil outside of the Jamaica Inn, before running back in to safety?

8. What is the name of the psychic artists that we first met in series four?

9. What was the name of the guest psychic who joined the team at Mary King's Close in Edinburgh?

10. What was the name of the aggressive spirit that possessed Derek at Chatham Dockyards?

11. What was the name of the brewery that Yvette and the team visited in series four?

12. Which animal gave the crew a fright in the Hellfire Caves?

13. A maid is said to walk through the door of which bedroom at The Wellington Hotel in Boscastle?

14. Which member of the team joined the crew for the first time for an investigation at Croxteth Hall?

15. Which member of the team reported a sudden pain in his back after entering the "sealed room" in the Manor House Restaurant, West Bromwich?

16. What is the name of the famous opera singer that haunts Craig-y-Nos in Wales?

17. Which guest psychic performed an exorcism to help move the spirit on at the Manor House Hotel in Ferryhill?

18. At Mary King's Close in Edinburgh visitors leave toys for a little girl who is said to haunt which area of the close?

19. The Wellington Hotel in Boscastle is said to be haunted by which famous British novelist?

20. Yvette was scared that something spat at Jon Dibley the Manor House Restaurant, but what did it turn out to be?