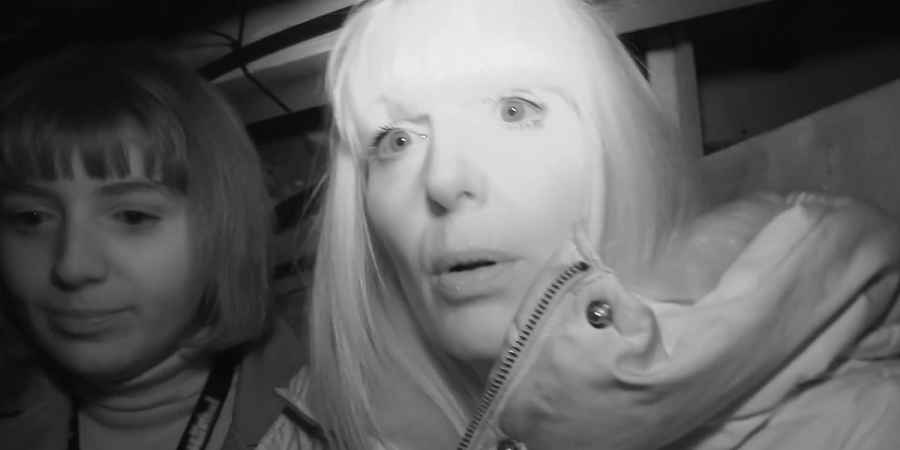 Yvette Fielding and the Most Haunted team return with a feature-length special and one of their most violent investigations to date. Find out what happened when the team spent the night at a place so haunted that they've been asked to keep its whereabouts a complete secret.

The new episode premiered as part of a special night of Most Haunted hosted by Yvette Fielding, who was joined throughout the five-hour YouTube broadcast by some of her team members.
The night served as a countdown to the brand new episode and featured highlights from last year's Halloween live investigation, a mini investigation filmed over the Halloween weekend, and an interview with Lucy Walsh - someone who might be familiar to some fans of the show due to her close connection to Yvette's family.
The YouTube live was viewed over 75,000 times on night as fans saw Yvette interview her husband, the show's executive producer, Karl Beattie about the difficulties of bringing fans a full live investigation during a pandemic. Stuart Torevell also joined Yvette to talk about some of his most terrifying experiences with the team and opened up about the incident that lead to him loosing his hair.
Fans have been anxious to see the episode aired on Halloween night as the team have teased that one member had one of their most terrifying encounters to date. The show's resident skeptic, Glen Hunt, narrowly avoided being hit by a falling chair during the investigation.
After the feature-length special premiered, Glen joined Yvette in the live studio to talk about his encounter at the unnamed haunted location at the centre of the investigation.
If you missed the special night of Most Haunted, you can watch the whole five hours back in full below...

Most Haunted Investigate A Secret Location

The special episode starts with Yvette welcoming viewers to the location, joined by her ghost-hunting pooch, Watson. Yvette tells us that the mysterious location is so haunted that they've been asked to keep its whereabouts a complete secret. She adds, "if the stories are anything to be believed, tonight this is a place we should be fearful of."
Because the team have been asked to keep the building's location secret we don't know much about the property, but Yvette does tell us a bit about the grand mansion which was built in the first part of the 1700s, although records reveal that the land the current building stands on has been occupied since the 12th century.
Originally an opulent home to the wealthy, over the years the mansion has been used as a hotel, army headquarters, school, masonic lodge and a hospital, but now stands abandoned and decaying. It's been saved from demolition once, but its future is uncertain.
The paranormal activity reported at the abandoned mansion involves every part of the building, including a white lady seen walking the corridors, dark shadows lurking in the corners of rooms and a young maid who haunts the grand staircase. The maid is said to have fallen on the stairs, killing her and her unborn baby.
The action starts pretty early on in the episode even before the team's investigation got underway while camera man Gregg Smith was filming in part of the building alone. While in a wood-panelled room Gregg started experiencing what seemed to be violent poltergeist activity when chairs started to be thrown around, as well as a table flipping over.
Meanwhile Stuart was filming alone elsewhere in the building and he too experienced objects being thrown and a fire door opening and closing on its own. 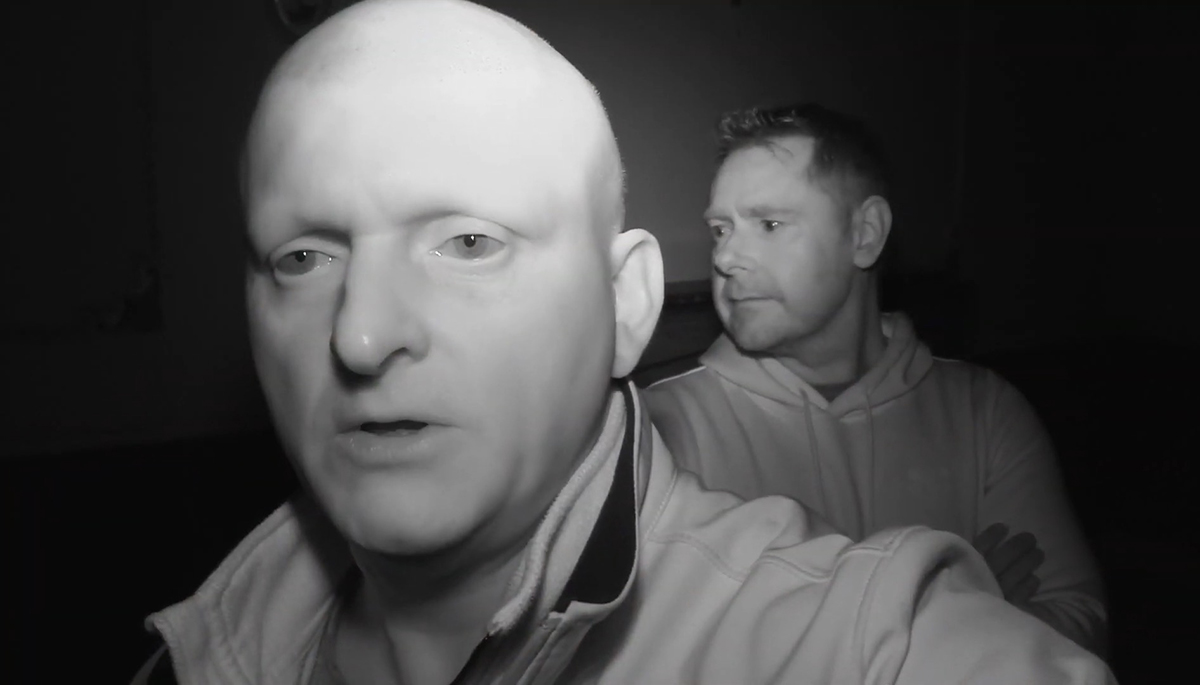 With their initial walk round complete, the team switched their cameras to night vision and began their investigation. Glen was in the cellar alone, at the other end of the cellar was Fred Batt who was calling out to the spirits of the house asking for something to happen to Glen, but they both had a quiet vigil.
Meanwhile, Yvette was in the abandoned masonic rooms with Karl and new team member, Mary Beattie, where their first scare came in the form of an incident with a pigeon. Once the birdlife had settled, they began hearing strange knocks, and even a breathy growl and knocking that seemed to respond to their questions.
Stuart and Gregg started on the middle floor where they heard unexplained sounds coming from an old decaying piano. Later Karl replaced Gregg in this area, and together with Stuart they caught the sound of the piano seemingly playing notes by itself. Moments later another chair was thrown across the room.
While Glen, Fred and Gregg investigated the stairs, Yvette and Mary ventured down to the cellar where they spent most of their time locked in a hilarious argument about whether to keep their torch on or off, but their bickering was cut short when a cup that had been on a shelf nearby was thrown. Later in the episode, Yvette, Karl, and Glen were on the upper floors while Mary was conducting her first ever lone vigil on the middle floors. While calling out to any spirits that might be present and audible voice was heard by Mary and captured on camera that sounded like it was saying "mine".
While Fred and Gregg were at one end of the cellar calling out, Stuart was alone at the other end where he heard knocks, bangs and movement all around him, and felt the wind against his face as small objects flew past his head, at times a little too close for comfort. Towards the end of the investigation there was a shock for one member of the team. Yvette was investigating with Glen and Stuart behind the camera. Early in the vigil they heard a crash which turned out to be a chair falling down the stairwell from the upper floor. Moments later the same thing happened again, this time Glen saw the chair fall.
A few minutes later Yvette and Glen were reviewing the EVPs they'd attempted to capture on his laptop. Then, just when things seem to have started to calm down, another chair fell from above. This time the chair narrowly missed Glen causing the team to jump and swear in fear.
Glen said afterwards, "that is nuts" and confirmed that the falling chair just missed him by an inch. He wondered whether whatever threw that chair was aiming at him or not, he said "I've got to point out, it's dark, so to drop something and aim to miss is a skill in itself."
Yvette agreed, "we're dealing with something here that's very clever and it's listening and it's watching us. And I'm telling you now, there is something incredibly nasty in this house."
Speaking to Yvette during a live Q&A on Halloween night after the episode premiered, Glen said "I saw with my own eyes on the other side of that railing on the first floor on that mezzanine balcony, and it was just there and it was as if someone had just let go, but because it was on a mezzanine floor there was no one letting go and running off to hide. So for me, that's the most compelling piece of real evidence I've ever seen in my whole life."
Yvette and the gang are back tomorrow evening with another new episode exclusive to the Most Haunted YouTube channel. Be sure to subscribe now so you don't miss out on the new episodes as they appear.