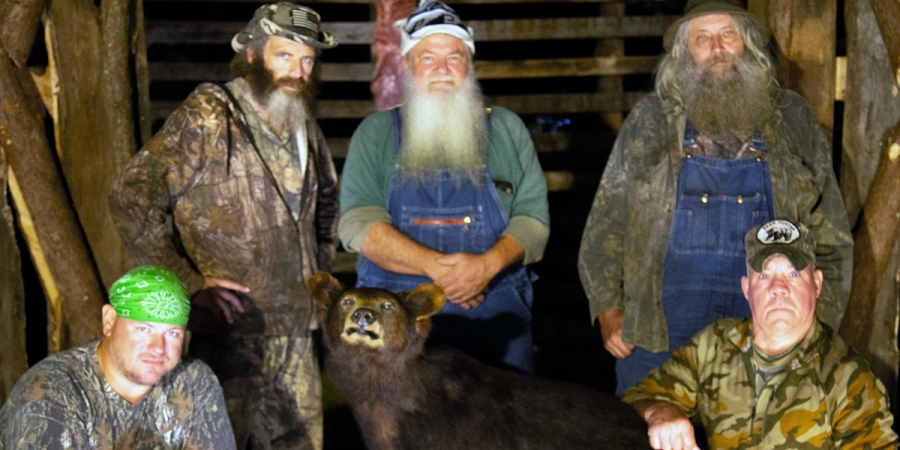 'Mountain Monsters' featuring a band of bearded brothers on the hunt for beasts is amongst five new supernatural shows to drop on Discovery+ in February 2020.
Discovery+, the streaming home of paranormal, supernatural and ghost hunting shows, has announced the creepy and unusual original programming that will be available to watch in February on the streaming platform.
In February, subscribers will have access to the 23 new titles, including five in the 'paranormal and unexplained' category, with additional projects expected to be announced in the coming days. These new titles are part of the more than 1,000 hours of original programming to premiere on Discovery+ in 2021.
Discovery+ is also available on platforms and devices from Amazon, Apple, Google, Microsoft, Roku and Samsung. In the US, Discovery+ is partnered with Verizon giving their customers with select plans up to 12 months of Discovery+ on Verizon. A similar deal is available for Sky customers in the UK.
The new supernatural shows premiering in February are listed below...

Most of us are familiar with the film The Exorcist based on a book by the same name, but did you know the spine-chilling story is true? The Exorcism of Roland Doe uncovers a secret diary revealing shocking new details of the real exorcism case that inspired the iconic horror film. The victim of the real demonic possession was 13-year-old Roland Doe. More than 70 years ago, Doe became the unwilling participant in the most famous story of the devil inhabiting a person’s soul.

Back together for the first time in three years, Animal Planet's 'Finding Bigfoot' team is armed with the latest equipment and technologies for all-new, epic Bigfoot investigations. The reunited Finding Bigfoot team travels to a property in southeast Ohio that has been under surveillance for five years by Bigfoot Field Research Organization (BFRO) investigator Bea Mills.

In a frighteningly friendly competition to freak each other out with the creepiest, craziest paranormal evidence ever caught on camera, Jack Osbourne and the Ghost Brothers – Dalen Spratt, Marcus Harvey and Juwan Mass – each reveal the most mind-blowing supernatural footage they can find. They’ll speak to the terrified eyewitnesses who captured it and get insight from psychic mediums, UFOlogists, cryptozoologists and other renowned experts, before deciding on each episode’s “nightmare clip” – the one that haunts your dreams and keeps you up at night!

Alaska is a hotbed for UFO sightings, abductions and extraterrestrial encounters. Why are these otherworldly visitors drawn to America’s last frontier? In the eight one-hour episodes, shocking new evidence and personal testimony from local witnesses shed light on the alien activity.

The AIMS team gathers around a rip-roaring campfire to watch fan-favorite episodes of Mountain Monsters. The bearded brothers add colorful commentary, swap hilarious behind-the-scenes stories and share never-before-seen footage and bloopers.
There's more to come in March too. The full lineup is yet to be revealed but we know that 'Nostradamus: End Of Days' will be streaming from March 1. This all-new eight-episode series reveals exactly how the world will end, and who will be behind it, as predicted by history’s greatest prophet, Nostradamus. Combining the infamous seer’s ancient words with paintings from a mysterious lost book bearing his name, the series decodes new prophecies and causes to the world’s demise.
Tags:
discoveryplustelevisionparanormaltopical