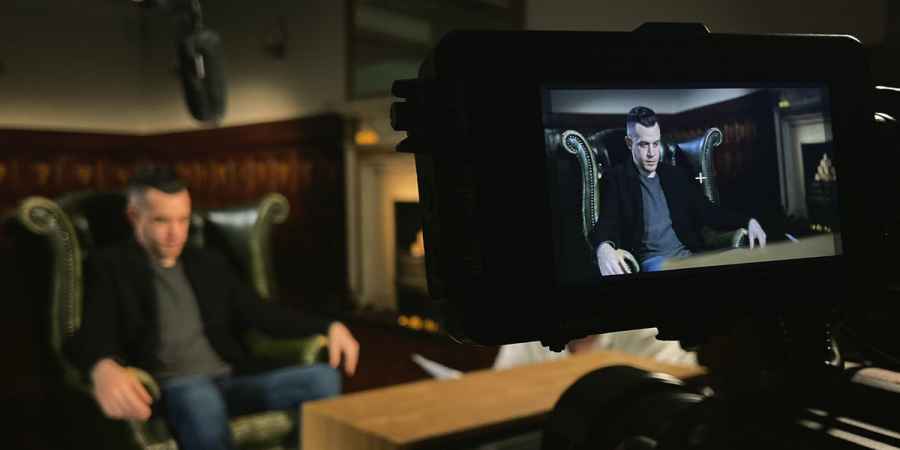 Danny Moss and MJ Dickson are back in the hot seat as the British supernatural series 'Paranormal Captured' returns for a second series.
The new six-part series will air weekly on Pick starting at 10pm on Sunday, September 12 and will see the crack team of investigators split up and hunt for proof of the paranormal at six different allegedly haunted locations across the UK.
In each episode Danny and MJ will tackle a different aspect of the paranormal field that has long fascinated them. Taking in evil inns, witchcraft, the occult, haunted manor houses, the ghosts of war, and Tudor terrors.
While at these famous paranormal hotspots, the investigators will examine historical evidence captured there and conduct their own investigation. Their findings are then scrutinised by a panel of experts, pulled from the worlds of both psychology and the paranormal.
Made up of Lori Shaffer, Hazel Williams, Anjula Mutanda and Cal Cooper, the panel will also share their thoughts on compelling video clips from all around the globe that purport to show proof of the paranormal, from UFOs to creepy cryptids.
Danny, who work's out of one of Britain's most haunted houses, Tatton Old Hall, is also the lead investigator on 'The Haunted Hunts'. Now in its fourth season, the web series sees Danny and his team embark on investigations. Two of his team mates, Charlie and Emma, also make a guest appearance in the new series of 'Paranormal: Captured'.
It's Danny's task in the series to investigate the paranormal phenomenon at some of the country's most haunted pubs and inns. He has a dramatic and disturbing confrontation with what he believes may be the ghost of a lady of the night in Chester's historic Ye Olde Kings Head.
Danny then heads to a location he's very familiar with, the legendary Pendle Hill in Lancashire. The area is famous for its 16th century witch trials. Danny uncovers the area's terrifying for himself reputation himself when he spends the night exploring Samlesbury Hall, which is associated with the trials.
For his final stop of the series, Danny delves into the turbulent era of the Tudors - the time of Shakespeare, the plague and Henry VIII's barbaric reign. Buildings from this time seem to be especially active and Danny finds himself in one of the most active, Graisley Old Hall in Wolverhampton, a historic building with a chilling reputation.
Meanwhile, MJ is off on her own paranormal mission. The Warwickshire-based investigator is a prominent figure in the paranormal field, perhaps best known as the organiser of Sage Paracon, an annual paranormal convention held in the UK.
In the series, MJ gets caught up in the occult as she embarks on a terrifying lone vigil deep underground at the notorious Hellfire Caves in West Wycombe. She also looks into the history of the infamous occultist, Aleister Crowley and his association with Warwick Castle.
MJ then travels to Portsmouth to investigate a historic house that has garnered a ghostly reputation, before delving headfirst into a historic fort to investigate hauntings related to Britain's wartime history while on the hunt for the whistling spirit of a long dead sailor.

I am excited to announce that our show 'Paranormal Captured' is BACK for a second season, that's right... SEASON 2 STARTS THIS SUNDAY 12th September on Pick TV (channel 159) Freeview Channel 35 at 10pm. 🎥👻📺 @ParanormalCaptr pic.twitter.com/iR8aLkRJhy