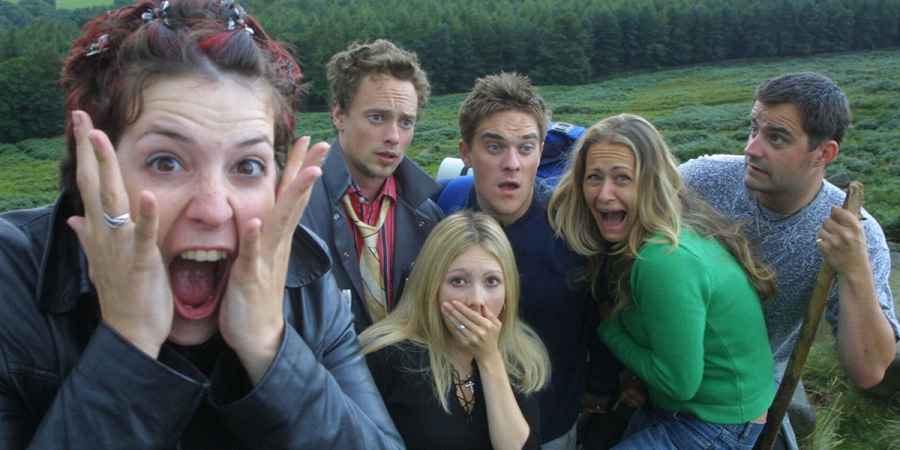 Photo: © FilmRise
We stumbled upon 'Scream Team', a paranormal reality show which aired on Living TV in the UK back in 2002. All ten episodes of the series are available to watch on Amazon Prime, so we turned out the lights and gave it a go.
'Scream Team' was created by the producers of 'Most Haunted' and sprung up on the same channel after Yvette Fielding and the team's first series when ghost hunting shows were new and exciting.
It's fair to say the show hasn't aged too well, but only because of the noughties fashion, the hammy narration and the fact it's not as slick as a modern show, but that aside 'Scream Team' was actually pretty revolutionary and could even be what's missing from television right now. The re-watch was an enjoyable slice of paranormal entertainment at a time when current television schedules are full of very similar ghost hunting shows.
Rather than relying on paranormal experts, 'Scream Team' plucked six ordinary young people from obscurity, threw them together and sent them off in a silver camper van on a ghostly road trip across the UK investigating ten spooky and mysterious locations 24 hours at a time. Along the way they encountered hauntings, animal psychics, curses and tales of alien abductions.
The 'Scream Team' were hand-picked from over 800 hopefuls who auditioned for the show. Securing their place on the ghostly journey was 23-year-old Dan Ainsworth, an artist who believes in the paranormal; Amy Jones a 21-year-old sceptic and table dancer; sceptical Becky Kitter, a checkout girl who at 24 is still waiting to encounter something scary enough to make her scream; 29-year-old actress and believer, Sheyla Shehovich; and Sam Witcher a sceptical 22-year-old student.
Also along for the ride on the camper was a younger Phil Whyman, who at the time was a laptop engineer. While all the other members of the team faded back into obscurity, fans of the paranormal will know that Phil went on to become one of the most memorable members of the 'Most Haunted' team, picked off the back of his appearance on 'Scream Team'. Phil was 32 when he was on the show and even back then identified as a believer.
Like a modern E4 show, the six team members are thrown together and forced to share rooms on their first night like some kind of psychological experiment, but the show was as much about the team's journey and relationships as the hunt for spooks.
Just like you'd expect to see if the 'Big Brother' housemates went ghost hunting, by the mid-point of the series the cracks started to show and some of the team began to bicker. Most of the arguments were between believer Sheyla and sceptical Amy, who found it hard to accept each others opposing stances on the paranormal. Amy was even accused of being close-minded and jealous that she had experienced what "sensitive" Sheyla had during the series. 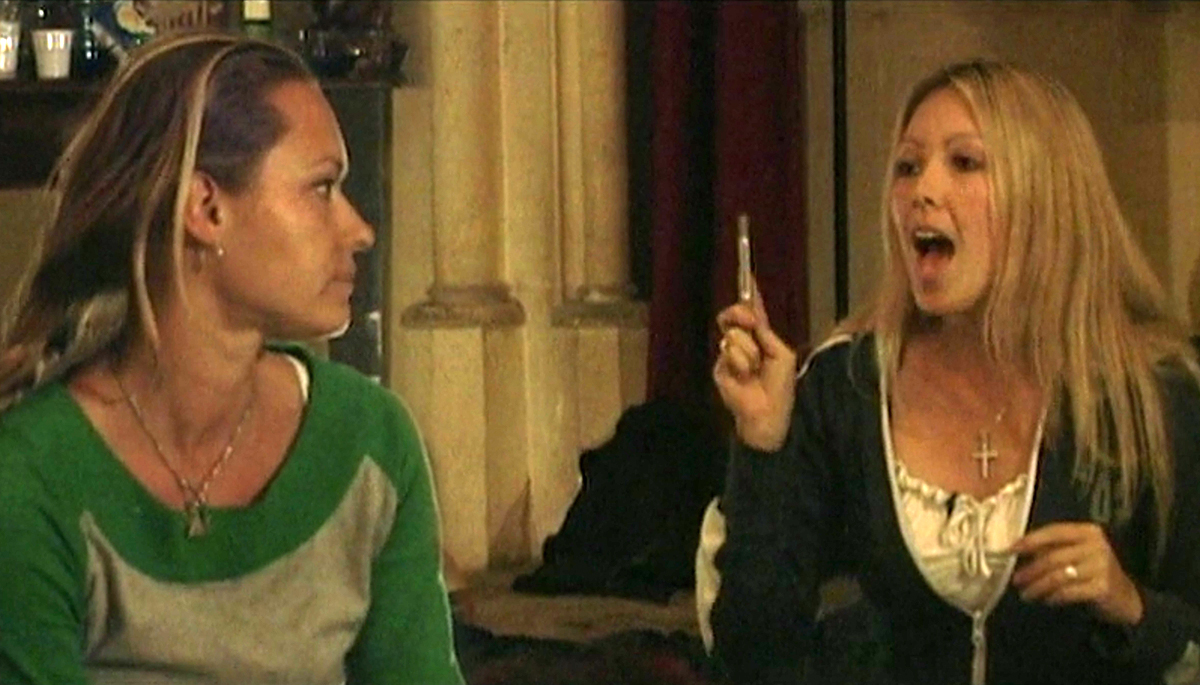 What's nice about the show is that each hour-long episode wasn't just the usual ghost hunting in a dark creepy building, the team was set a mission and set out to investigate a supernatural mystery. This involved them researching the history of the case and interviewing witnesses before attempting to validate or debunk the case. They meet these people in various places including local pubs, their homes and while sat around a campfire, it means the episode isn't confined to one dark dank location.
However it's not just ghosts that the team were on the hunt for. During the series they attempted to get to the bottom of reports of sightings of UFOs on a West Yorkshire moor, claims of horrific animal mutilation in Cleveland, and they try to establish whether the famous crying boy painting was responsible for a spate of fires in the 1980s. This particular case involved a paranormal experiment in which the team burnt a copy of the allegedly haunted painting in an attempt to put the mystery to bed once and for all.
Also in the series the team search for evidence of the occult in the sinister Clapham Woods in East Sussex, visit a road in Kent that is said to be haunted by a bride who was killed in a car crash fifty years prior, and research an unknown poltergeist at a private home in Bristol.
While on their road trip to some of the darkest corners of the UK, the team take in some legendary paranormal hotspots including the sinister South Vaults beneath the Royal Mile in Edinburgh and the infamous Ancient Ram Inn.
While spending the night at Woodchester Mansion, an unfinished gothic manor in Gloucestershire, the team play hide and seek, which is unconventional, but actually quite a good way of ghost hunting since a lot of paranormal activity takes place in normal homes when people least expect it. And you can't argue with the results, while searching for Amy, the team had one of their most terrifying unexplained experiences of the series.
Despite being quite young, the team did seem to take their missions seriously and between them had a good mix of believers and sceptics. When they did at times get a little over excited, the oldest member of the team, Phil, brought them back down to earth. It's fair to say that in the early days of his television career, Phil wasn't particularly dynamic compared to his more lively teammates, but he did come across as far more knowledgeable, rational and often as the voice of reason - qualities which probably influenced the decision to make Phil a part of the 'Most Haunted' team. 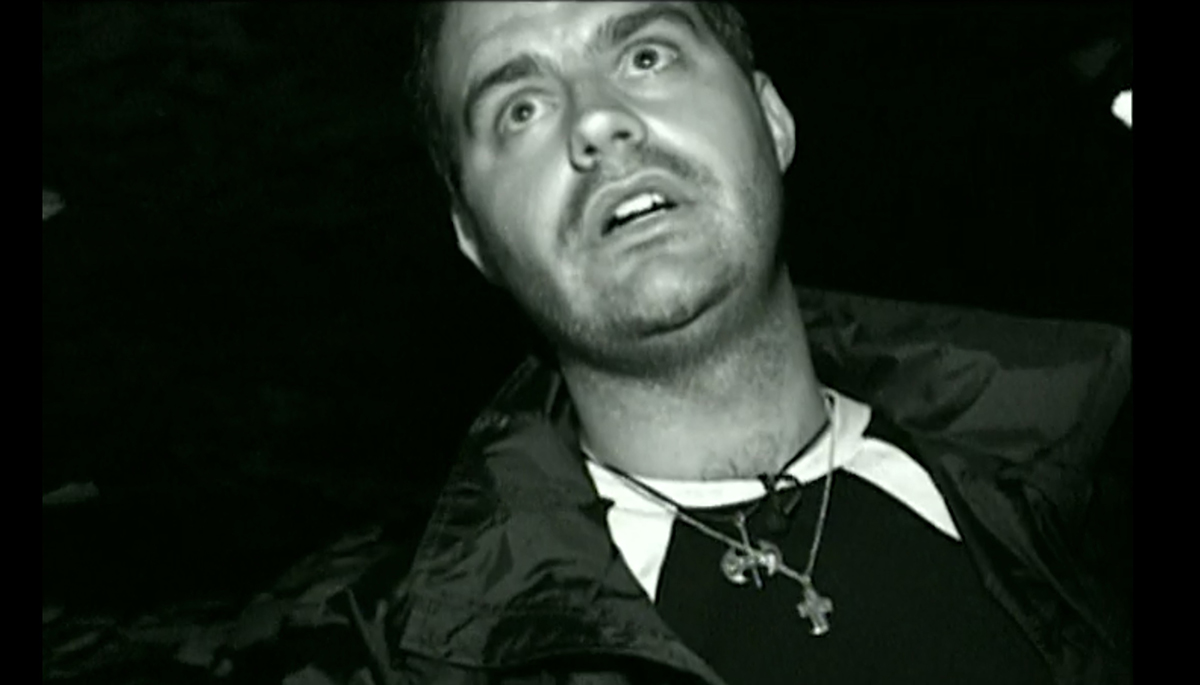 Throughout the series the team get help from various psychic mediums, including Derek Ogilvie who appeared in a couple of episodes. The Scottish psychic was actually very convincing and was able to psychically obtain lots of validated information about a cryptozoological case they were investigating. He also revealed some slightly embarrassing information about one of the team. Derek told Dan in front of his team mates that he could tell that he used to wet the bed as a child. A surprised Dan confirmed the revelation to be true.
Later in the series, psychic medium Ronnie Buckingham joined the team as they searched for proof of the paranormal at the alleged site of Robin Hood's grave. While sat around a campfire, Ronnie gave the team a very personal reading, revealing details which were a little emotional for one member of the team. Normally a hard sceptic, Amy was reduced to tears by the psychic insights, but later she began to doubt the experience. She said, "it's hard to remain objective when your emotions are involved." 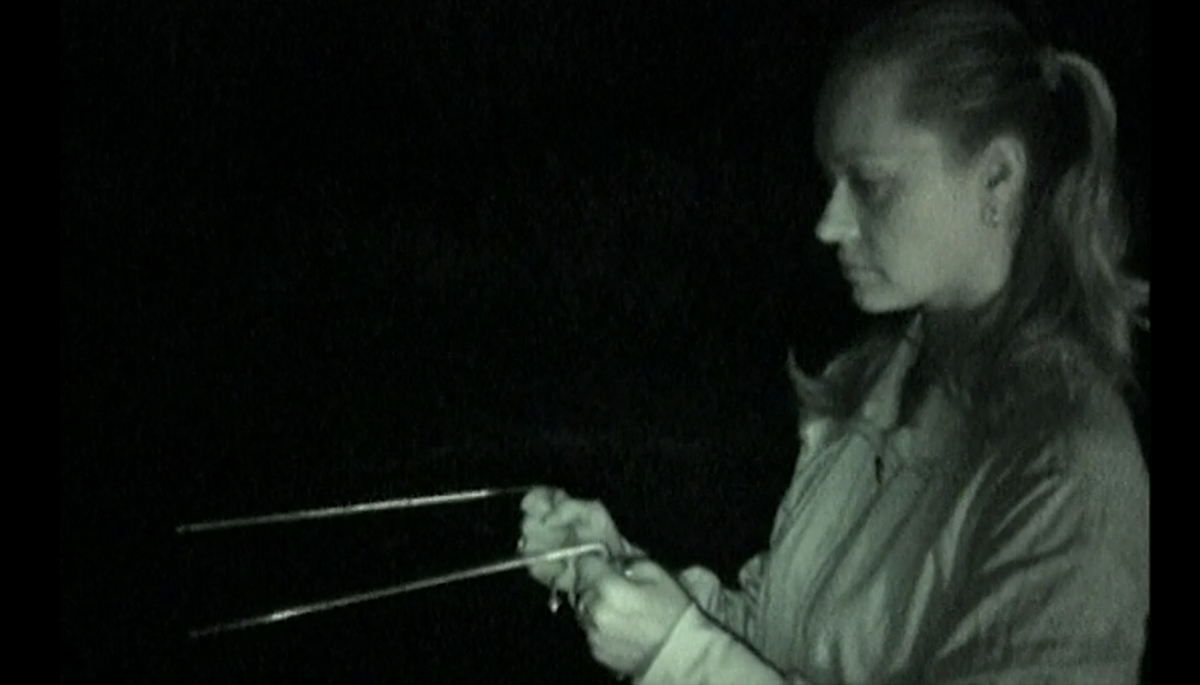 Because of the varied cases and locations, throughout the series the team are introduced to such paranormal concepts as dowsing, ley lines, electromagnetic fields, and electronic voice phenomenon (EVP) - but the team were far from convinced that sounds captured electronically in the Edinburgh Vaults were really the disembodied voices of spirits.
Despite the flared jeans, shark tooth necklaces, unusual high turn over of quirky hats, and the overly-dramatic voice over, the series is still very enjoyable today and is well worth a watch since it's included for free with Amazon Prime. It's also got a great 'Unsolved Mysteries' like theme tune.
The only current paranormal show that's similar in feel to 'Scream Team' is the Really channel's 'Help! My House Is Haunted' which sees a team of investigators exploring and researching a paranormal case in much the same was as the 'Scream Team' by getting out of the location and speaking to locals and experts about the hauntings and the location's history.
You can watch all ten episodes of 'Scream Team' on Amazon Prime now.

Witchcraft In Clapham Woods
Strange happenings in an East Sussex woodland send the "Scream Team" to investigate evidence of occult activity.
Blue Bell Hill
Are paranormal sightings in Kent linked to the death of a bride in a car crash fifty years ago, or is the area of Blue Bell Hill cursed by something much darker?
Bristol Poltergeist
The team visits a suburban Bristol home being plagued by a poltergeist.
Curse Of The Crying Boy
The team investigates a spate of house fires in Northern England that have been blamed on a painting of a crying boy.
UFOs On Ilkley Moor
The ragged moorlands of West Yorkshire are known for reports of the paranormal and sightings of UFOs, but will the team find a link between ancient stones, haunted halls and a man who claims to have been abducted by aliens?
Animal Mutilation
The team investigates the case of a wallaby, horrifically slaughtered and drained of its blood, in Cleveland.
Edinburgh Vaults
The team takes a disturbing journey through the maze of mysterious subterranean chambers beneath Edinburgh's historic mile.
Robin Hood's Grave
To separate fact from fable, the team investigates an unloved grave in the remote Yorkshire Dales.
Woodchester Mansion
The 'Scream Team' will find out if a bat-infested Gothic mansion, abandoned for nearly 150 years, is in fact still inhabited by the ghosts of the men who died building it.
Did Jack the Ripper Come from Brighton?
After 21 days on the road, it's time for the beliefs of our chosen six to be put to the test.
Tags:
televisionparanormalamazon prime