Square UFO Spotted By Pilots Over South West Of England 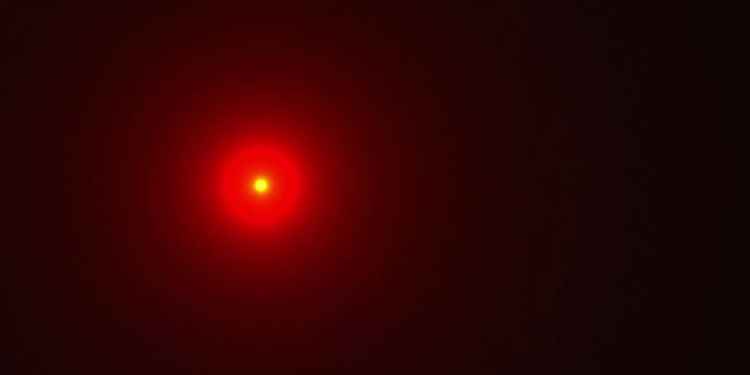 Photo: facebook.com
Air Midwest have reported that two pilots flying across the South West of England spotted what they described as unidentified lights in the sky.
The organisation shared their report on Facebook and the post has now been shared hundreds of times and attracted a great deal of comment and speculation.
The post, shared February 14th simply said, "night flying this evening over Wolverhampton and Birmingham... we even had UFOs over Gloucestershire. It's been an awesome evening of flying."
After a surge of interest in the post, Air Midwest posted a follow-up the next day. It read, "the has been a lot of interest in the fact that our pilots observed ‘UFO’s’ last night during night flying exercises... so here is a brief summary of the situation."
The post then gives the specifics of the incident, which they have labelled "unidentified airborne nocturnal lights" that were spotted south of Gloucester between 20:15 and 20:45 on Valentine's Day. The full description of the event is as follows: "Two of our aircraft were conducting night navigation exercises to the south and south east of our home airfield. At approximately 20:15 one of our aircraft was tracking south towards Gloucester at 7000ft after leaving the the Birmingham air traffic zone. At the same time one of our other aircraft was also tracking south towards Gloucester at 4000ft when both aircraft observed one red and one orange lights in the the sky south of Gloucester. Our aircraft approached the lights on an interception track but were unable to gain on the objects as they appeared to move further south of Gloucester as our aircraft approached. We were unable to identify the lights."
One of Air Midwest's pilots filed the following report on the event: "I observed initially two large square orange lights. One on top of each but slightly off set however there was a gap in height between them. The top object was constantly orange. The lower one occasionally flicked white but majority of time was orange. In addition to that on two occasions I observed five orange lights but that was momentary."
The pilot added, "I initially observed them when leaving Birmingham control zone. I thought they were just south of Gloucester and definitely a lot higher then us. We then climbed 5000 ft and they seemed level at that height and stationary As we approached Gloucester it came apparent they were now further south maybe beyond Bristol even as far as Weston-Super-Mare but directly south of Gloucester airport."
The pilot finished the report by saying, "I have no idea what these objects were."
Air Midwest have been quick to say that this probably isn't extraterrestrial visitation, "we are still expecting a normal explanation at some point but as yet after investigating NOTAMs and other sources for the night in question we still cannot find an explanation for what four of our pilots saw that evening."
In a later post they said, "we must clarify we are not claimed we encountered an extraterrestrial situation. We encountered unexplained airborne lights that defied our normal expectation of standard aircraft or meteorological activity."
The organisation go on to suggest some possible explanations for the sighting, "we considered it could be night glow hot air balloons but we are not aware any any such activities taking place and the objects observed seemed to move from their original location to another with a rapidity not in line with balloon activity. But, of course the apparent changes of location could have been an optical illusion due to night effect."
They reminded readers not to get excited by the term 'unidentified flying object' as the lights the pilots observed were just that, lights, the nature of which they were unable to identify. For this fact alone Air Midwest say the only way to describe the observations is as "unidentified flying or airborne objects." Hence referring to them as UFOs, as that is what they were.
Air Midwest sum up by saying, "we have no idea as to the origin of the objects and as yet we have not yet come across any standard explanation for what the objects could have been" and simply chalk it up as "an interesting event."
View Comments
Tags:
ufosunexplainedtopicalbristol