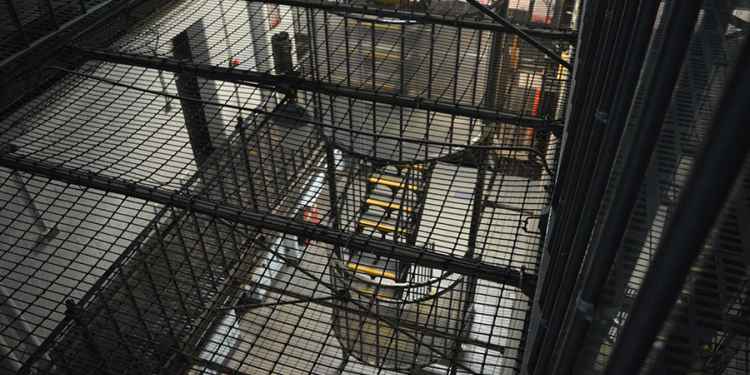 This weekend I spent another night behind bars at a Haunted Happenings event in Birmingham at the reputedly haunted Steelhouse Lane Lock-Up.
It's not the first time I've investigated a former prison, but the Lock-Up had a much different atmosphere to other prisons I've visited. Steelhouse Lane had a much nicer feel to it that some of the other more oppressive larger prisons. The historic Grade II listed jail operated for 125 years, only closing last year after struggling to cope with the demands of modern policing.
Steelhouse Lane was built in 1892 and has housed some of the most infamous convicts in British criminal history, including members of the Peaky Blinders gang. Although, as it was used as a remand prison, criminals were only incarcerated here for a short time while on trial.
For this reason, the prison lacks some of the facilities you'd find in a longterm penal establishment and inmates would be confined to their cells as there's no dining area or exercise yard in this fairly small city centre building. The cells are spread over two floors and a basement level, where an underground tunnel provided a secure link to the city's law courts across the street.
The prison is built on the site of a former workhouse, a grim place that would have seen the poor and down and outs from society suffering in appalling conditions, adding to the building's longstanding history of misery, suffering and incarceration. 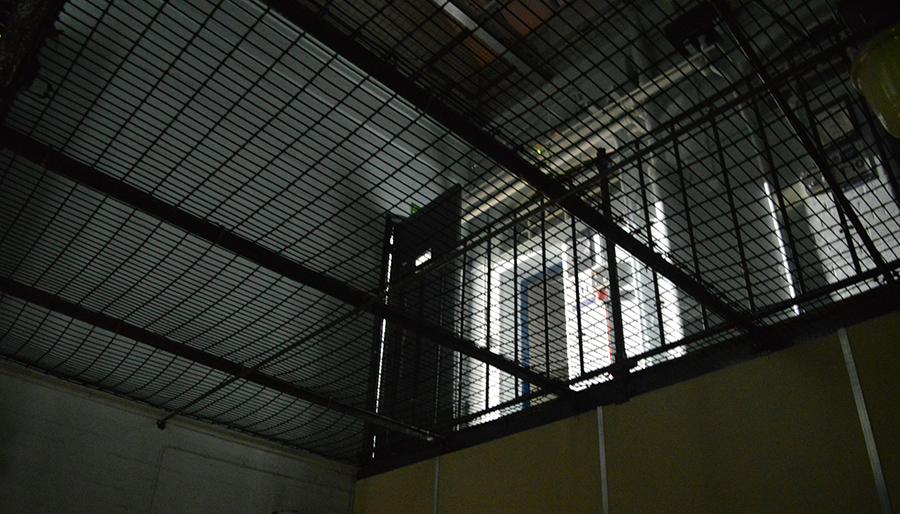 The lock-up's doors were slammed shut for the final time in 2017, but have any of the jail's inmates stayed at the prison way beyond the end of their sentence? Unlike many locations which host regular ghost hunts, the lock-up doesn't have a huge amount of ghost stories associated with it.
This could be down to the fact that Steelhouse Lane was only a remand prison. It seems unlikely that the spirit of a former inmate would return to a place where they had only been help temporarily. It's much more likely they would haunt a cell that they were incarcerated in permanently or died in.
However, thousands of angry and violent prisoners did pass through the building and spend some of the most important and emotional days of their lives here as they awaited a verdict.
Since the prison closed there has been stories of dark shadows walking across empty landings and reports of objects moving on their own. Visitors have heard jangling keys and the cries of a distraught woman coming from the dark and empty cells. The sound of heavy booted footsteps are often heard and cell doors are said to slam in the dead of night.
Most of the paranormal activity is said to happen in cell B23, which is situated in the end of the basement that once housed female inmates and in cell B2, which once held one of the prison's most infamous inmates. 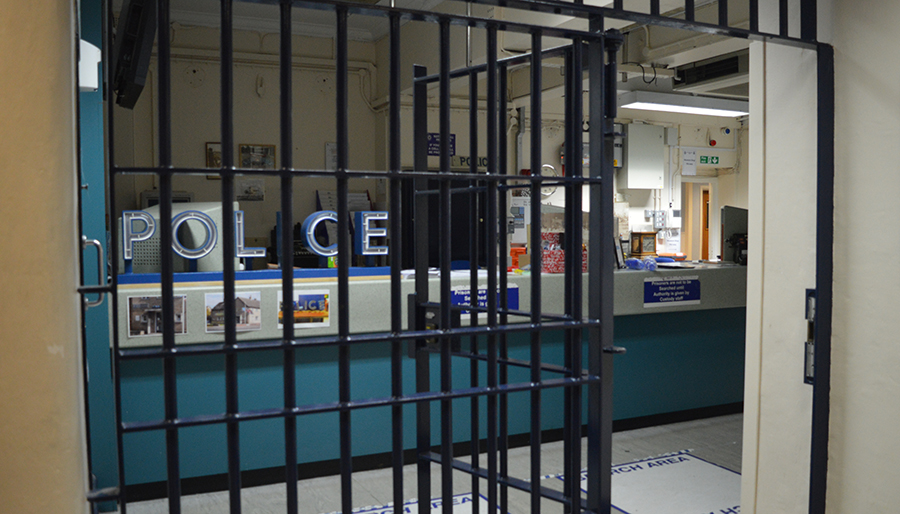 We arrived at the prison as part of a group of about twenty people. The first thing that hit us upon entering was the heat. The prison has the potential to be very cold, but despite being abandoned it now operates as a museum and was toasty and warm inside, which was a nice change for a ghost hunt, especially at this time of year.
We were greeted by our guides from Haunted Happenings, Michaela and Caroline, who gave us the usual welcome speech followed by a tour of three floors. The HH team were also joined by three members of staff from the West Midlands police force who have worked in the building.
The paranormal investigation started in the far end of the basement, outside the cells that once housed female prisoners. Things started out quite active, we heard a few odd bangs and what sounded like footsteps. Although odd, it was hard to conclusively say what the sounds were. The lock-up is a very central location and the sound of the city's traffic and passers-by can always been heard through the building's old glass roof, which also lets in quite a bit of draught.
We were then split in to two teams to carryout smaller vigil throughout the prison. As it's quite a small building, I thought there is the chance the sound of other groups could be heard from another balcony, but this wasn't actually a problem with the right separation.
We started at with a Ouija board session overseen by Michaela, however most of our group were a bit unsure about using them because of the perceived (and inaccurate) negative connotations linked to spirit boards. In fact only myself, one other guest and the friend I attended the event with were willing to get involved, this was a first for an event like this.
Three people wasn't really enough to really get the board moving, we tried out on the landing on the basement level and in one of the cells, and although the planchette moved a little, it failed to spell anything out.
We then swapped with the other team and Caroline talked us through some table tipping. The idea of this is that participants lightly place their fingers on the edge of the table and ask any spirits present to rock, move and even spin the table. Ironically, all of the guests in our time were willing to get involved with this, even though in principle it's no different to communicating with spirits using a Ouija board.
I've seen some great examples of table tipping at public ghost hunting events in the past, but tonight the table proved to be unresponsive. So, I took the opportunity to do a lone vigil in one of the cells. I sat on the original bed with the door closed. The cells were completely empty other than the bed and a toilet. It was interesting sitting in the dark on my own and getting a feel for the natural sounds of the prison, however the cell proved to be as quiet as it was for the guests outside.
We were then given some free time, so we made the most of our time exploring the prison's three floors, the cells, the former staff rooms, office and public areas, and peering into the Victorian tunnel leading to the courts. 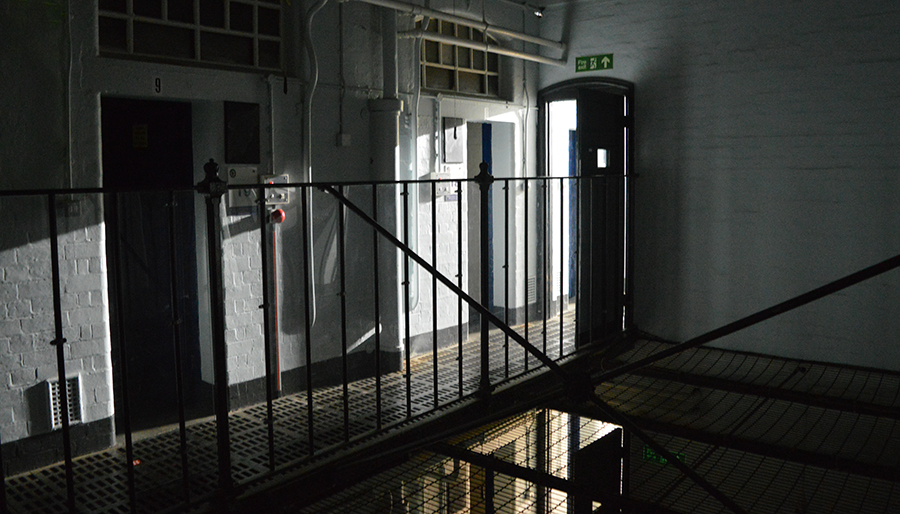 Although the start of the night had been quiet, this can happen on a ghost hunt, paranormal activity is never guaranteed and doesn't happen on demand. However, the last half of the evening was more eventful and more interesting. We first held a séance in the old staff room on the top floor of the prison. There, five of us, including two of the police staff tried some glass sliding.
The idea is again similar to a Ouija board, but instead of sliding a planchette around the board, you ask the spirits to slide a glass around the table. I called out to the spirits and said "if there's anyone here with us, slide the glass to my end of the table" and straight away and unexpectedly, the glass shot down the table, so fast that the guest at the other end couldn't keep up with its movement and her finger slipped off.
The glass continued to move around the table quite rapidly, sliding towards me to answer "yes" and away from me to answer "no". The glass indicated that it knew one of the guests around the table, he was a former police man who has connections to the prison, so it's possible.
We managed to narrow down through questioning that we were talking to a former police man, who worked in the prison in the 1960s, but the man in our group didn't know anyone who worked at Steelhouse Lane in the 60s. In fact he didn't know any policemen from the 1960s at all, even though I helpfully suggested the name Nick Berry.
However, the spirit later contradicted itself and said it didn't actually know the police man. The spirit also took a liking to one of the police staff. She was sat next to me and strangely, every time the glass slid to me to indicate "yes", it would rest for a brief moment before sliding off to the side towards her for no reason. The police girl was quite surprised by this too and couldn't understand why the spirit was attracted to her. I could.
For the final session we went back out into the cell block, because the three members of the police staff had been good value in the last session, I joined them in a few of the cells where we used various ghost hunting gadgets, including an EMF meter and took it in turns calling out to the spirits.
In the first cell we went into on the top floor we heard a strange hissing sound, which lasted a good few seconds. Although we couldn't workout what it was at the time, when we exited the cell, we realised it was nothing more than rain on the cellblock's glass roof.
We then went down to the middle floor and once again sealed ourselves inside a cell. We put the EMF meter down on the floor as we had done in the previous cell and straight away it started to beep and flash. This continued for the rest of our time in the cell, despite there being nothing electrical that should have triggered it. We introduced two more EMF meters and they all registered the same intensity of electromagnetic fluctuation wherever they were placed on the cell's floor.
With that, our night at Steelhouse Lane came to an end. It was one of the better locations I've visited with Haunted Happenings and one of the most interesting investigations, especially the glass sliding, which was an excellent example of the phenomenon.
I'd like to say a big thanks to Michaela and Caroline for guiding us throughout the night and the rest of the guests, who made the night fun by being great sports and getting involved.
You can book your own ghost hunt at Steelhouse Lane Lock-Up with Haunted Happenings, find out more here.
Tags:
paranormalghost huntsbirminghamhaunted happenings