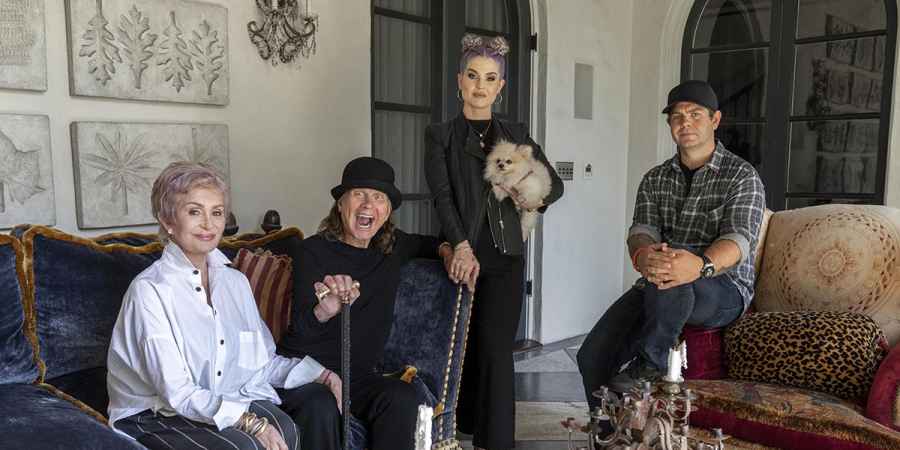 The first family of darkness lead the US Travel Channel's third annual "Ghostober" programming event this Halloween.
Fans of ghost hunting television will be familiar with Jack Osbourne's passion for the paranormal as the star of 'Portals To Hell', the second season of which aired on Travel Channel earlier this year.
Now Jack returns for the channel's Halloween schedule with a family fright night like no other. He'll be taking Ozzy, Sharon and Kelly on their first ever paranormal investigation together in a two-hour special entitled 'The Osbournes: Night Of Terror'.
The show will premiere on Friday, October 30 and will feature the famous family on a ghost hunt inside Los Angeles' historical Heritage Square, a collection of horrifying, active haunted houses believed to be the most haunted hotspot in the area and never before been investigated for television.
As Jack and Kelly go deep into the night to investigate prolific spirit activity, Ozzy and Sharon monitor the action from basecamp. Terrifying encounters aside – of which there are plenty – in true Osbourne fashion, there's a never a dull moment.
With Kelly and Jack on the front lines of the investigation confronting unexplained disturbances, skeptics Ozzy and Sharon provide lively feedback and guidance hoping to mitigate the paranormal danger their kids are sure to face.
There's no word as yet whether the 'The Osbournes: Night Of Terror' special will air in the UK over Halloween, but in recent months Travel's British sister station Really has been catching up to the US channel.
Over the last year we've seen the networks bring the premieres of new shows and episodes closer together for American and British audiences. If this trend continues into October, it could mean that British fans of the paranormal will get to see the Osbournes' special over Halloween too.
The series follows Ozzy and Sharon's appearance alongside Jack on the Travel Channel earlier this year in 'Watching With The Osbournes', a one-off special aired during the peak of the global coronavirus lockdown. The show saw Ozzy and Sharon Osbourne sat on the sofa watching Jack's, paranormal show 'Portals To Hell'. 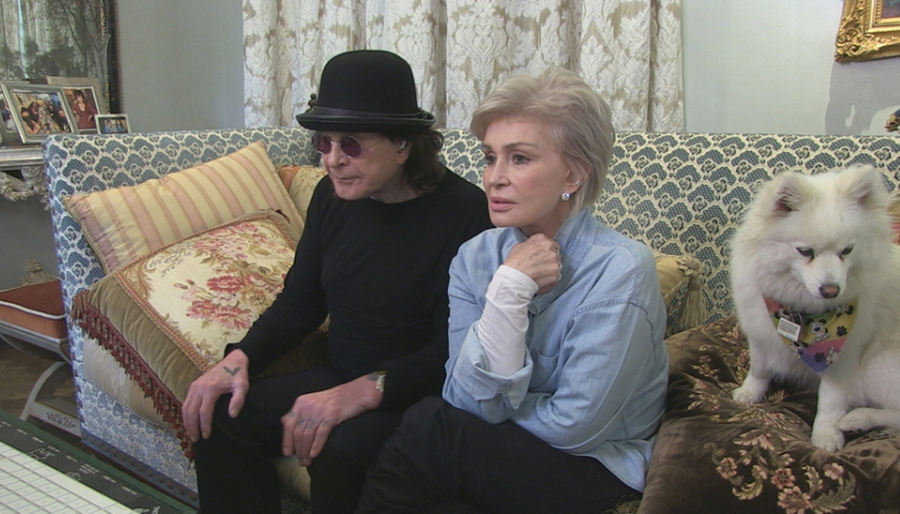 Also on Friday, October 30 there's a chance to see a sneak peek of the new season of Jack's series, 'Portals To Hell', which he stars in alongside fellow investigator Katrina Weidman.
In the hour-long preview the duo head to Poquetanuck, Connecticut, to investigate Captain Grant's Inn. The Inn was built in 1754, and is rumoured to be Connecticut's most haunted home.
The current owner, Carol, claims that shortly after she purchased the property in 1986, she was taken over by an evil spirit. Jack and Katrina are shocked to learn that Carol took matters into her own hands and conducted an exorcism to eliminate the angry spirit.
For 10 years following the exorcism, the paranormal experiences were mild, but soon Carol and her guests started to experience an uptick in ghostly activity. To this day, she claims to have cataloged over 300 spirits haunting the property.
Now, in a never-investigated-for-television exclusive, Jack and Katrina seek to discover if these are historical hauntings or if there is something more sinister at play.
In a risky attempt to get answers, the duo ask Carol to join the night investigation for an unprecedented experiment that leaves the entire team speechless.
'The Osbournes: Night Of Terror' and 'Portals To Hell: Frightmare In Connecticut' will air as part of Ghostober, the US Travel Channel's month-long schedule of spine-chilling programming.
The television event culminates with "7 Nights Of Fright", which begins with the top 20 spookiest unexplained videos in the world with the two-hour finale of 'Paranormal Caught On Camera: Top 100' on Sunday, October 25.
The schedule also includes a two-hour 'Ghost Adventures' special filmed at Joe Exotic's infamous Greater Wynnewood Animal Park in Oklahoma.
The lineup also includes new 'Ghost Nation', 'Destination Fear' and 'The Holzer Files', and three brand new 'Shock Docs' specials.
Then on the big night itself, Saturday, October 31, Travel Channel wraps up Ghostober with the ultimate series crossover featuring superstar paranormal investigators from two of the network's hit shows, 'Ghost Nation' and 'Kindred Spirits'. The ghost-hunting teams reunite for the first time in nearly a decade to explore frightening activity inside an illustrious Newport, Rhode Island, mansion in 'Ghost Nation: Reunion in Hell'.
The Ghostober 2020 celebration will also feature heavily on TravelChannel.com and Travel Channel's Facebook, Twitter and Instagram pages. Fans can check out exclusive content from their favourite shows, behind-the-scenes videos, cast interviews, photos and more.
Tags:
paranormaltelevisiontopicalthe osbourneshalloweenhalloween 2020