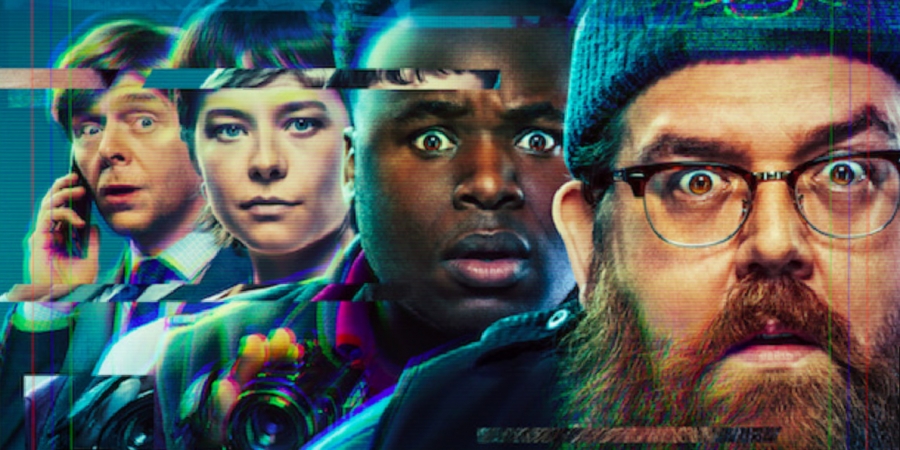 All eight of episodes Simon Pegg and Nick Frost's upcoming comedy-horror series, 'Truth Seekers', will land on Amazon Prime Video just in time for Halloween.
It was confirmed by Amazon last year that the British comedians upcoming ghost hunting themed series would find its home on Prime.
The show's trailer drop over summer and features Nick and Samson Kayo taking on the rolls of their paranormal alter-egos, Gus and Elton, two broadband installers turned part-time paranormal investigators who aim to uncover and film paranormal sightings across the UK, at locations they're sent to by their boss Dave at the telecommunications company, Smile, played by Pegg.
Amazon have now confirmed that the entire series will be available to stream on Prime Video from Friday, October 30, just in time for a Halloween binge.
Simon and Nick are no strangers to the world of the paranormal and the weird. In 'Shaun Of The Dead' the duo battled the living dead, they befriended an extraterrestrial in their 2011 movie, 'Paul', and their 2007 comedy 'Hot Fuzz' has many references to strange and quirky occult practices.
The series has an old school horror feel about it, and is heavily influenced by Simon and Nick's love of the paranormal and ghost hunting. It will follow the duo as they search for spooks in haunted churches, underground bunkers, and abandoned hospitals using an array of homemade ghost-detecting gizmos. The investigators will share their adventures and findings on an online channel.
The cast also includes Malcolm McDowell, plus Emma D'Arcy playing Astrid who comes to the gang looking for help with a haunting. There's also Susan Wokoma who plays Helen - the highly-strung agoraphobic sister of Elton, and the brilliant comic actor, Kevin Eldon.
Simon earlier confirmed that each of the eight half-hour-long episodes will revolve around a different paranormal case, but it's not yet known if the locations they visit will be genuine haunted buildings or fictional locations. We do know that they filmed for the show in Victorian mansions, a haunted hospital, a disused bio-lab and the abandoned Shredded Wheat factory in Welwyn Garden City.

As the paranormal activity the team experience increases, they begin to uncover a looming supernatural disaster that could threaten the entire human race. Simon explained that the trio will start their journey into the supernatural as a "small business venture," but he says that "it will expand as the series goes on to be something far more global."
You can find out more about the supernatural series ahead of its October 30 release in next month's edition of Haunted Magazine. Issue 28, which is available to pre-order at the beginning of the month will feature interviews with the cast of the series.
We asked Haunted Magazine's editor Paul Stevenson what we can expect from the highly anticipated Prime series, but he wasn't giving much away. He told us, "our lips are sealed, our mouths are filled with cheesecloth topped with potato starch, it's amazing I can talk really. All I can say is wait and see in October..." 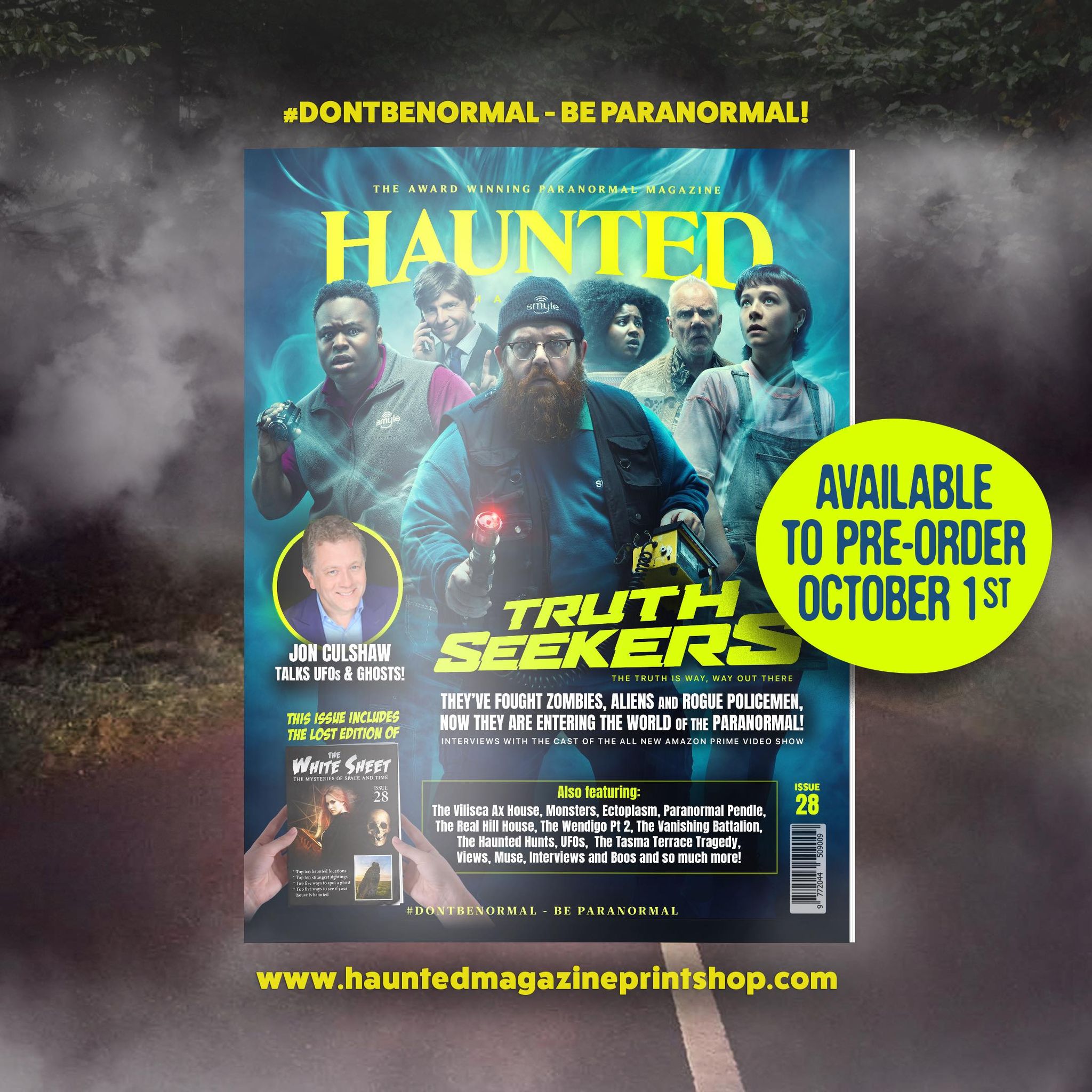 The bumper issue, which will land on your coffee table in time for Halloween, also features a pull-out mini-mag. The lost issue of The White Sheet will contain a collection of haunting features.
Make sure you don't miss out on the 'Truth Seekers' buzz and pre-order your copy of Haunted Magazine from October 1, or subscribe now at hauntedmagazine.co.uk.
Tags:
paranormaltelevisioncomedytopicalamazon primehalloweenhalloween 2020