Danny Robins Confirms 'Uncanny' Will Return For A Second Season 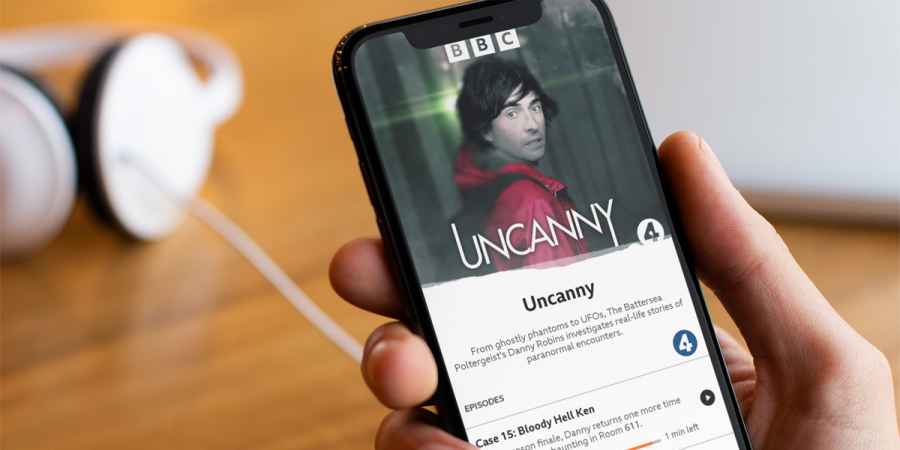 Danny Robins says "bringing more and more new original ghost stories into the world is what I'd like to do" as he announced a second season of his supernatural podcast series, 'Uncanny', and an exciting new project.
The supernatural podcast, which coined the catchphrase "bloody hell, Ken", came to a dramatic end this week with some huge revelations on some of the cases featured in the series.
After 15 episodes, in which Danny explored everything from poltergeists, crisis apparitions, guardian angels, UFO sightings and premonitions, the podcast's first season came to an end.
However Danny, confirmed in the season finale that he would be returning for another season at some point in the future. Danny told listeners, "I will be back, there will be an 'Uncanny' season two and we also have a new project lined up."
We spoke to Danny last week, who told us, "I think clearly, I've tapped into a desire for ghost stories and new ghost stories."
As for Danny's new project that's lined up, he told us "we're going to do another case like 'The Battersea Poltergeist' which we explore through multiple episodes, through drama and documentary."
'The Battersea Poltergeist' was a nine-part series that used a mix of dramatised retellings of original events and a documentary style investigation to examine a huge and previously untapped paranormal cold case.
Danny explained, "I think for a long time we've had a lot of the same ghost stories like Enfield and other cases that have become the canon. So, it's really nice to discover new cases that feel as rich and as deep as those, or even maybe more so, and I think bringing more and more new original ghost stories into the world is what I'd like to do."
The new project will follow in the footsteps of the Battersea case, which revolved around a haunting that started in 1956 in the childhood home of Shirley Hitching in South London and lasted for an incredible 12 years. The case was so gripping, we wondered if Danny would ever re-open that Battersea case file.
He told us, "yeah, for me that's very much an open investigation that we will keep coming back to as and when I think." He added, "we've had some people contact us, new witnesses coming through that we were able to feature and mention in the live show we did in November, and so I think we might come back to that and do a bonus episode."
The first season of 'Uncanny' came to an end on Tuesday with updates on some of the most gripping cases from the series. Including some new information on the Luibeilt case, a revelation relating to the case of journalist Hannah Betts and her haunted childhood home, and answers to questions raised by last week's episode about the haunting of Tanfield House.
Danny offered up a huge thank you to all of the witnesses who featured in the series and said, "it's scary having one of these experiences, but it could be even scarier telling people about it."
If you've missed the final episode of 'Uncanny', you can listen back to that and to all previous episodes on demand now on BBC Sounds.