Would You Do The Rizzle? 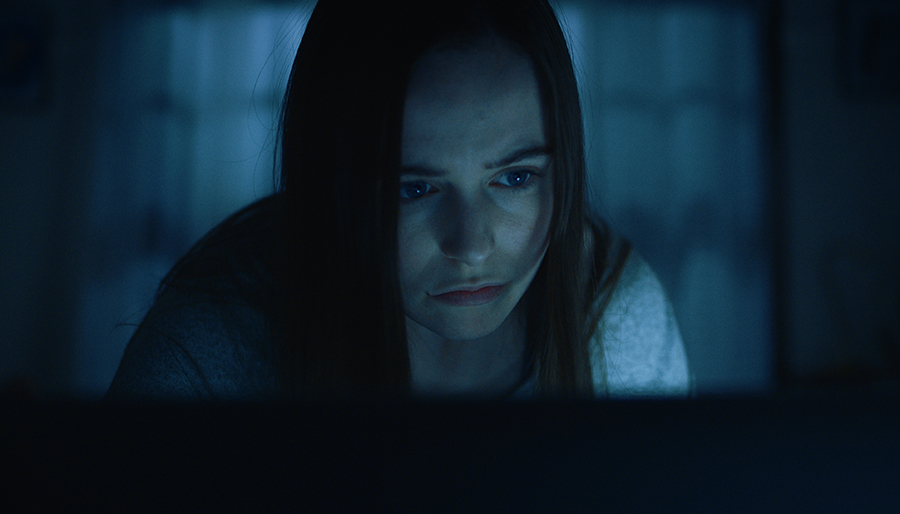 Imagine if you found an anonymous-looking video online with zero views. It features an eerie vaudeville dancer from the 1920s performing an unusual dance routine called "The Rizzle". The video's ominous description simply reads "try The Rizzle if you dare." Would you?
That's exactly what happens to Elena in a Halloween short film called, 'The Rizzle'. Elena, played by Holly Rooth, has a love the roaring 1920s, but it's a fondness she'll soon regret after finding the video featuring the creepy dancer, played by Steven Bishop.
The film's director and co-writer, Josh Tanner, said "The Rizzle is about a young woman who comes across a grainy old film from the 1920s, which dares her to try a couple of dance moves from the era and she takes that dare to her own possible demise."
The short has is one of eight to be featured in the Huluween Film Fest competition, hosted by the video streaming platform Hulu. The contest showcases up-and-coming filmmakers who are producing spooky shorts and gives them the chance to win funding to help them develop their first feature film, with the winner being announced on October 31st.
In Josh's case the funding would enable him to make a full length version of 'The Rizzle'. Josh says, "I'm not finished making the 1920s creepy!"
In a "behind the screams" making-of video, the Australian filmmaker says, "the most exciting thing about making the film was very much the period elements and being able to discover what The Rizzle dance would be."
If you're brave enough to watch 'The Rizzle', then be sure to share it to help increase its chances of winning the film contest this Halloween.
Add A Comment
Tags:
paranormalhalloween 2018

Was The Inside No. 9 Halloween Special Really Live?

Romantic signals could get a little mixed up in the "he said, she said" department. Remember to communicate your intentions, don't assume your partner can read your mind. They may not even be able to understand all your words right... Read More

Get A Higgypop T-Shirt Or Hoodie